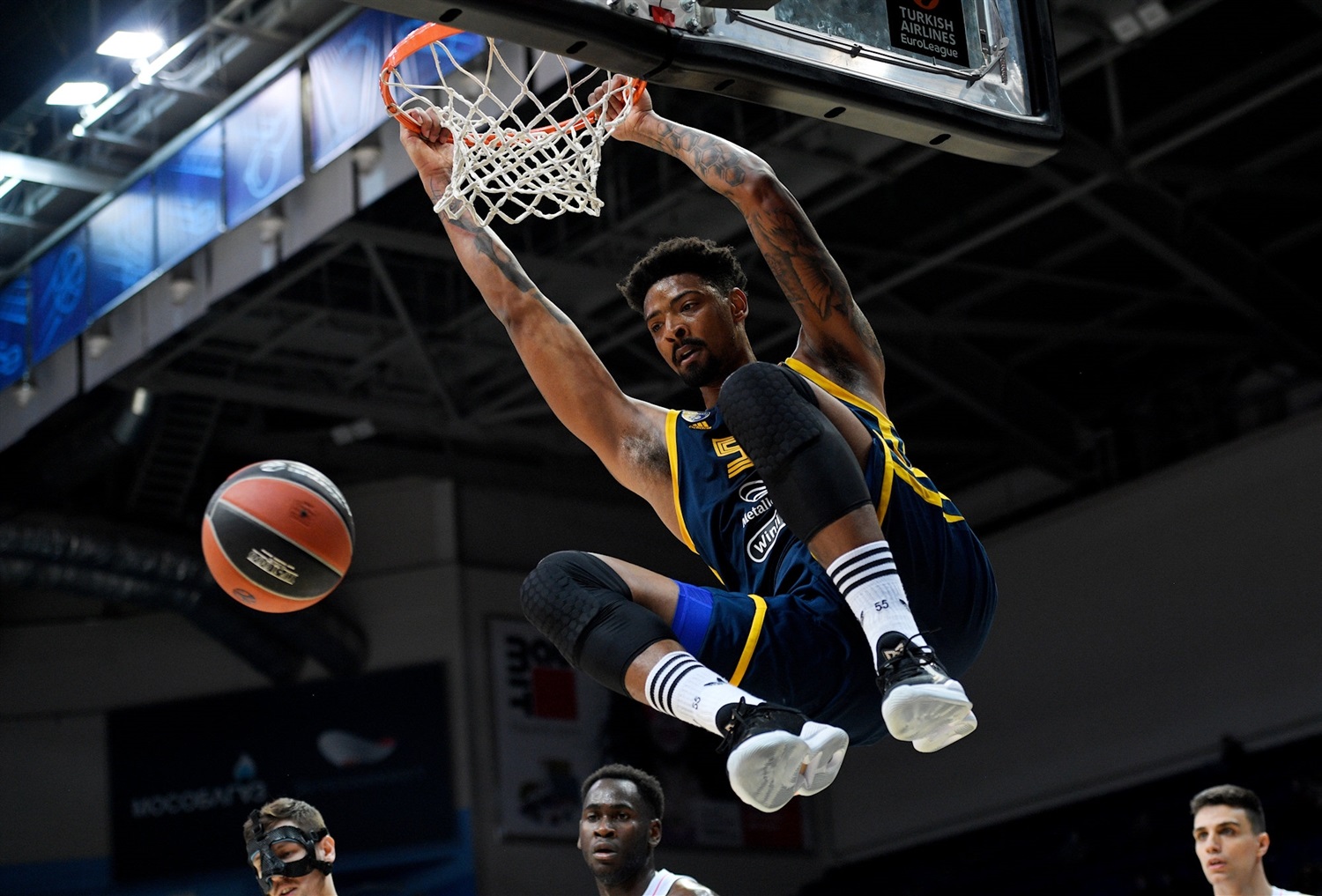 The biggest upset of the EuroLeague season took place in Moscow, where Khimki stunned Real Madrid and returned to the winning track.

Alexey Shved hit the game-winning two-pointer (with 17 seconds to go) and helped the Russians snap a 17-game losing streak (78-77).

On the other hand, the “Whites” continue to struggle and lost for the fifth time in the last eight EuroLeague games.

The Turks came back from a double-digit deficit in the first quarter and outscored their opponents 53-43 in the second half to seal the deal.

Efes extended its winning streak in the EuroLeague to five games, improving to 16-10.

For their part, Valencia dropped to 14-13 and is outside the EuroLeague playoff zone.

Zalgiris Kaunas stood tall in a hard-fought battle against ASVEL Villeurbanne and earned the 85-75 victory at home.

A 27-17 run in the third quarter was enough for the Lithuanians to take a double-digit lead (67-57) and never look back.

On the other hand, ASVEL snapped a six-game winning streak and dropped to 12-15.

FC Barcelona recovered from its home loss to ASVEL Villeurbanne last week and rallied past Panathinaikos in Athens (77-85).

The Catalans took over from the second quarter onwards and never allowed the “Greens” to come closer than six points.

Nikola Mirotic had a season-high 25 points for the winners, who remained on top of the EuroLeague standings (19-8).

On the contrary, Mario Hezonja had 21 points and a career-high 20 PIR in his debut with Panathinaikos, which dropped to 9-16.

CSKA Moscow survived a late thriller against Maccabi Tel-Aviv on the road (80-84).

CSKA Moscow improved to 18-8 in the EuroLeague standings, whereas Maccabi dropped to 10-15.

Bayern Munich came back from a double-digit deficit and edged Crvena Zvezda on the road (76-78).

The Bavarians trailed for the majority of the game, but outscored the Serbians 19-28 in the fourth quarter to earn the victory.

Bayern improved to 17-10 and maintained a top four push in the EuroLeague.

On the other hand, Zvezda dropped to 7-19 and remained next to the bottom.

Zenit Saint Petersburg turned things around late in the game and rallied past ALBA Berlin at home (87-71).

The Russians trailed by 11 late in the third quarter (53-64), but outscored the Germans 19-4 in the fourth quarter to cruise to the win.