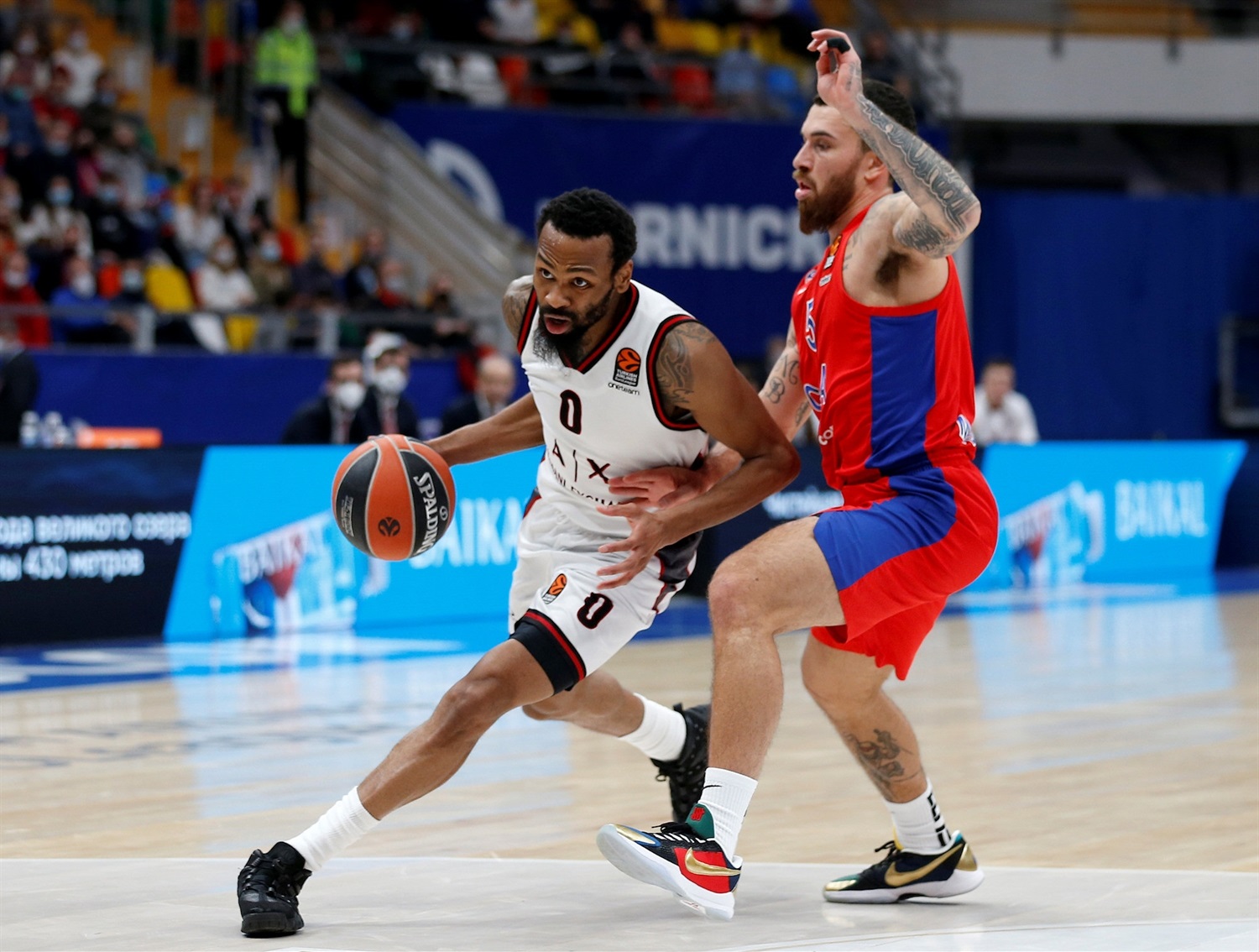 Kevin Punter went for a new career high in the EuroLeague and helped Armani Milano rally past CSKA Moscow on the road (76-84) and maintain a top four push.

Punter exploded for a career-high 32 points (9/16 shooting), as Armani dominated CSKA from start to finish to cruise to win.

The Italians defeated the Muscovites on the road for the first time in more than 10 years and now are at 19-10, overtaking CSKA, which dropped to 18-10.

Barcelona survived a late thriller at Wizink Center and is one step away from the postseason, thanks to its 76-81 victory over arch-rivals Real Madrid.

The Catalans swept the regular season series against the “Whites” and remained on top of the table, at 21-8. For their part, Real lost for the fourth time in the last six EuroLeague games and dropped to 17-12.

Maccabi Tel-Aviv is on the brink of elimination, after its blowout loss to Panathinaikos in Athens (81-63).

The “Greens” dominated the Israelis in the fourth quarter and outscored them 23-8 to cruise to the victory. Panathinaikos snapped a three-game EuroLeague losing streak and improved to 10-17, but has already been eliminated.

On the other hand, Maccabi now is at 11-16, but has three more games to play, which were suspended due to the coronavirus pandemic.

The Israeli powerhouse is five wins away from eighth-placed Zenit Saint Petersburg (16-11) at the moment.

In a battle between two teams that have already missed the EuroLeague playoffs, Crvena Zvezda rallied past Khimki at home (92-81).

The Serbians came back from a double-digit deficit and outscored the Russians 58-43 in the second half to win the game.

Zvezda snapped a nine-game losing streak in the EuroLeague and improved to 8-21. On the contrary, Khimki remained on the bottom of the standings, at 3-25.

ALBA Berlin maintained its good form and defeated ASVEL Villeurbanne on the road (89-95) to end the French’s playoff hopes.

The Germans have now won three of their last four EuroLeague games, improving to 11-18. On the other hand, ASVEL lost its third straight in the EuroLeague and dropped to 12-17.