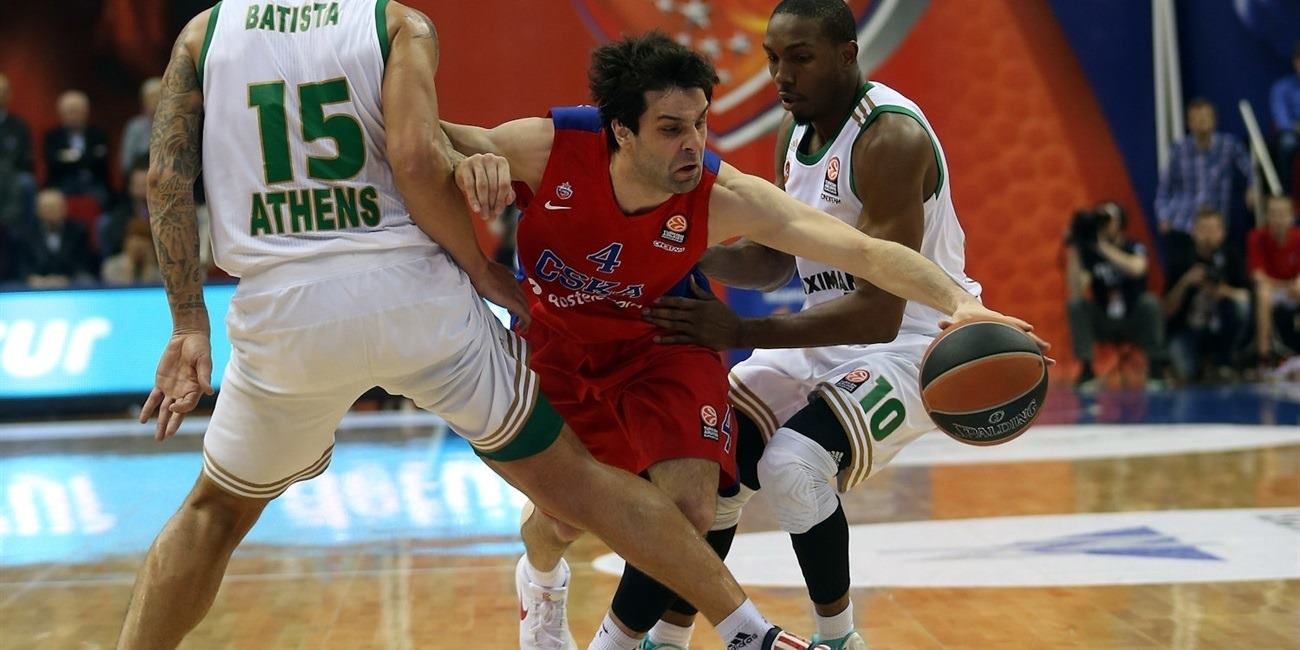 The Top 16 only wrapped last week, but it is full steam ahead for the Euroleague Play-offs as two contests opened the first knock-out stage of the competition. The remaining eight clubs in the competition have been drawn into four two best of five series’, the winner on aggregate booking a berth in the Final Four showpiece in Madrid.

Fenerbahce Ulker Istanbul vs. Maccabi Electra Tel-Aviv, 80-72
At this time last season Fenerbahce had flattered to deceive. The Turkish club flew through the early stages before collapsing in the Euroleague Play-offs. Maccabi Tel Aviv on the other hand was slowly moving into gear this time last year, finding form that would eventually lead to the club winning the competition. However, Fenerbahce seems a different prospect this term and the club picked up a Game 1 victory over the champs at home to start on the track to the Final Four.

Of course, much will depend on next week when Tel Aviv holds home court advantage, but before that Fenerbahce can extend its lead with another home game on Friday. As for Tel Aviv, the Israeli giant has been in patchy continental form though. In other words, the series is far from finished, but it is certainly advantage Fener at this point in proceedings.

The hosts were trailing with just 11 minutes to play, but rallied behind a strong fourth quarter with a 21-14 run. Jan Vesely paced the winners with 23 points, while he also added 7 rebounds. Nemanja Bjelica added 13 points for the winning team.

Jeremy Pargo hit a game high 25 points to keep Tel Aviv in the game, followed by 12 points from Yogev Ohayon, and a double-double of 11 points and 11 boards from Alex Tyus.

CSKA Moscow vs. Panathinaikos Athens, 93-66
CSKA Moscow has been the form team of this season’s competition. Despite a few slips through the Top 16 the Russian club has been in consistently deadly touch. CSKA opened its Euroleague Play-off campaign in style by putting Greek giant Panathinaikos to the sword. Both clubs will consider themselves contenders for the title, but ultimately it seems there is a gulf in class and CSKA will be looking to stamp home its authority in Game 2, which is also in Moscow.

The hosts paced to a 29-21 lead through the first quarter and then extended in a big way through the second act. A combination of stellar play at both ends of the court from CSKA and Panathinaikos shutting down saw the Russians put together a 27-6 run. CSKA dominated the score board and never looked back, even comfortably dealing with a late surge from The Greens in the fourth quarter.

Milos Teodosic had another classy game as the playmaker claimed 18 points and 8 assists. Following the architect were Demetris Nichols and Manuchar Markoishvili with 13 points apiece.