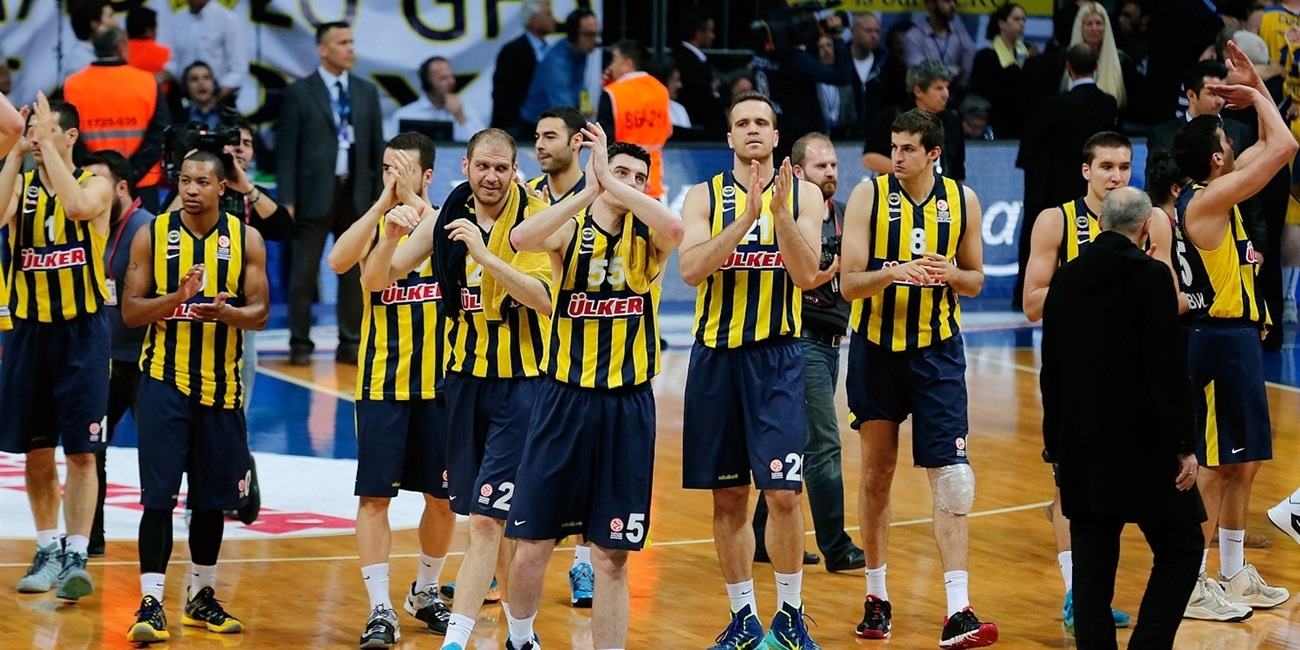 Both Fenerbahce and CSKA Moscow kept up winning momentum by securing victories in Game 2 of their best of five Euroleague Play-off series’.

Russian powerhouse CSKA had already put Panathinaikos Athens to the sword in Moscow on Tuesday and it was very much a repeat performance this evening. The VTB League club looked formidable in defeating Panathinaikos with ease. Fenerbahce had found the going tougher against reigning champs Maccabi Tel Aviv in Game 1, but still recorded the win. It was a similar story in Game 2, although the Turkish champion managed to pass Tel Aviv once again.

The result is both Fenerbahce and CSKA Moscow protecting 2-0 leads in their respective series’ as both club now head on the road.

CSKA Moscow vs. Panathinaikos Athens, 100-80
In Game 1 CSKA sent a message by downing Panathinaikos 93-66, and just in case there were still some thinking it was a lucky score line, the club repeated the feat. This time the Russians nailed their Greek opponents 100-80 in Russia as the Euroleague’s form team of the season marched on. As for Panathinaikos, the powerhouse fights on and will host Game 3, but the pressure is now on as one more defeat will send CSKA to the Final Four showpiece in Madrid.

The hosts settled into a rhythm quickly and by the end of the first quarter the difference in class was already showing with CSKA leading 21-14. Panathinaikos picked up the scoring to drain 21 points in the second frame, but the Moscow club raised its own tally with a 26 points haul that made it 47-35 through halftime. A 25-19 charge in the third quarter from CSKA Moscow all but killed the game, the home team nursing a 72-54 lead going into the last act. In the fourth the visitors could not reply, handing CSKA the victory.

Fenerbahce Ulker Istanbul vs. Maccabi Eelectra Tel Aviv, 82-67
After an 82-70 win in Game 1 of the Euroleague Play-offs, Fenerbahce continued its stunning form from the Top 16 by defeating Maccabi Tel Aviv for a second consecutive game. Current champions Maccabi Tel Aviv were once again outfought by the Turkish hosts, and in fact Fenerbahce seems to be improving. That is a dangerous prospect for the champs, who now take Fener back to Israel on Monday in game it simply must win to stay in the competition.

Fenerbahce went big in the opening exchanges and through the opening period the hosts poured in 30 points through Tel Aviv’s bucket. The Israeli club responded with 14 points, heading into the second frame chasing a huge double digit deficit. Maccabi Tel Aviv reeled in Fener during the second stanza, tying 20-20 through the 10 minutes stint; making it 50-34 through the long break. With 16 points the difference, the Turkish home club looked in control and even though Tel Aviv fought hard the away team could not change the outcome.

Andrew Goudelock was quiet in Game 1, but he topped the scoring in Game 2 with 19 points, while Semih Erden netted 12 points and Bogdan Bogdanovic 11 points. Nemanja Bjelica was huge off the glass as he recorded 15 rebounds, although his 9 points did no harm either.

Jeremy Pargo was the go to guy for Maccabi Tel Aviv again, this time he topped the team with 16 points. Brian Randle was good for 13 points in the loss, followed by Nate Linhart with 12 points and Sylven Landsburg with 11 points.