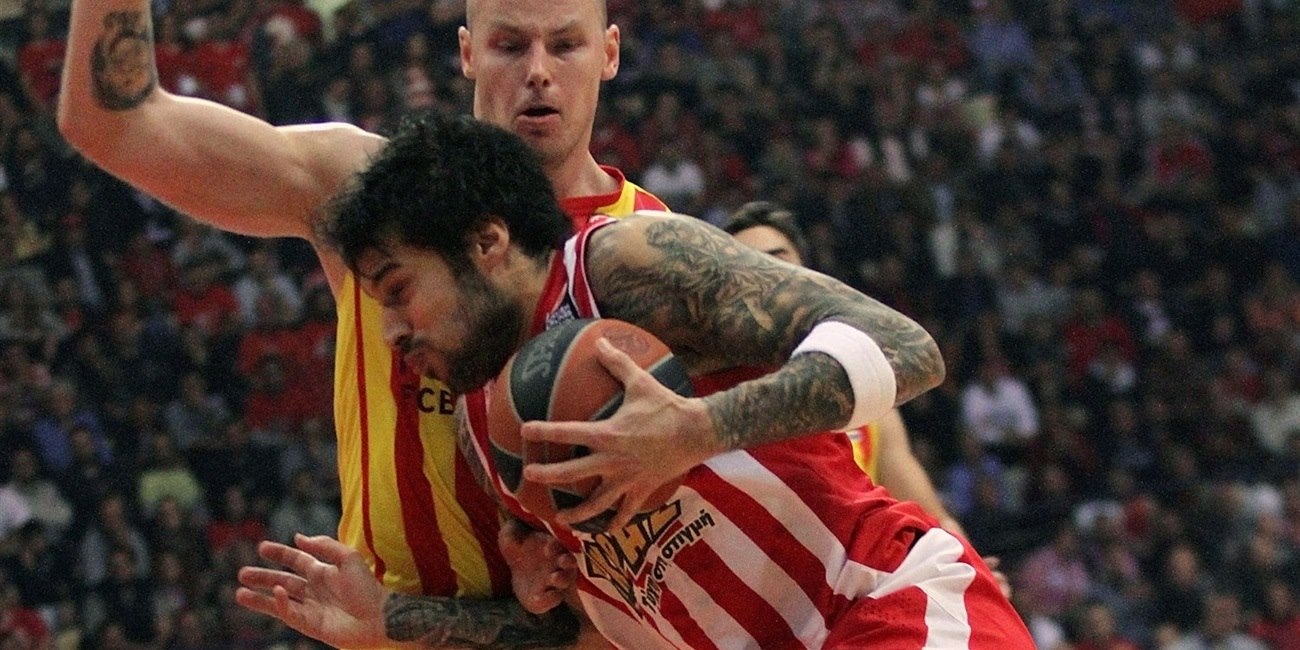 All eyes turn to the Euroleague Final Four as the quartet of clubs to compete in this season’s showpiece in Madrid have been settled. Fenerbahce was the first through after sweeping its series over current champs Maccabi Tel-Aviv on Monday to reach its first ever Final Four. Next up was CSKA Moscow, passing Panathinaikos 3-1 on Wednesday.

On Thursday Real Madrid and Olympiacos completed the Euroleague Final Four picture. Madrid booked passage to the event it will host by edging past Anadolu Efes Istanbul 3-1, while Olympiacos passed Barcelona by the same series score line in an impressive effort overall.

Anadolu Efes Istanbul vs. Real Madrid, 63-76
Real Madrid got to grips with the Istanbul faithful and tamed Anadolu Efes in an impressive series winning performance on Thursday. Los Blancos slipped on Tuesday as Anadolu clawed a game back to make it 2-1 and with this Game 4 also in Turkey, it was a prime chance for Efes to tie the series. However, Real Madrid looked in control throughout and punched its ticket to a third consecutive Euroleague Final Four.

Anadolu Efes led in a quality first quarter, outpacing Real to make it 21-18 at the end of the first set. The hosts carried the momentum through the second frame and used an 18-15 run to make it 39-33 during the midway point. The Turkish club was on course for victory, but Madrid found more gears in the second half, starting by controlling the third quarter 10-18 to snatch a 49-51 lead through thirty minutes on the clock. In the fourth act the visitors took full control and eased down the straight thanks to a 14-25 winning frame.

Five players had double digits through the nets for Real Madrid, starting with Rudy Fernandez with 17 points and 6 rebounds. Sergio Llull followed with 14 points and 5 assists, Sergio Rodriguez with 12 points, while Felipe Reyes and Jaycee Carrol added 10 apiece.

Olympiacos Piraeus vs. Barcelona, 71-68
Olympiacos tied up its series against Barcelona by claiming a vital win in Game four to progress to the Final Four. The Greek giant has not been in blazing form this season, but has remained steady, and that consistency showed again in Piraeus. Of course, the win in Game 2 back in Barcelona was the true turning point and from there Olympiacos has never looked back, edging a tight series against dangerous opponents.

Barcelona was looking to salvage the series and indeed its Euroleague season, and the Catalan giant led 16-17 through the first quarter. In the second act the visitors took further control of the lead by outpacing Olympiacos 13-20 through the period. Through the long break the Spanish club led 29-37. Olympiacos spent the entire third quarter righting the problems in its game through the first twenty minutes, and as the last split buzzer sounded the hosts had tied the game 50-50. In the fourth period the Greek club played behind its big home crowd and edged the deciding quarter 21-18 to take the series win.

Vassilis Spanoulis is hitting for at the right time, the playmaker hit 17 points and dished out 5 assists during the victory for Olympiacos. Georgios Printezis scored 14 points and Vangelis Mantzaris added 11 points.

Barcelona were relatively quiet, but Ante Tomic was of course dangerous as he scored 13 points and pulled 7 rebounds off the glass. Tomas Satoransky scored 12 points and Alex Abrines scored 11 points in the losing effort.