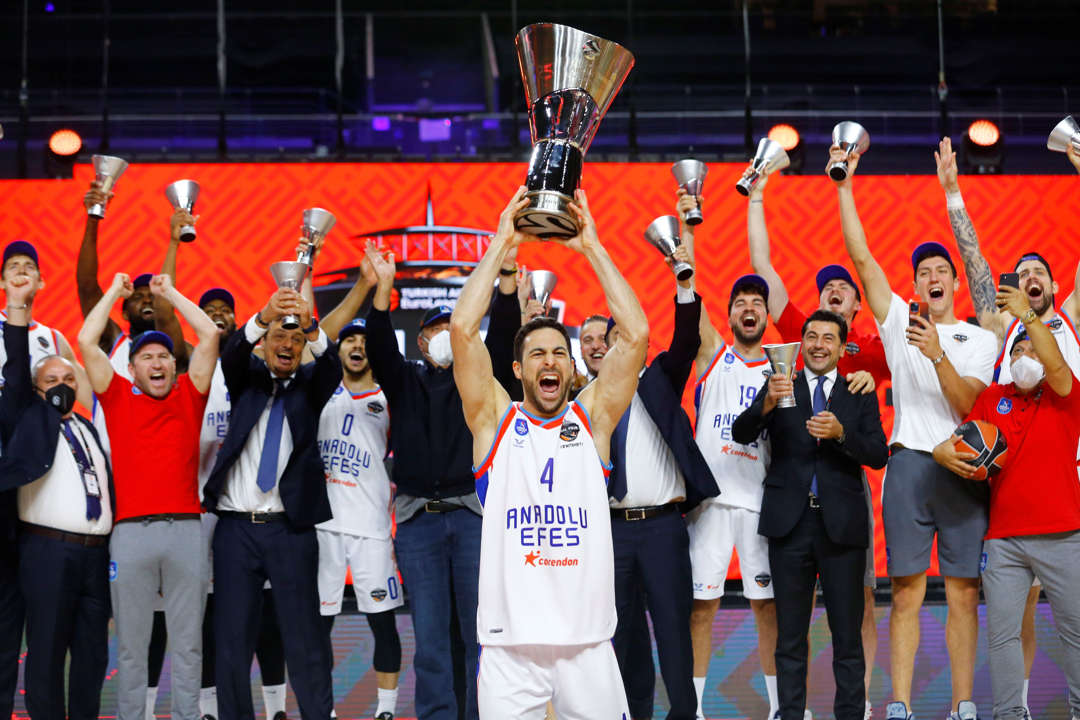 In the end, the dynamic duo’s productivity played a pivotal role in the outcome of the game.

“Two years, we talked that we could make it and we did. I’m proud of my players,” winning coach Ergin Ataman said. “We never gave up. We started the game with a lot of stress and made a lot of mistakes. Then we found our rhythm. I said in the press conference that Shane Larkin is one of the best players and this was his time with Micic. Congratulations to all my guys.”

The Turkish champions overcame a 25-15 deficit early in the second quarter en route to victory. A 21-4 run changed the tide. That decisive stretch carried Efes to a 39-36 advantage at halftime.

“! think the second quarter was the key,” Barcelona’s Leandro Bolmaro said. “We made a lot of fouls, they made free throws to come back to the game. In the third quarter, Larkin was in the game and after that Micic. I tried to help my team, tried to give my maximum. I helped the team in the Final Four, but it was not enough to win the championship.”

Entering the fourth quarter, the two-time former EuroLeague champions trailed 65-58. But a Nikola Mirotic jumper tied it at 69-69 with just under 5 minutes remaining.

To its credit, Ataman’s squad withstood Barcelona’s comeback in the final period.

Misic canned a 3-pointer to put Efes back in front, and after Barcelona star Cory Higgins’ old-fashioned three-point play knotted it at 72-all, Larkin made a bucket and earned a trip to the foul line. His free throw (his 19th point of the game) gave his team a 75-72 lead at the 3:45 mark.

Efes holds on in final minutes

From that point on, Efes led the rest of the way.

“It’s hard to say anything smart now but honestly I learned from that game that you have to save something for the end of the match,” Micic said on Euroleague TV after the game.

“Tonight I played smarter but it was Shane who kept us alive in the first half and congratulations to the whole team for doing a great job.”

Sertac Sanli, who had 12 points, was Efes’ other double-digit scorer.

In the aftermath of the EuroLeague final, Higgins said his team didn’t maintain its mental focus for the entire game.

“We had great momentum going for us and in the championship game you can’t let it slip,” stated Higgins, who scored a team-high 23 points. “We had too many mental mistakes. They shot a lot of free throws on a lot of easy fouls. I know one thing: it’s a tough pill to swallow, obviously, but in a championship game we’ve got to be better with the small details.

“I think we lost because of small details,” he conceded. “We missed a lot of easy points, which can’t be explained very easily. I said to the players after the game that we’ve had a magnificent season in EuroLeague and we were very close. We fell short because maybe we made too many errors…”

Efes and FC Barcelona advanced to the final with semifinal victories over CSKA Moscow and Armani Milano, respectively. Micic, who is set to join the Oklahoma City Thunder next season, put his stamp on his club’s semifinal triumph with 25 points and six assists.