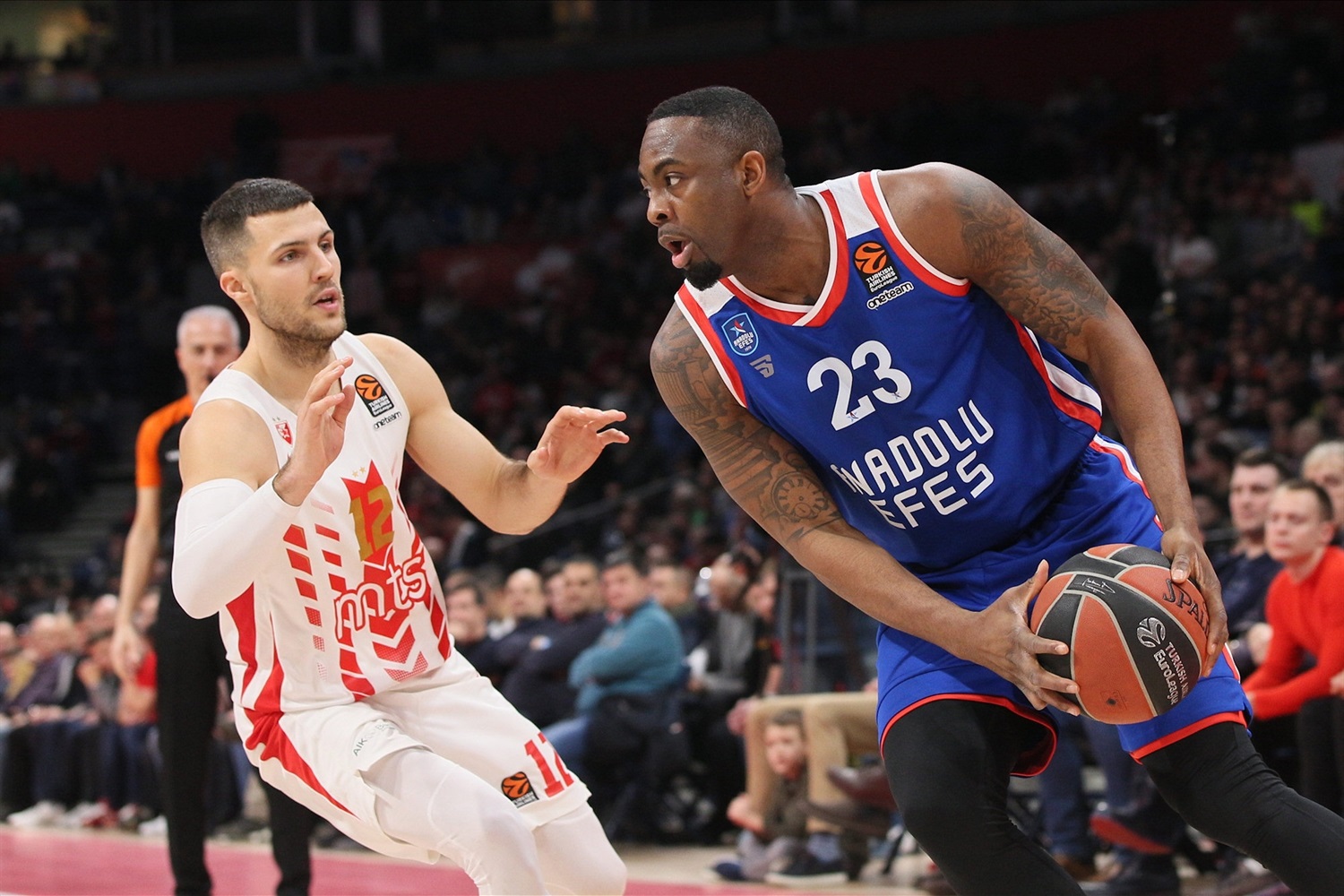 Anadolu Efes had another stellar performance in the EuroLeague and defeated Crvena Zvezda in Belgrade on Friday night (78-85).

The Turks led from start to finish and were in front by as many as 24 points in the contest (20-44). Crvena Zvezda never recovered after that and Efes cruised to an easy victory.

Efes remained on top of the standings and improved to 19-3. On the other hand, the Serbians dropped to 9-13 and missed the chance to maintain a playoff push.

This was the 15th win for Anadolu Efes in the last 16 EuroLeague games. The Turks are three games above their opponents, with CSKA Moscow, Real Madrid and Barcelona being at 16-6.

Efes is the best team in the EuroLeague at the moment and is considered the number one favorite to reach the Final Four.

The Turkish club plays excellent on both ends and has one of the deepest and most talented rosters in the competition.

Following their loss in the 2019 EuroLeague Championship Game, the Turks know their season will be successful only if they win the title.

For their part, Crvena Zvezda is one of the squads that will fight for a playoff spot.

Even though they are just two wins away from the playoff zone (9-13), they have missed plenty of chances to climb to the eighth place.

Valencia star Bojan Dubljevic was tremendous and led his team to a crucial victory over Panathinaikos at home (94-87).

Dubljevic had 19 points and seven rebounds, helping his team improve to 11-11 and maintain a playoff push.

Panathinaikos dropped to 13-9 and could not maintain a playoff push. The six-time EuroLeague champions have the upper hand in the battle of the sixth place.

However, they have a tough schedule until the end of the regular season; therefore, it will be crucial for them to create a winning streak, otherwise, their qualification for the postseason may be in jeopardy.

Valencia, on the contrary, is tied with Armani Milano in the EuroLeague standings for the final playoff spot (11-11).

The Spaniards know they have to fight until the end if they want to advance to the playoffs.