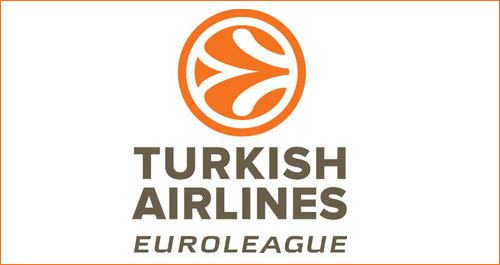 Players for the All-Euroleague teams have been nominated by thousands of global fans and the media and today the list of players has been released. Fans fromall over the world were able to vote for their favourite player, or who they thought was the best player in the Euroleague this season, while media personal from countries represented in the competition were also given a vote. The 10 names below are the players that won the votes and will now go forward to be selected for the All-Euroleague first and second teams, while eventually a season MVP will also be named from the list.

The list is dominated by teams that reached the Final Four. This is unsurprising and goes to show that a solid winning team can help the best individuals flourish. Take a look at the nominated players below. The 2012-13 Euroleague MVP will be revealed at the Efes Pilsener Euroleague Awards Ceremony on Thursday, May 9 in London during the 2013 Turkish Airlines Euroleague Final Four.

Dimitris Diamantidis, Panathinaikos Athens
Point Guard Dimitris Diamantidis has had another great season in what has been a solid campaign for the Greek giants. Panathinaikos missed out on the Final Four after an epic quarter final series with FC Regal Barcelona and along the way the team picked up a fine and has been instructed to play 4 Euroleague games behind doors. Despite the off-court problems, Diamantidis has put together another noteworthy season where he has continued to climb the all-time lists for point guards and was the second best assister in the competition with 5.78apg. No stranger to the All-Euroleague team, Diamantidis has appeared in the list on four occaisions and has also picked up the 2011 Euroleague MVP as well as two Final Four MVP crowns.

Rudy Fernandez, Real Madrid
Fernandez has been in fine touch this season and has managed to make his presence felt all over the court. The small forward has contributed plenty for Real Madrid, offering averages of 13.6ppg, 3.84rpg, and 3.04apg. However, what the stats do not tell us is that Fernandez has also added scores of 20 or more points five separate times, while the Spaniard has become known as a driving force and voice on the court.

Shawn James, Maccabi Electra Tel Aviv
Shawn James has emerged during his second Turkish Airlines Euroleague campaign to become one of the most formidable centers in the competition. The American offered plenty of protection at the back and was nominated for the best defender award, while his fine performances ensured him the accolade of the league’s best blocker with 1.93bpg over 29 games. It may only be his second season in the Euroleague, but James is good for his All-Euroleague nomination.

Victor Khryapa, CSKA Moscow
Victor Khryapa is a player that gets thing done, and he gets them done all over the court. Not a prolific scorer, the CSKA Moscow forward has once again proved himself to be one of the most adaptable players in the Euroleague. The Russian is the only player in the competition to find himself in the top 20 for rebounding, assists, steals and blocks, and he led the way with rebounds by recording 7.54rpg.

Nenad Krstic, CSKA Moscow
The CSKA Moscow center has cemented his reputation this season as one of the best big men in the Euroleague, and has backed up his performances from last season. Krstic topped the performance index rating with 17.9 per game and was once again an integral part of Moscow coach Ettore Messina’s team. Versatile and comfortable at center or power forward, Nenad Krstic could be voted to the All-Euroleague first team for the second consecutive year.

Nikola Mirotic, Real Madrid
In some ways, Nikola Mirotic has fulfilled three seasons of promise during this campaign. The Spanish center/forward has moved into the spotlight this season and become a valuable part of the Real Madrid starting five. At just 21-years old, Mirotic becomes the youngest player to ever be nominated to the All-Euroleague team, whether that be the first or second team. The player also claimed another record this season by securing the record for the highest amount of successful free throws when he hit 18 without fail from the stripe.

Juan Carlos Navarro, F.C. Barcelona Regal
Navarro needs no introduction. The Barcelona legend and former NBA player is aging like a fine wine and shows no signs of letting his scoring prowess slip. The Euroleague’s greatest ever scorer has lived up to his reputation again this campaign, and even emerged from an injury blighted season to be his team’s best scorer and most prolific marksman from beyond the three point arc.

Vassilis Spanoulis, Olympiacos Piraeus
Spanoulis’ prolific stats tell you how good the guard is as an individual player, but if you move away from the numbers you find a player that makes his team tick. The Greek is the heartbeat for defending Euroleague champions Olympiacos and his combo scoring and assisting has been invaluable for the team this season as it attempts to defend its crown. Spanoulis is ranked fourth in the Euroleague with 14.7ppg and third for assists with 5.59apg.

Milos Teodosic, CSKA Moscow
The third CSKA Moscow player on the list, Milos Teodosic has put in a strong showing and is eyeing up the MVP award. The point guard has been a consistent threat for CSKA Moscow and has contributed fully to the league’s second best attack, indeed it has been the second consecutive season in which the Russian has excelled. Teodosic is the league’s best three point shooter with an incredible 59 beyond the line scores to his name this season, while he is the only player to have notched two games where he achieved more than 10 assists.

Ante Tomic, F.C. Barcelona Regal
This has been a breakthrough campaign for Ante Tomic, where the 26 year old has developed from a prospect into a top level operator. The big center has been among the league’s best in his position by recording averages of 6.32rpg (5th overall), 1.14bpg (4th), and had 63.03% from the field (3rd).