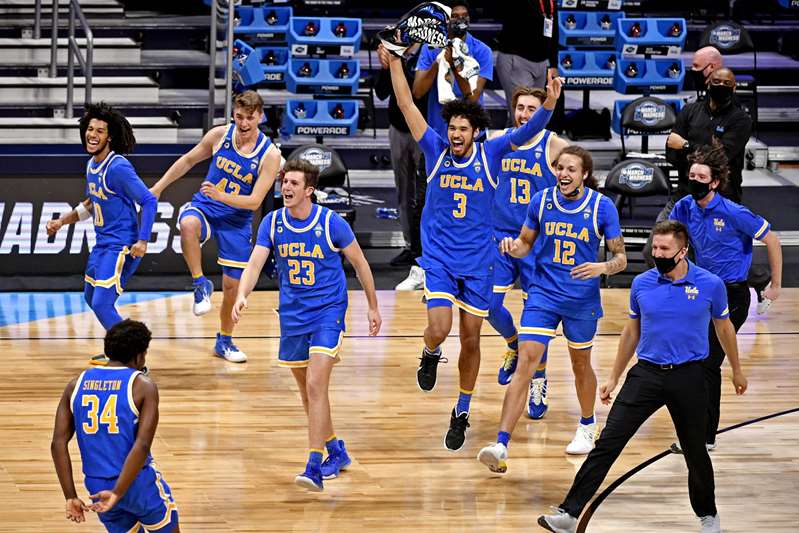 UCLA defeated the University of Alabama 88-78 in overtime on Sunday and reached the NCAA Tournament’s Elite Eight for the first time since 2008.

For the Bruins, the storied program of Kareem Abdul-Jabbar (Lew Alcindor), Bill Walton and legendary coach John Wooden decades ago, it was a huge upset. Eleventh-seeded UCLA knocked off the No. 2 Crimson Tide to author another chapter to their unique March Madness tale.

Alabama hurt its chances to win the game due to atrocious free-throw shooting (11-for-25). Jahvon Quinerly had a team-high 20 points for the Crimson Tide. John Petty Jr. scored 16 points in Indianapolis.

How UCLA pulled off the upset

After Alabama’s Alex Reese, who was wide open, forced overtime with a buzzer-beating 3-pointer in the second half to make it 65-all, UCLA seized control in the bonus period. How so? The Bruins opened the proceedings with a 7-0 run.

Naturally, UCLA coach Mick Cronin was thrilled with the results.

“For me, we’ve got to win three more games,” Cronin said. “I’m happy we’re alive. You do this to try to have a chance, and you never know when this chance is going to come along again, as a coach, as a coaching staff. You just never know.”

UCLA: a look ahead

UCLA will meet No. 1 seed Michigan in the East Regional final on Tuesday night with a shot at reaching the Final Four for the first time since 2008.

Meanwhile, along with UCLA, Los Angles rival and sixth-seeded USC is in the Elite Eight for the first time since 2001.

Moreover, this year’s topsy-turvy NCAA Tournament marks the first time that the Bruins and Trojans are in the Elite Eight together.

The biggest story of the tournament, of course, is No. 1 overall seed Gonzaga University’s pursuit of a perfect season. The Bulldogs (29-0), who eliminated fifth-seeded Creighton on Sunday, are three wins away from their ultimate goal, meet USC on Tuesday.