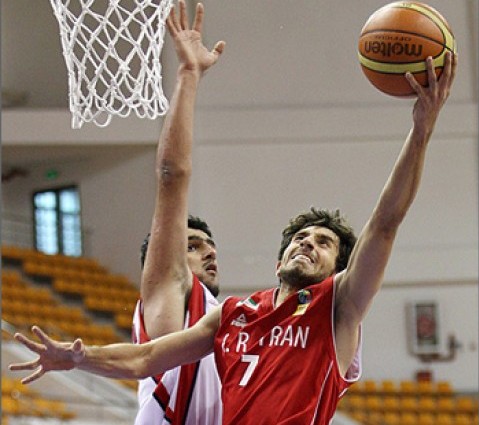 U18 Men Asian Championships Move to Second Round

The Preliminary Round of 24 games in the U18 Men’s Asian Championships, being held in Ulaanbaatar, Mongolia, has concluded and the Second Round of two groups with six teams has begun. Coming into the Second Round, four teams are undefeated: China, Korea, Chinese Taipei, and Iran.

GAMES – 20 Aug. 2012
Group E
Lebanon – Syria 91-72
Lebanon opened their Second Round play with a convincing win over Syria, 91-72. Lebanon opened the contest with a seven-point advantage, 20-13, then Syria cut that deficit to five narrowly outscoring their opponents 21-19 in the quarter to bring the score to 39-34 at the half. A 10-4 run in the middle of the 3rd quarter extended Lebanon’s margin to 16. Syria cut the deficit to seven with 2:48 to play in the fourth quarter, but eight unanswered points put the game out of reach. Wael Arakji came up big for Lebanon, scoring 33 points and grabbing nine rebounds. Hanna Jhonny Nemer and Jimmy Salem contributed 11 each in the winning effort. Mohmoud Trab paced Syria with 23 and Mohamad Muad Hashem dropped in 12 points.

India – South Korea 73-123
South Korea flexed their muscle against the Indian squad, running away with a 123-73 victory. A 35-point opening quarter, combined with a 29-point second quarter, while holding India to nine points in the second, gave South Korea a heathy margin at the half, 64-32. The second half was much the same, but South Korea was able to get their bench players some valuable experience on the court and still come out with a 50-point margin. Jonghyun Lee led all scorers with 29 points, Gibeom Cheon added 17, Seongmo Choi and Sangjae Kang contributed 15 each. Amit Kanarjee lead the India squad with 25 points, Rakesh Mr added 12 points and 11 rebounds, and Palpreet Singh Brar scored 10.

Group F
Chinese Taipei – Saudi Arabia 82-41
Chinese Taipei jumped out to a quick 21-7 advantage in this Second Round contest and never let the Saudis score more than 13 in any quarter. Tsung-Han Huang led all scorers with 14 points, Kuan-Chun Lin and Hung-Han Huang added 11 each for the winners. Mohammed Alhosawe scored 14 in the losing effort and Nassir Abo Jalas added 10.

Indonesia – Philippines 62-88
The Philippines were a model of consistency as they scored 23, 22, 22 and 21 points in the quarters of their 88-62 win over Indonesia. Jerie Marlon Pingoy led the winners with 16 points, Mario Emmanuel Bonleon added 15 points and Rey Benedict Nambatac contributed 11. Jan Misael Panagan’s 12 points led the Indonesian effort, while Andre Adrianno dropped in 12.

Bahrain – Iran 76-87
The difference in this contest was the first half, where Iran built a 21-16 advantage in the first quarter and took a 46-34 margin to the locker room at halftime. The second half was won by the Bahrainians when the teams played even at 16 in the third quarter and Bahrain outscored Iran 26-25 in the fourth. Iran had extended their lead to 17 with 8:20 to play and then Bahrain cut that margin to eight with 5:12 left. Iran hit some key three-pointers down the stretch to seal the victory. Sajjad Mashayekhi scored a game-high 26 and was assisted by teammates Behnam Yakhchalidehkordi and Aliyar Najafikharaji with 17 and 10 points, respectively. Ali Melad lead the losing effort with 19 points, Hasan Ali Sayed contributed 16 and Mohamed Buallay added 12.