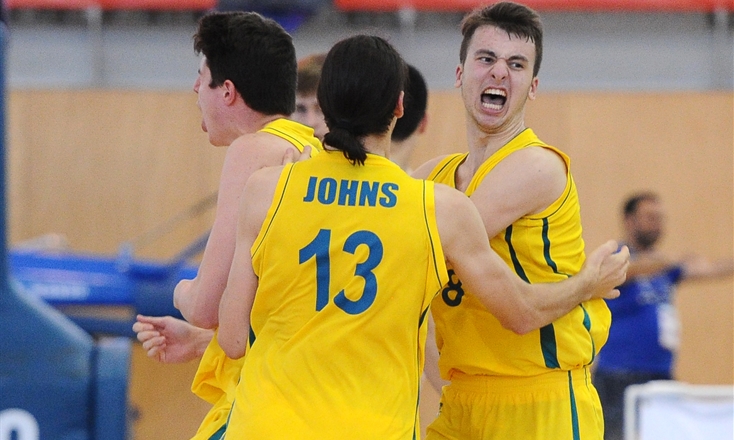 The Round of 16 threw up plenty of exciting hoops in the U17 World Championships in Zaragoza, Spain on Tuesday. With eight ties there was plenty to see, but if anything this round showed that there is a gulf in class between almost half of the draw compared to the rest.

Indeed, it was a day of huge victories, with only two contests ending with a tight scoreboard. Now we know how the quarter-final picture looks heading into Thursday’s action. Here’s how Day 7 of the U17 World Championships played out.

Lithuania had too much for Egypt and eased into the quarterfinals, using a big first quarter to propel the victory. The Europeans led 37-24 through halftime and rode a third act loss to storm to victory in the fourth. Egypt rarely troubled Lithuania and without the impressive 26 point and 12 rebound haul of Ahmed Khalaf the team would have lost by much more. Ignas Sargiunas led Lithuania with 22 points.

France looked strong in taking apart Finland, without even needing to pepper the bucket to secure a big win. The French were paced by Jaylen Hoard with 21 points, which was a third of the team’s total haul in the contest. The deficit was 11 points through the long break (23-34) before France settled in the second half after Finland managed just 2 points in the third quarter.

A consistent first half and a scoring blitz in the second half allowed Canada to brush aside Dominican Republic in the U17 World Championships on Tuesday. The teams split the first and second quarter, but Canada managed to carve a slender 24-29 lead through halftime. In the second half the Canadians plundered 50 points to leave Dominican Republic trailing in an uncatchable wave of scoring.

Turkey put almost 20 points on Mali in a Round of 16 cruise that saw the team move to the quarter-final stage. A 21-9 winning first frame set the tone, but Mali roared back with a display of passion with a 9-16 charge that made it 30-25 through halftime. Turkey woke up in the second half with 25 points in the third act and 22 points in the fourth … game over.

Australia vs. Bosnia and Herzegovina, 75-72

One of the closest games of the day saw Australia narrowly defeat Bosnia. The victory allowed the runner-up of the last two editions U17 World’s to progress, but Australia has been far from convincing this week. Still, Dragan Elkaz drove the Aussies to victory with 25 points as the green jerseys went big with 28 points in the closing frame. Dzanan Musa deserves special mention with a game high 34 points for Bosnia.

There is little doubt that Spain faced the easiest of Round of 16 tasks in confronting the minnows of Chinese Taipei. Indeed, it is a miracle Taipei made it this far, but Spain duly played to form and history with a mammoth victory. Taipei was actually ok at the bucket, but the Spanish punished the defense and snapped thirty points in Q1 and Q3. Sergei Martinez led the win with 25 points and 9 boards.

Of all the commanding wins on Tuesday (of which there were many), team USA retained its position as tournament standard bearers. The defending champs swept aside Argentina in the kind of fashion that suggests an unstoppable momentum. This was not a poor Taipei minnow, but a basketball nation that has heritage in Argentina. USA were formidable, plundering 26 points in the first quarter, 33 in the second, 30 in the third, and 20 in a relaxed stroll in the fourth.

In a Southeast Asian derby, South Korea edged China in one of the closest final scores of the day. The game was as tight as the result, with the teams locking the first quarter with 15 points apiece. The Koreans edged a 27-34 lead through the long break, before China regained the advantage with a 25-21 third, but Korea still led 52-55 through thirty minutes. The team held on in Q4 for victory.