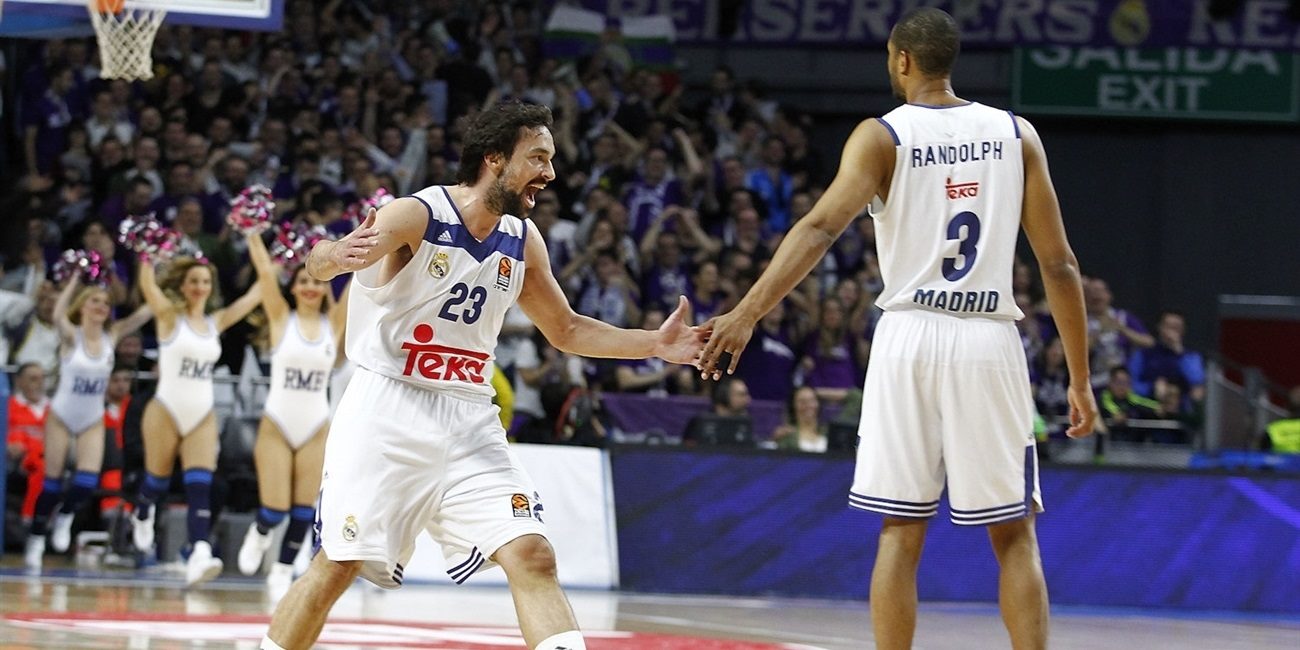 Round 23 of the Turkish Airlines Euroleague closed for business on Friday with four hotly contested games in Europe’s premier club competition. Real Madrid maintained its grip on top sport with a win over Darussafaka, while Anadolu Efes managed to secure a win over Baskonia. In Athens, Panathinaikos defeated Unics Kazan with less than a minute to play. Finally, Zalgiris collected the only road win of the night with a victory over Brose Bamberg.

Real Madrid went big at home to defeat Darussafaka and remain top of the Turkish Airlines Euroleague standings, clear by a game at 18-5. The visitors from Turkey fell to 11-10 in ninth place on this loss. Madrid got rolling early and raced to a 30-14 lead the end of the first quarter. The hosts maintained the momentum from there, including a dominant offensive display in the second half. Sergio Llull was a constant attacking threat as he plundered 26 points and handed out 8 assists for Los Blancos.

A mini-classic was played out in Istanbul as Anadolu Efes picked off Baskonia in front of its own fans. As a consequence, the Turkish club passed Vitoria in the standings, although both clubs have equal 12-11 records. Anadolu Efes has now won three in a row and is rejuvenating its season, while Baskonia has lost its last three … these clubs are heading in opposite directions. The hosts built a 47-38 halftime advantage and used it to shut down the visitors, despite the Spanish club from Vitoria improving in the second half. Thomas Huertal doubled up in the win with 21 points and 11 rebounds.

Editor’s Note: If you want more information about the EuroLeague, or other international leagues, you can check out Court Side’s Game Center.

Panathinaikos celebrated after a heart stopping win over Unics Kazan in the Greek Capital. A one point win defined a game that went to the wire. Panathinaikos remains in the chasing pack behind Real Madrid with a 14-9 record, while Unics is now bottom of the Turkish Airlines Euroleague with a 7-16 record. Kazan will rue its mistakes after carving a 39-46 advantage through the long break. Panathinaikos spent the second half coming back into the game and then Mike James broke Unics hearts with a triple with just 0.9 second on the clock.

Brose Bamberg was undone at home by a committed Zalgiris effort, which allowed the Lithuanian visitors to move to 10-13 above FC Lassa Barcelona. Bamberg on the other hand, fell to 8-15 after tumbling down the standings since Christmas. Lukas Lekavicius paced the win with an impressive 29 points haul, followed by Paulius Jankunas with 24 points.