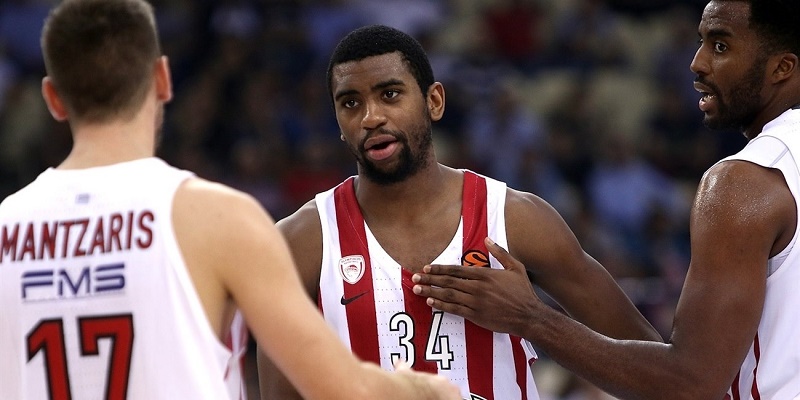 Real Madrid laid down an earlier marker in the Turkish Airlines EuroLeague yesterday on the first day of Round 2 action. As the second week of the Regular Season concluded on Friday, it was the chance of eight more clubs to pick up wins. One fun fact about this week is that all home teams won their games, showing that grabbing a road win in this competition is hugely important. On Friday, Crvena Zvezda, Khimki, Olympiacos, and Valencia all won in front of their own fans.

Barcelona has started the season well, but in the fierce atmosphere of Belgrade, the Spanish giant and former Turkish Airlines EuroLeague champ was undone by Crvena Zvezda. The Serbian and Adriatic League champs got off the mark in the competition largely based on a strong first half. The hosts led 44-32 at the long break. Barca used an 18-25 third act to get back into proceedings, 62-57 through thirty minutes. However, Crvena Zvezda tied it up in the fourth and claimed the win.

Taylor Rochestie propelled the victory with 22 points and 7 assists, while Milko Bjelica topped with 23 points.

Kevin Seraphin led Barca’s attack with 16 points, followed by Thomas Huertal with a double-double of 14 points and 11 dimes.

Khimki Moscow Region continues to rack up early-season wins and after this success tops the Turkish Airlines EuroLeague after two rounds. The Russian hosts led 21-15 after the first frame and extended to 46-36 through halftime. With a double-digit lead, Khimki could control the second half, drawing the third quarter before weathering a Zalgiris mini-rally in the fourth. The cushion built in the first half allowed the team to claim the win.

Thomas Robinson doubled up for Khimki with 19 points and 10 rebounds, while Malcom Thomas secured 14 points.

Olympiacos joins Khimki, Real Madrid, and Maccabi Tel Aviv as the remaining undefeated teams after taking out EuroCup champs Unicaja Malaga. The Greek giant got the scoreboard ticking with a 21-11 first act that built the foundation for the win. Malaga started to make the difference with a winning second quarter that made it 37-33 at halftime. Olympiacos wrestled back the momentum to open a 59-47 advantage in the third period and held firm against a Malaga charge in the fourth quarter.

Ray McCallum and Drago Milosavljevic scored 14 points apiece in the win, while James Augustine and Dejan Musli added 12 points each.

Spanish league champs Valencia collected its first EuroLeague win of the season while leaving Efes with plenty to think about with no wins. In Spain, the hosts found a Turkish club ready for a fight and through the long break the scoreboard read 38-38. The trading of the lead continued into the third frame before Valencia pulled away with a 28-10 run in the frame. Anadolu Efes hit back in Q4, but the home team held for the win.