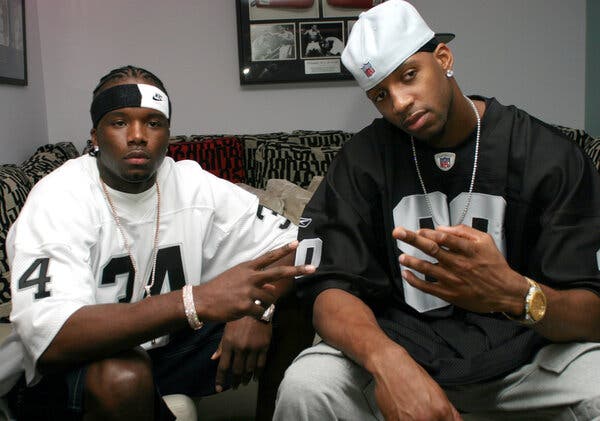 Between them, Tracy McGrady and Jermaine O’Neal appeared in more than 1,900 NBA games, making a combined 13 All-Star appearances. And now, the 41-year-old retired players have a new mission as partners: a plan to launch a basketball agency.

Plans are underway for McGrady, a Naismith Memorial Basketball Hall of Famer, and O’Neal to set up Seven1 Sports Group and Entertainment, The New York Times reported on Monday.

O’Neal wore No. 7 during his playing days; McGrady donned No. 1. Both men entered the NBA out of high school. O’Neal was a first-round pick in 1996, followed by McGrady a year later.

Based on their own experiences, McGrady thinks he and O’Neal can provide guidance for young players entering the league. Hence, plans to establish their basketball agency.

“We think it’s needed, and we have a passion for it,” McGrady was quoted as saying by The New York Times. “We’re around kids every single day because we have youth programs. It just makes sense. We see the lack of information that these kids are getting, so we would be doing a disservice to our people if we don’t lend our expertise of what we know and help guide them. This is a calling that we have.”

Plans for a basketball agency

In preparation for getting Seven1 Sports Group and Entertainment up and running, McGrady is expected to stop working for ESPN as a broadcaster. Instead, his focus would be in an advisory role and as a co-owner of the basketball agency, according to The New York Times.

As for O’Neal, he’s getting ready to take the NBA’s agent test in January 2021.

Both men live in Texas and have communicated frequently in recent months.

“There’s no magic wand for this,” O’Neal told the New York newspaper. “We’re not trying to say we’re the magic wand. But we’re going to be different. You can’t name another pair of people who have had the level of success and the ups and downs that we’ve had in our careers.”

The challenge that lies ahead

McGrady, of course, recognizes that starting a basketball agency isn’t a simple task. He doesn’t expect it to be a cakewalk, but knows there’s room for a new competitor in the agent business.

Or as he put it in an interview with The Times: “At the end of the day, they can’t get all the players. Obviously it’s going to take us some time to get our feet wet and really understand how this thing works. But we’re not intimidated by anybody. We know there’s going to be a lot of people trying to poke holes into this.”