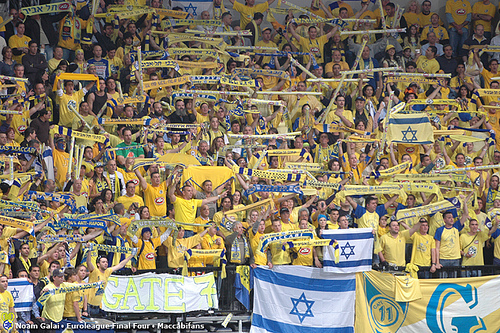 Maccabi Tel Aviv capped a sensational season by adding the Israeli Winner League to its list of honours. The powerhouse needed an overtime win of 82-84 and an aggregate score of 163-161 to get the job done against defending champions Maccabi Haifa. Indeed, Tel Aviv lost this home contest but scraped to win the title in the dying moments of the season.

The game will add to a season that will disrupt the history books as Tel Aviv has won the Israeli league and cup, while also triumphing in the Euroleague. It is the sort of season that the fans will long remember, although it is also the kind of campaign that has NBA big hitters hunting your head coach. Tel Aviv tactician David Blatt is on the radar of several NBA franchises, and on this evidence it is easy to see why.

However, the problem of losing Blatt is for another day; today the club can celebrate another league success, the 51st in the history of the organization.

Maccabi Tel-Aviv vs. Maccabi Haifa, 82-84 OT
Tel Aviv may have been celebrating at the end of the game, but things were not easy for the hosts as Maccabi Haifa showed that it would not give up on its title without a fight. A tight first quarter showed the fans inside the Nokia Arena that this would be a tense matchup, and one that would be hard fought. The teams traded baskets throughout the period, but Tel Aviv managed to steal the initiative with a 19-18 lead after 10 minutes.

The second quarter did little to separate the teams as the baskets flowed for both sides, with Haifa showing particular resilience in front of a boisterous Tel Aviv crowd. As the players headed in for halftime the score was extremely close with just 1 point separating the teams at 39-38. Tel Aviv’s one point advantage gave them a 120-115 aggregate advantage and if Haifa was to respond the time was now.

The visitors duly responded with a third quarter where they finally opened a lead, pouring in 22 points while holding the home team to just 15 (54-60). Heading into the final frame, the aggregate score was 135-137 and Haifa finally had control over its destiny and was on course for back to back Winner League titles. As for Tel Aviv, they could have lived to rue the ill-discipline through the ranks, with 24 personal fouls through the game, many of which helped Haifa back into the series.

Tel Aviv was arguably not the best team in the Euroleague this season, but yet they fought to be crowned champions. That same fight was on display in this game as the hosts picked up the scoring in the fourth quarter, sending 22 points through the net. At the other end Haifa were still hard to control, but Tel Aviv held them to 20 points to tie the series with a score of 76-80.

Maccabi Haifa had won the game, but Tel Aviv had tied the aggregate score with both teams sitting on 157 points. Overtime descended on the Nokia Arena and the extra stanza was suitably tense for a title defining period. It was a low scoring affair too as both sets of players struggled to find the basket consistently. Tel Aviv managed to get the edge and held on to record the narrowest of title wins, becoming champions by two points in overtime.

Donta Smith drove Haifa so close with a stunning double-double of 29 points and 13 boards, while he topped it off with 6 assists.