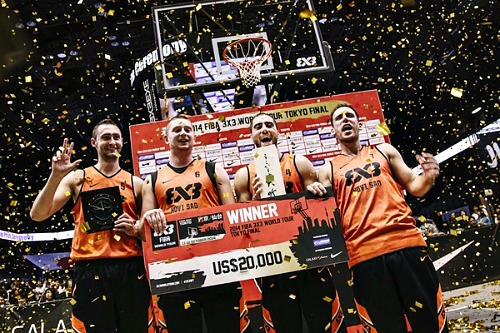 Sendai, Japan – Team Novi Sad (Serbia) came away with an easy win over Saskatoon (Canada) 21-11 in the Finals of the FIBA 3×3 Basketball World Tour. The three-on-three basketball event was launched by FIBA in 2012. Team Novi Sad were finalists in 2013. 12 teams competed in this event and were initially divided into four groups, with the top two teams from each group advancing to the knockout quarterfinals stage.

Team Novi Sad was led by sharpshooter Dejan Majstorovic, who also led the competition in scoring. He knocked down three two-pointers in the game and was instrumental in getting his team a comfortable lead. His team will take home $20,000 for bagging top honors at the event.

Here are some of the highlights from the final game: