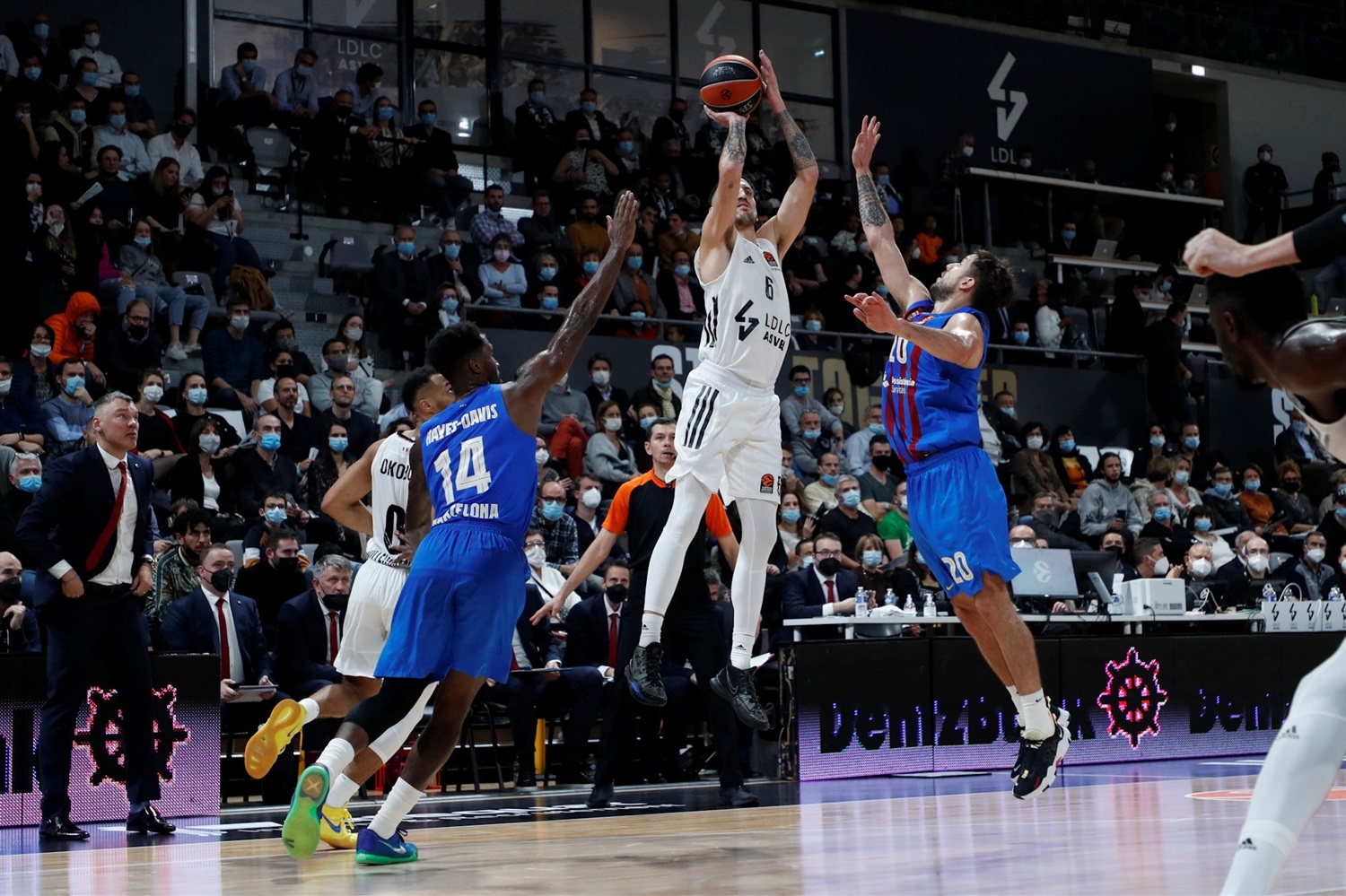 On Friday, Anadolu Efes Istanbul confirmed its good momentum by downing AS Monaco 98-77 at home in Sinan Erdem Sports Hall. Both teams now have 5-6 records in the Turkish Airlines EuroLeague Regular Season standings. Rodrigue Beaubois led the winners with 17 points. Shane Larkin and Adrien Moerman each added 14, Tibor Pleiss 12, and Filip Petrusev 10 for Efes. Donatas Motiejunas led Monaco with 21 points. Paris Lee added 18 and Dwayne Bacon 12. Pleiss and Beaubois pushed Efes to an early, double-digit lead, 20-9. Donta Hall and Lee allowed Monaco to cut its deficit to 24-20 after 10 minutes. Beaubois kept pacing Efes, getting plenty of help from Moerman and Bryant Dunston to break the game open, 58-40, at halftime. Lee helped Monaco get as close as 60-54 soon after the break, but Krunoslav Simon and Larkin restored a 73-61 margin for Efes after 30 minutes. Nothing changed in the fourth quarter as Efes kept a safe lead until the final buzzer.

Zenit St Petersburg protected its home court once again after a game in which neither team held a lead larger than 8 points, edging AX Armani Exchange Milan 74-70 on Friday night. It was Zenit’s fifth consecutive win and Milan’s second straight loss, leaving both with 8-3 records, good for a share of third place. The teams traded blows and changed leads throughout the game, but Zenit used a 12-2 run over more than 6 minutes late in the fourth quarter to restore an advantage and pull out the victory. Jordan Mickey paced the hosts with 17 points. Jordan Loyd collected 13 points, seven assists, and six rebounds. Arturas Gudaitis had 13 points plus seven rebounds for Zenit. Sergio Rodriguez posted 20 points and six assists for Milan. Kyle Hines added 12 points and eight rebounds, while Shavon Shields scored 10 in the losing effort.

Zalgiris Kaunas gained its second straight win by downing Fenerbahce Beko Istanbul 86-75 at home on Friday. After a close first quarter Zalgiris gradually built a solid lead, which stretched to 15 points early in the second half before Fenerbahce fought back to get as close as 2 points. But roared on by a passionate crowd, the host was dominant in the final quarter and enjoyed a 12-2 run to seal the deal, completing a perfect double-round week for a 2-9 record. Former Fenerbahce player Edgaras Ulanovas topped all scorers with 18 points, while Mantas Kalnietis led the offense with a double-double of 11 points and 11 assists. Zoran Dragic added 13 points, Tai Webster scored 11, and Tyler Cavanaugh had 10. Nando De Colo led Fenerbahce with 17 points, while Pierria Henry and Jan Vesely both scored 13 for the visiting team, which drops to 3-8 after a three-game losing run.

Olympiacos Piraeus used a historic first quarter in blowing out Maccabi Playtika Tel Aviv 90-73 to remain perfect at home this season. Olympiacos came out like a house on fire and pulled away with a 24-2 run over the final 7 minutes of the first quarter to lead 35-8 after 10 minutes. Maccabi could never get back into the game, not getting closer than 14 points late in the game as Olympiacos improved to 7-4 on the season and 7-0 at the Peace and Friendship Stadium. Kostas Sloukas led the way for Olympiacos with 18 points, Tyler Dorsey scored 17 points, Sasha Vezenkov had 15, Shaquielle McKissic picked up 14 points, and Moustapha Fall added 12 points and 11 rebounds. Maccabi has lost two straight road games to fall to 7-4 despite James Nunnally totaling 14 points and Roman Sorkin picking up 10 points.

In a battle between old rivals, CSKA Moscow grabbed its sixth win by downing Bitci Baskonia Vitoria-Gasteiz 74-80 at Buesa Arena on Friday. CSKA improved to 6-5 while Baskonia dropped to 4-7. Johannes Voigtmann and Will Clyburn led the winners with 16 points apiece. Toko Shengelia added 15, while Iffe Lundberg had 11 for CSKA. Wade Baldwin led Baskonia with 18 points. Steven Enoch added 14 and 10 rebounds, Jayson Granger had 12 points, and Rokas Giedraitis 11 for the hosts. CSKA excelled on defense in the first quarter and found a go-to guy in Voigtmann who struck three times from beyond the arc and added a layup to give his team an 8-23 lead after 10 minutes. Simone Fontecchio and Giedraitis brought Baskonia closer, 26-35, at halftime. But Clyburn and Shengelia fueled a 0-9 run, which allowed CSKA to get a 13-point margin, 41-54, at the end of the third quarter. CSKA went on to control the game until the final buzzer, cruising to a well-deserved win.

FC Barcelona used a pair of big runs and a career-best scoring performance from Nicolas Laprovittola to beat LDLC ASVEL Villeurbanne 60-80 on Friday night at Astoballe. Barcelona improved to a joint league-best 9-2 record, while ASVEL dropped to 6-5. Barcelona took the lead for good with a first-quarter ending 0-12 run, then pulled away by scoring 31 points in the third quarter. Laprovittola shined with 25 points, tying a club record with seven three-pointers made, and he also grabbed seven rebounds and had two assists. Nikola Mirotic was the only other Barcelona player in double figures with 15 points. Elie Okobo was the only ASVEL player in double-digits, scoring 17 points.