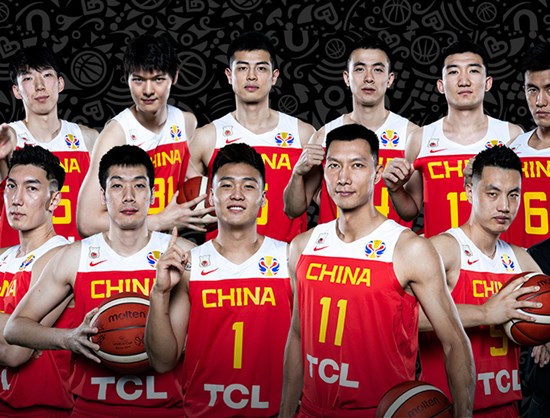 Sleeping giants China and Mexico just can’t get it right

Both China and Mexico are sleeping giants who just can’t their basketball on track. Despite the potential and talent. What’s going on?

China just cannot get it right under CBA president Yao Ming (the best Asian basketball player of all time). I give him a lot of credit for thinking out-side-the-box and trying new things, but they have backfired, leading to China’s embarrassing 24 th place finish out of 32 teams at last year’s World Cup played on their home soil.

China hosting the FIBA World Cup was supposed to be a boom for the sport in the Middle Kingdom and boost the national team’s standing globally. #1 was a success. #2 was a disaster.

Yao Ming implemented a two-team system in the years leading up to WC with the teams preparing and practicing separately with one team playing in certain competitions and preparation games and the second in others. Then before the event, the best players from the two teams were merged into one.

The idea was to create a high level of competition between the two teams and players competing for spots on the national team. Big mistake! They lost years of time to gel and mesh as one unit while they prepared separately as two under different coaching staffs.

Now China is left with the impossible task of competing against Canada, Greece, Uruguay, Turkey, and the Czech Republic in an Olympic Qualifying tournament for ONE, yes one, spot in the 2020, check 2021, Summer Games.

Mission Impossible. And I would not be surprised if China finishes dead last.

One good reform the CBA in implementing starting next season in their CBA pro league is that of limiting the import players to only one – down from two – on the court at a time. This will obviously lead to more playing time and, therefore, development for their own players. However, these dividends won’t start to pay out until 3+ years from now.

Yao and the CBA also recently signed agreements to work with the high school and university sports federations to grow the sport, improve coaching, and better identify talent. This will hopefully provide some long-term reform and growth.

You want real reform? Get the top players and coaches out of China!

Eat, breathe, sleep, and train basketball in a country like Serbia or Lithuania training under their coaches for a two-year period. Split them up amongst teams in the domestic pro league(s) under a special agreement between the two or three federations. They need to learn how to compete with and beat European teams, not just to maintain dominance over their fellow East Asian nations. There needs to be a change to the Chinese basketball culture and mindset.

Import American and European coaches to work at the state-run basketball academies and schools where the real talent comes from and make significant changes and improvements within those institutions. There are already many of these coaches at private high-end and expensive academies, I know because I was one of them, but the real basketball talent there is very few and far between.

China needs to change the way it trains, practices, coaches, and plays drastically. A complete 180. No more youth teams running the same drill for 30-45 minutes straight while the coach sits on a chair and smokes a cigarette. No more CBA junior teams practicing eight hours a day, 50 weeks a year, while playing just a handful of games.

Trust me, I have seen it!

And if you think China has problems, Mexico just can’t get their act together and has been suspended yet AGAIN by FIBA. This is becoming a pattern for the tri-color federation. They were again suspended February 10 th, and the Central Board maintained the suspension in late March as the federation has not fulfilled the requirements set at the last Executive Committee meeting.

The men’s national team will still be allowed to play qualifiers for the 2021 FIBA AmeriCup, however, with FIBA saying it does not wish to punish players.

I understand not wanting to punish the players, but when and how is the federation ever going to take the suspensions seriously and make the necessary changes if the national teams are still allowed to play, and the federation permitted to host events?

Unfortunately, this is simply a product of Mexico’s corrupt sports culture. Everyone is out for themselves, and very few, if any, genuinely care about development through long-term thinking, planning, and execution.

I witnessed it first hand coaching for two seasons in the late-2000’s in the top-flight professional league, LNBP, and heard of incredible stories from current and former players of acts of corruption, mismanagement, misspending and straight-out stealing; including that of a federation board member back in the day paying the national team head coach straight cash, thousands of US dollars, at the airport to put his son on the team as they waited to board its flight to compete in an AmeriCup tournament. The coach accepted, and a player was sent back home on the spot to make room for the new addition.

In order to protect the guilty, I won’t mention names or the year here.

Federation in the eye of the storm

Federation executives need to be removed if they cannot comply with FIBA’s rules and standards. If FIBA cannot do that, then they need to put pressure on the country’s sporting entities that oversee the federations, if they themselves are not corrupt.

Mexico is the third-largest country in the Americas, with 128 million sports-mad people. Yet, the men are ranked 8 th in the current FIBA Americas ranking and 25 th in the world, while the women are 9 th and 43 rd respectively.

Mexico has a very complex and competitive national school and university sports program, but there is a disconnect when it comes to the federation. In the past, top players such as former NBAer Eduardo Najera declined to play for the national team in protest of the mismanagement and corruption within the federation.

They SHOULD be consistently going toe-to-toe with Argentina, Brazil, Puerto Rico, and Canada for second place behind the US in the region. Even more so, when you take into account how many Mexican-Americans raised and developed in the US play on the Mexican national teams. In addition, Capitanes Ciudad de Mexico will be the first Mexican team to play in the G League.

Mexico has the talent necessary having won the 2013 AmeriCup. Those running the sport just need to get out of the players’ way.