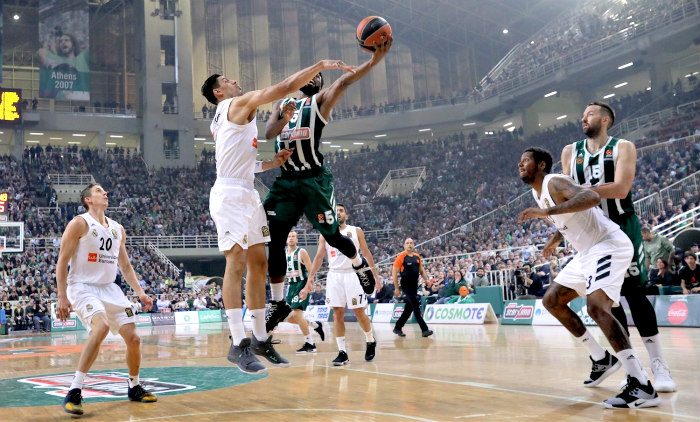 On Tuesday night, Real Madrid completed its quarterfinal sweep of Panathinaikos Athens to advance to the Turkish Airlines EuroLeague Final Four. The defending champions have looked impressive thus far and have been the only team yet to taste defeat in the playoffs. They completed their sweep with an 82-89 victory in Game 3. Fenerbahce Beko Istanbul defeated B.C. Zalgiris Kaunas to regain the advantage in their series, now up 2-1.

Despite the roaring support of Greek fans who trooped to the Greek capital to support their team, Panathinaikos Athens was unable to produce an answer to Real Madrid. It was not an embarrassing blowout though, as the green and whites played their hearts out as they left all on the line in this do-or-die game.

Real Madrid got off to a hot start but it would be Panathinaikos that would head into the locker rooms for the halftime break with a 41-36 lead. In the third quarter, Real Madrid hold its composure and even the score at 58-58, boiling down the game to a decisive fourth and final period.

Both teams would let loose and offenses were kicked into high gear. A game-changing run, powered by the efforts of Facundo Campazzo, Gustavo Ayon and Anthony Randolph would prove to be enough to put the Spanish club up 72-78.

Campazzo would end up finishing the game with an impressive 16-point, 10-rebound, double-double performance, while veteran guard Rudy Fernandez would lead by example and post 16 points of his own.

Panathinaikos’ Nick Calathes and Matt Lojeski would lead the home team with 17 and 16 points, respectively.

The season is now over for Panathinaikos in the EuroLeague, but they now set their sights towards home as they look to win a Greek A1 League title in 2018-19.

Real Madrid, at least based on early returns, looks poised to provide a strong defense for their Turkish Airlines EuroLeague title.

Despite a strong showing by the hosts in the first half of the game, Fenerbahce would power through after the break thanks to superior defense and control of the boards. Zalgiris’ felt the sting of their 15 turnovers in this game as Fenerbahce punished them when able. Fenerbahce only committed nine turnovers in this contest.

Marko Guduric would pace the guests with a game-high 17 points. He had the hot hand for his team, connecting on 3-of-7 shots from deep and when Zalgiris would up the pressure, he then punished them at the free throw line by going 6-of-7 from there. His team continually forced the issue with their outside shooting, making just 10-of-34 shots from 3-point range. In the end, they did just enough to pull out the win. They now look to close out the series, 3-1 with a game at home.

Nate Wolters was the only player from Zalgiris to get in an offensive flow with 15 points.