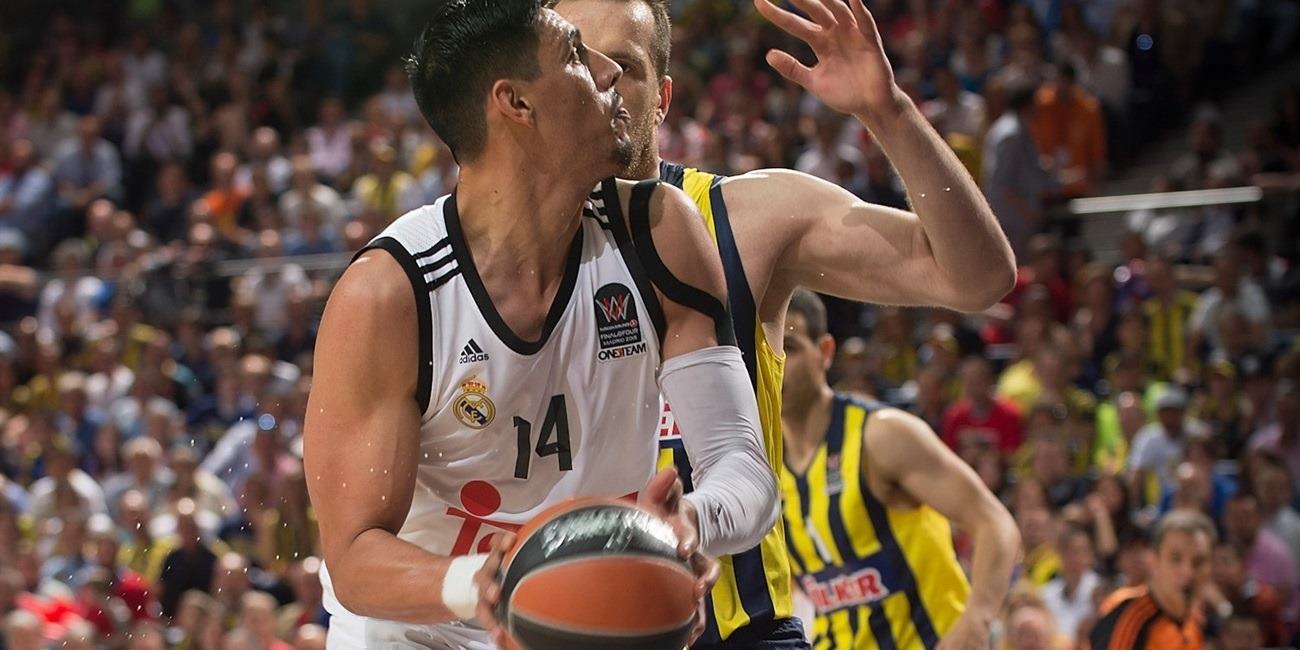 Euroleague form went out of the window as the Final Four opened with Olympiacos Piraeus and Real Madrid reaching the showpiece final. Of course, both teams are formidable, but their opponents have arguably been the form teams of the competition this season. Olympiacos put in a huge performance by taking out CSKA Moscow, while Real Madrid outlasted Fenerbahce Ulker Istanbul to reach the showpiece game.

The semi-final game in Madrid showcased the full spectacle of the Euroleague Final Four, and the event was off to the perfect start with two amazing games of Basketball.

Real Madrid has home court advantage and heads to its fourth final in the era of this format, although the Spanish giant has only won the Euroleague once in that time. As for Olympiacos, the Greek team reaches its seventh final since 1988 and will be hunting a fourth title in the period. These clubs have contested the Euroleague final twice, in 1995 and 2013, with Madrid winning the first and Olympiacos the second.

Picking a winner is hard as both clubs are reaching form at the right time, while Real Madrid has made the last three finals (Los Blancos is due a win), Olympiacos has won two of the last three Euroleague titles.

Real Madrid vs. Fenerbahce Ulker Istanbul, 96-87
With the Euroleague Final Four being held in Madrid, this is the perfect chance for Real Madrid to break its recent bad luck of losing the last two finals. The Spanish giant managed to squeeze back Fenerbahce in the semi-finals, no mean feat considering the great form the Turkish club enjoyed in reaching this stage.

The hosts needed a big second quarter to put the game on track, but in the second half held on to take the win. Fenerbahce had opened a slender 20-21 lead through the first quarter, but in the second frame Real Madrid exploded and drained 35 points to Fener’s 14. The run included a 14-2 surge that helped the Spaniards head into halftime with 55-35 lead. That 20 point cushion would prove the difference in the end, but the visitors started coming back with a 21-24 winning third before making the Madrid faithful sweat down the stretch with a 21-28 run in the final act.

Fenerbahce did well to get back into the contest, with Andre Goudelock leading the way with a game high 26 points. Jan Vesely followed with 20 points, while Bogdan Bogdanovic grabbed 12 points in the defeat.

CSKA Moscow vs. Olympiacos Piraeus, 68-70
Olympiacos is back in the Euroleague final after an absence of just one year as the Greek club edged past form club CSKA Moscow. Through the campaign, CSKA has looked the most in touch and seemed on a mission to win the 2015 Euroleague. However, Olympiacos has shown in recent years that it can find the Basketball at the right time, two titles in four seasons and three finals in that time shows that.

A tight first quarter saw both teams’ trade buckets, but CKSA kept pulling ahead and eventually paced to a 20-17 lead after ten minutes. The tight Basketball continued in the second period, but Olympiacos looked more organized at the back and won the frame 16-18. As the buzzer for the long break sounded, the Moscow club still held the advantage at 36-35. Both sets of players felt each other out in the third stanza as the benches took to the hardwood, the scoring slowed as a consequence and nerves crept in. CSKA managed to edge the act 15-12 to open a 51-47 lead at the end of thirty minutes. Olympiacos has shown fight so many times, and the Greek’s did it again in the fourth quarter by coming back into the contest and stealing the win.

Vassilis Spanoulis was once again the key player in the Final Four for The Reds as he posted 11 fourth quarter points on his way to 13 points overall. Georgios Printezis topped the scoring with 14 points, and Konstantinos Sloukas managed 10 points.

Nando De Colo topped the scoreboard with 18 points in the losing effort, with Sasha Kaun adding 11 points to CSKA’s cause.