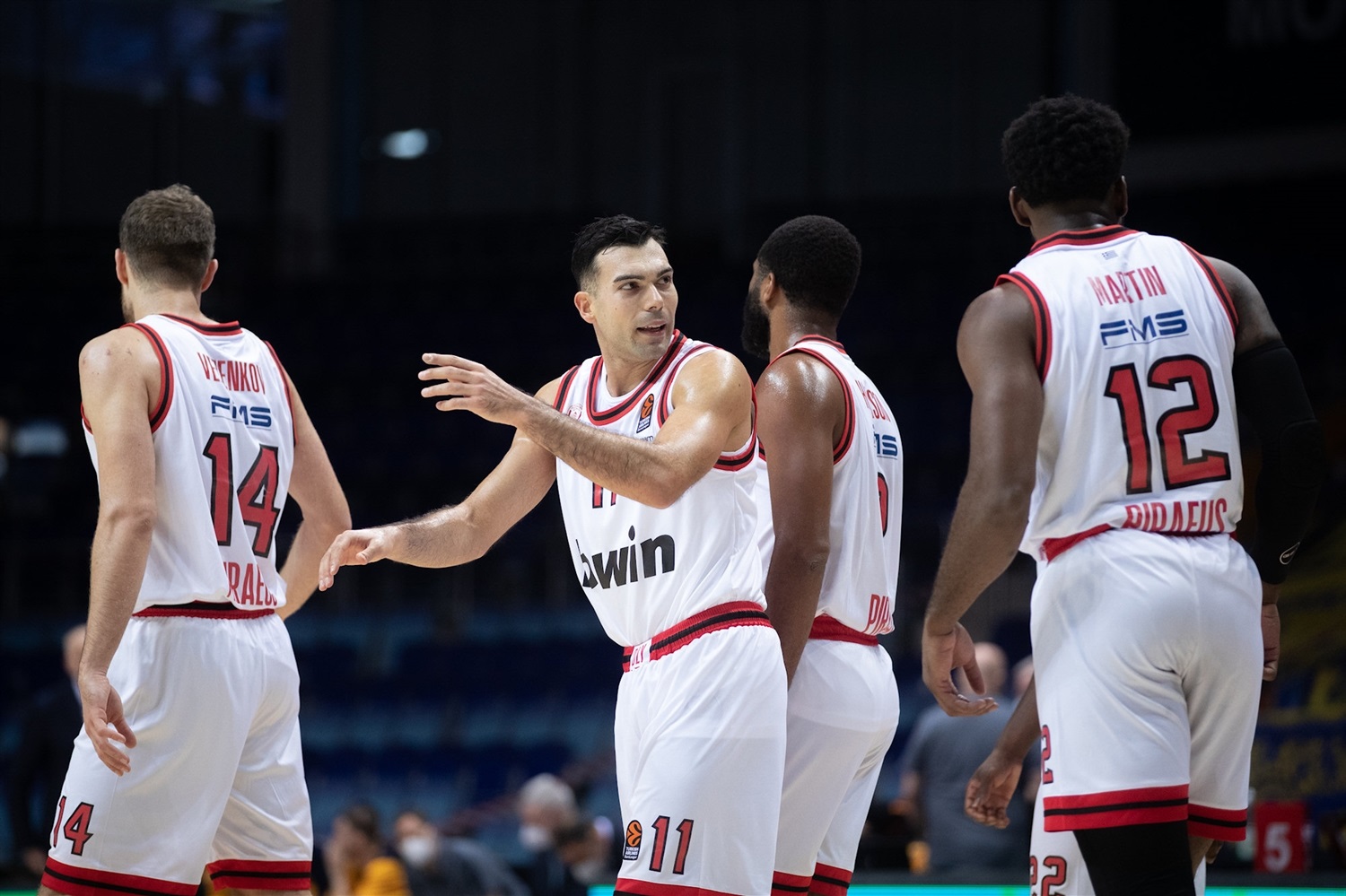 Olympiacos made a stellar offensive performance and dominated Khimki on the road (88-105) to snap a three-game EuroLeague losing streak.

The “Reds” were unstoppable on the offensive end of the floor and closed 2020 in a perfect way.

The visitors tied franchise records in made three-pointers (16) and highest scoring total in a EuroLeague road game (105).

A 0-13 run in the third quarter helped Olympiacos earn a double-digit lead and cruise to the victory.

Khimki never recovered after that and lost its ninth straight game. Therefore, they remained on the bottom of the EuroLeague standings (2-15).

Meanwhile, Olympiacos improved to 8-8 and maintained a playoff push.

Real Madrid used a 2-10 run in crunch time to defeat Anadolu Efes at Sinan Erdem Dome (65-73) and secure its sixth consecutive win in the EuroLeague.

Back-to-back three-pointers from Jaycee Carroll helped the “Whites” seal the deal and climb to second on the table, at 12-5.

On the other hand, Efes have now lost five of their last six EuroLeague games. Consequently, they are still out of the playoff zone, at 8-9.

Zalgiris Kaunas maintained its momentum and claimed its fifth straight victory to remain within the playoff zone.

Due to their shooting struggles, the Lithuanians relied on their defense to secure a big road win and improve to 10-7.

On the contrary, ALBA, which saw Luke Sikma exit the game with a leg injury early in the fourth quarter, lost its third straight and dropped to 6-10.

Zenit Saint Petersburg made EuroLeague history on Tuesday, after registering their first-ever victory in Tel-Aviv.

The Rissians led by as many as 16 in the third quarter and endured the comeback of the Israelis to seal the deal.

Maccabi cut the deficit to three in crunch time, yet Zenit stood tall and claimed the win (72-78).

Zenit improved to 10-5 in the EuroLeague standings and maintained a top four push, whereas Maccabi dropped to 7-10.

The visitors also earned their seventh win in nine road games in the EuroLeague this season (7-2).

Baskonia made an impressive comeback in the second half and survived a late thriller against Valencia (71-70).

The visitors had the chance to escape from Vitoria with the win, but Nikola Kalinic missed the three-pointer at the buzzer.

Baskonia now has an 8-8 record, two wins away from the playoff zone in the EuroLeague.

Meanwhile, Valencia dropped to 10-7, missing the chance to remain close to the top four.