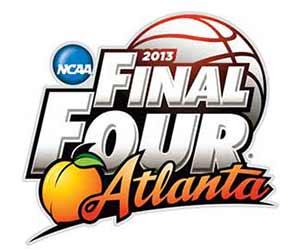 Louisville’s Russ Smith (2) draws the defense and dishes off.

With the conclusion of Day 2 of the Sweet 16 games, the NCAA Regional Finals or better known as the Elite 8, are now set. On Friday, the four remaining games to determine the pairings for the Regional Finals turned out to be fairly anticlimactic, with the exception of the South No. 1 Kansas vs No. 4 Michigan game, which made up for the rest and then some.

Michigan trailed Kansas by 14 with seven minutes left on the clock and had been outplayed the entire game. Naismith Player of the Year nominee Trey Burke of Michigan had been held scoreless in the first half and was uncharacteristically ineffective during the game. That was until the Wolverines collectively got their game together and mounted a comeback, specifically a long three that Burke dropped in to tie the contest up, that will be talked about for years to come.

Elijah Johnson knocked down a triple to put Kansas up 54:68 with just under seven minutes to play. On the other end Burke hit a jumper, then tossed an assist to Tim Hardaway, Jr. for a dunk, which seemed to ignite a flame in the Wolverines (or maybe that was just their fluorescent yellow jerseys and often worn matching shoes). Kansas seemed to lac focus late in the game, as was evident by a 10-second violation by point Elijah Johnson with two minutes left. As Michigan brought the ball in after Johnson’s mental lapse, Burke hit Mitch McGary for a layup, cutting the margin to six, 66:72. After Travis Releford connected on two free throws for Kansas, Burke hit the cords with a three-ball and then Glenn Robinson III got an offensive rebound and put-back to get within three, 71:74. Johnson hit two singles to push the lead to five again, then Burke drove the lane for a deuce to get back to three with 13.2 seconds to play. Johnson was fouled in the backcourt, then missed the front end of a bonus that could have iced the game, but instead Burke came down and sank a long-range triple to knot the score at 76. Kansas got one more shot, but Johnson drove the right side of the lane and instead of putting up a shot, turned and dished the ball back to Naadir Tharpe behind the arc, who put up an off-balanced shot that came up empty, sending the game into an extra five. Amazingly, this would be the first game that ended in overtime during this year’s tournament.

The clubs exchanged the lead numerous times during the extra five, but the difference was McGary connecting on two consecutive jumpers, then Robinson hitting two free throws, for a 6:0 run. After a Johnson three-pointer to pull Kansas to within two, Michigan gave the Jayhawks a final shot, which was taken by Tharpe with 1.1 seconds to play that game up short, knocking the third No. 1 seed out of the tournament. Michigan will now match up with No. 3 Florida in the Regional Finals.

The other No. 1 seed that was in action Friday was Louisville vs. No. 12 Oregon. This one was never a contest as Louisville was sharp and led by the 31 points of Russ Smith. At the half, the Cardinals led the Ducks by 14, 31:45. Oregon was able to get to within six in the second half, but Louisville never let them get close enough to get comfortable. Louisville will next meet up with No. 2 Duke in the Regional Finals.

Midwest No. 2 Duke to the best of No. 3 Michigan State on the shoulders of point Seth Curry’s 29 points. It was Curry’s sixth triple that broke a 38-all score and started a 9:0 run by Duke, an advantage the Blue Devils never gave up. In the end, Curry was 6 of 9 behind the arc, 8 of 17 inside the arc and 7 of 7 at the stripe. Duke coach Mike Krzyzewski is one win away from tying famed UCLA coach John Wooden with 12 Final Four appearances, he is currently tied with North Carolina’s Dean Smith.

In probably the most anticipated game of the night, South No. 3 Florida beat up the story of the tournament, No. 15 Florida Gulf Coast University, 62:50, ending the run by the squad that has thrilled their new-found fans with high-flying dunks and a passion for the game. FGCU came out playing their game, which is an up-tempo style that leads to the long alley-oops their now known for and their town, Ft. Myers, is now nicknamed “Dunk City” after, but they soon they changed their tempo and Florida took advantage of it. FGCU built an early lead, but a 16:0 run by the Gators put the game in their hands and they never let it up. With the win, Florida will now face Michigan for the Regional title.