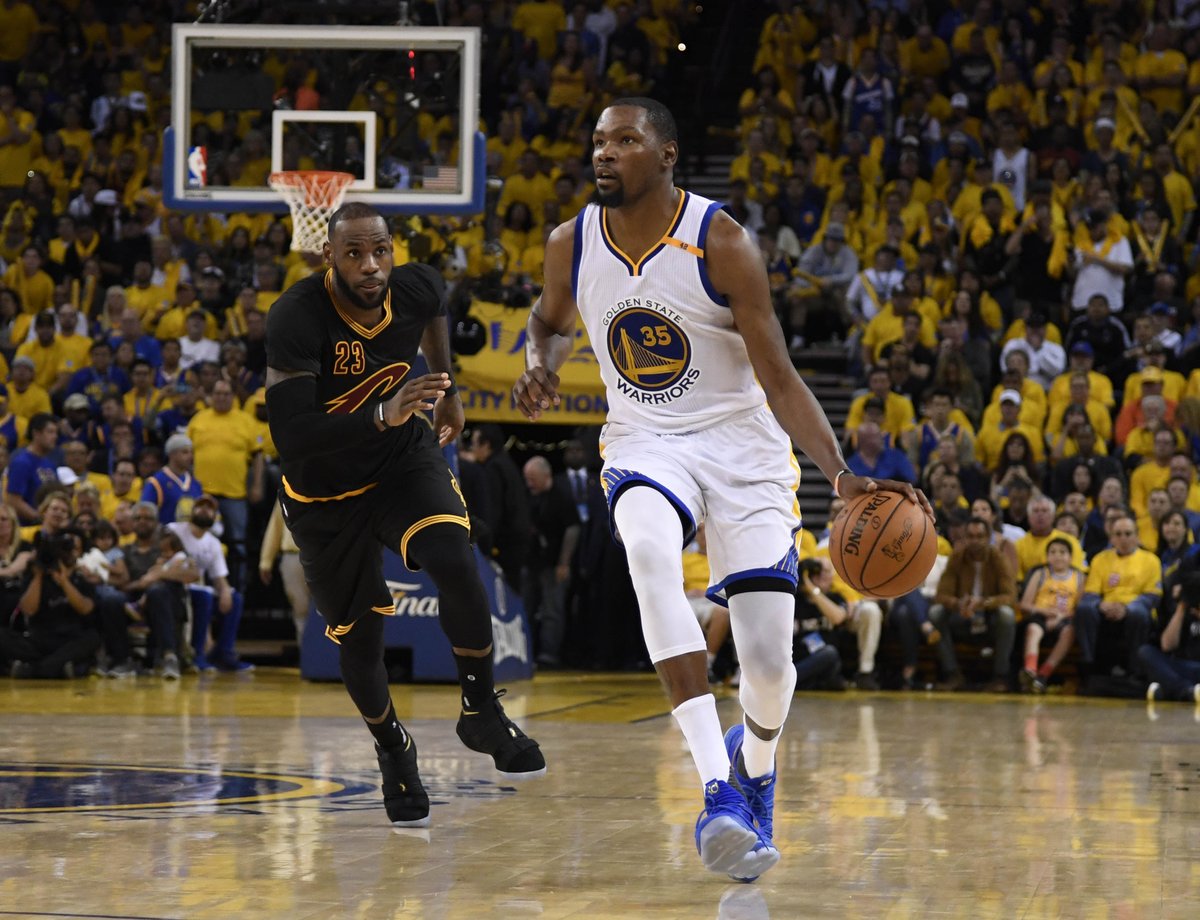 The Golden State Warriors do not lose at home. In fact, the last time a team came into Oracle Arena and beat Golden State was practically two months ago in the regular season. Dominance is becoming second nature for the Warriors. Their run continued in game two of the NBA Finals with a 132-113 victory over the Cleveland Cavaliers.

Golden State received huge nights from their two leading scorers, Kevin Durant and Steph Curry. Early on, Curry was the go-to guy as he led the team to a 40-point first quarter. The former MVP stayed aggressive and found his way to the free-throw line for ten attempts in the first quarter. Not only did he get to the stripe, but he made every single one. Ten made free throws in one quarter is now a new NBA finals record. Previously, five different players were tied at nine. Curry was in need of a great NBA finals performance, after not playing his best the last two years, to solidify his already impressive NBA resume. The star point guard is now off to his best finals start of his career after he finished game two with 32 points, 11 assists and ten rebounds. His first playoff triple-double of his career. This could be the year he finally is able to put up big numbers on the biggest stage. If so, Cleveland is in trouble.

Curry might be playing better with the help of Kevin Durant. Durant is in his first season on the Warriors and looks hungry for his first ring. Cleveland made a run in the second quarter to climb back into the game, but Durant shut down all hopes for the Cavaliers very quickly. Durant was forced to play in the post a ton after Draymond Green found himself in foul trouble most of the game. This meant Durant would be responsible for covering Kevin Love in the Warriors small ball lineup. Durant took the challenge and ran with it as he put on another legendary finals performance. The dynamic all-star finished with 33 points, 13 rebounds, six assists, and even five blocks to get his team past a game two that was on the cusp of slipping out of their hands.

The Warriors led throughout the first half but allowed the Cavaliers to make it close by halftime. Golden State went in with a three-point lead but came out firing in the third quarter. They took an eight-point lead with about six minutes to go and took the game over from that point. Durant led the way as he scored at will on any defender Cleveland threw at him. Curry and Klay Thompson helped seal the deal as well, but Durant’s emotions and strong play was what took them over the top. They went on a huge run to begin the fourth quarter and quickly found themselves up by 20. The Cavaliers made a strong effort to get back in, but pulled their starters with about four minutes to go. The white flag sealed the victory for Golden State.

A year ago, the Warriors would of leaned on Curry and Thompson to get them through these tough games. The duo beat just about every team. However, they weren’t able to hold off the Cavaliers from winning the championship. So, they went out and got arguably the best scorer in the NBA to go with the already ridiculous shooting combo. Durant is making a huge difference in this year’s finals. Cleveland needs to find some answers to get back in the series. The problem is, those answers might not exist.

It’s not like Lebron James is playing poorly for Cleveland either. He is still considered the best player in the world and came up with a big game two. James scored 29 points with 14 assists and 11 rebounds for another triple double in his illustrious career. Scoring more is his only option to give the Cavaliers a chance. If there is another level up in Lebron’s game, he will need to get there as soon as the next game.

Kevin Love turned out to have a great night scoring with 27 points on 12-23 shooting. Besides Love, the rest of the team struggled to do their part on the scoreboard. Kyrie Irving ended up with another disappointing performance with just 19 points on 8-23 shooting. Irving was crucial last year in the finals with high point totals throughout their 3-1 comeback. Big time scorer, J.R. Smith has even struggled mightly as he might be going through one of the worst stretches in his career. After scoring just three points in game one, Smith put up a goose egg in game two with zero points on just two shots. The two starting guards for Cleveland need to score a ton of points, especially against one of the best offenses in NBA history. They’ll need to find their stroke in their first game at home in this series. Game three gets underway on Wednesday night.