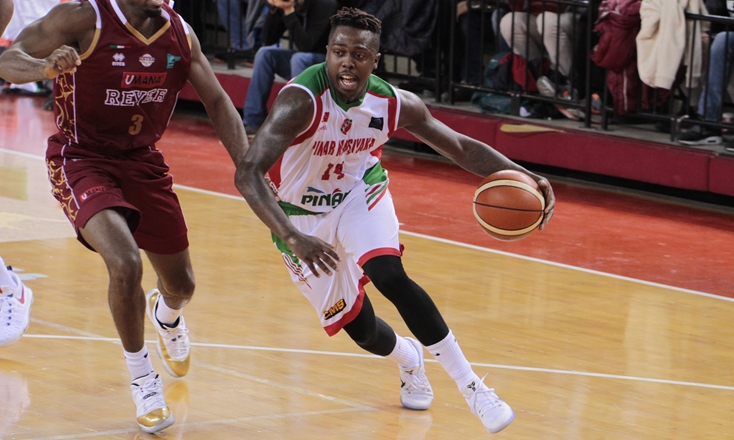 Round 9 of the FIBA Basketball Champions League tipped off on Tuesday. There was a full complement of games in Group A, with wins for Monaco and Banvit at the top. CEZ Nymburk and Aris also kept their seasons ticking over with victories. There were also games in Groups B, C, and D on the night, with plenty of action around the continent.

Monaco’s hot form continued on Tuesday in the FIBA Basketball Champions League with a 59-63 win over Helios Suns. The win sent the guests to 8-1 in the standings, while Helios slipped to 1-8 and is out of the running for qualification. Through the first three quarter, and could not rally to catch Monaco in the fourth act.

Banvit BK joined Monaco on 8-1 with a comfortable 86-71 home win over Fraport Skyliners Frankfurt. The loss sent the German visitors to 3-6, but still with plenty to play for during the Regular Season. Banvit scored at least 20 points to overwhelm the Skyliners, led by Damian Kulig with 15 points and 9 rebounds.

The torrid run of Bakken Bears continued this evening as the Danish club fell 78-92 at home to Aris. The Greek visitors were cruising for long periods and topped off the game with an impressive 32 points haul in the fourth act. Aris moves to 6-3 on this win, while Bakken is bottom of the standings with a 1-8 record.

In the final Group A game of the week, CEZ Nymburk edged Ironi Nahariya 83-86 to move up to 6-3 and a tie for second place. Ironi Nahariya joins a fight with the Fraport Skyliners on 6-3. The hosts actually led 43-42 at halftime and through thirty minutes Nymburk has taken a slender two points lead before wrapping the game in Q4.

The single game in Group B saw Pinar Karsiyaka Izmir destroy Umana Venezia 99-59 in front of its own fans. This was a clash between second and third in the standings and Izmir sent out a message. The Turkish hosts managed to join Venezia on 6-3 with this victory. J’Covan Marquis Brown was hot in the win, securing 36 points. Note a single Venezia player reached double figures.

ASVEL Lyon clinched success in the sole Group C game on Tuesday in the FIBA Basketball Champions League. The French club downed EWE Baskets Oldenburg 79-69 to move to 7-2, while Oldenburg fell to 5-4 but holds third place for the time being. The second quarter saw the momentum turn to Lyon as the hosts won the period 24-19 and never looked back.

Cibona was too strong for Mega Leks in Croatia and secured an 87-77 win to lock a record of 3-6 and send the visitors to the bottom of the standings on 2-7. The hosts drained 48 points in the first half and looked into control, despite Mega Leks rallying with a 16-24 run in the fourth. Nika Slavica paced the win with 25 points and 9 boards.

Utena Juventus proved too strong for Oostende in Lithuania and took an 81-71 win thanks a consistent offensive effort. The hosts didn’t drop a single frame on the way to victory, led by 46 first half points. The win sent Juventus to 6-3, while Oostende fell to 4-5.