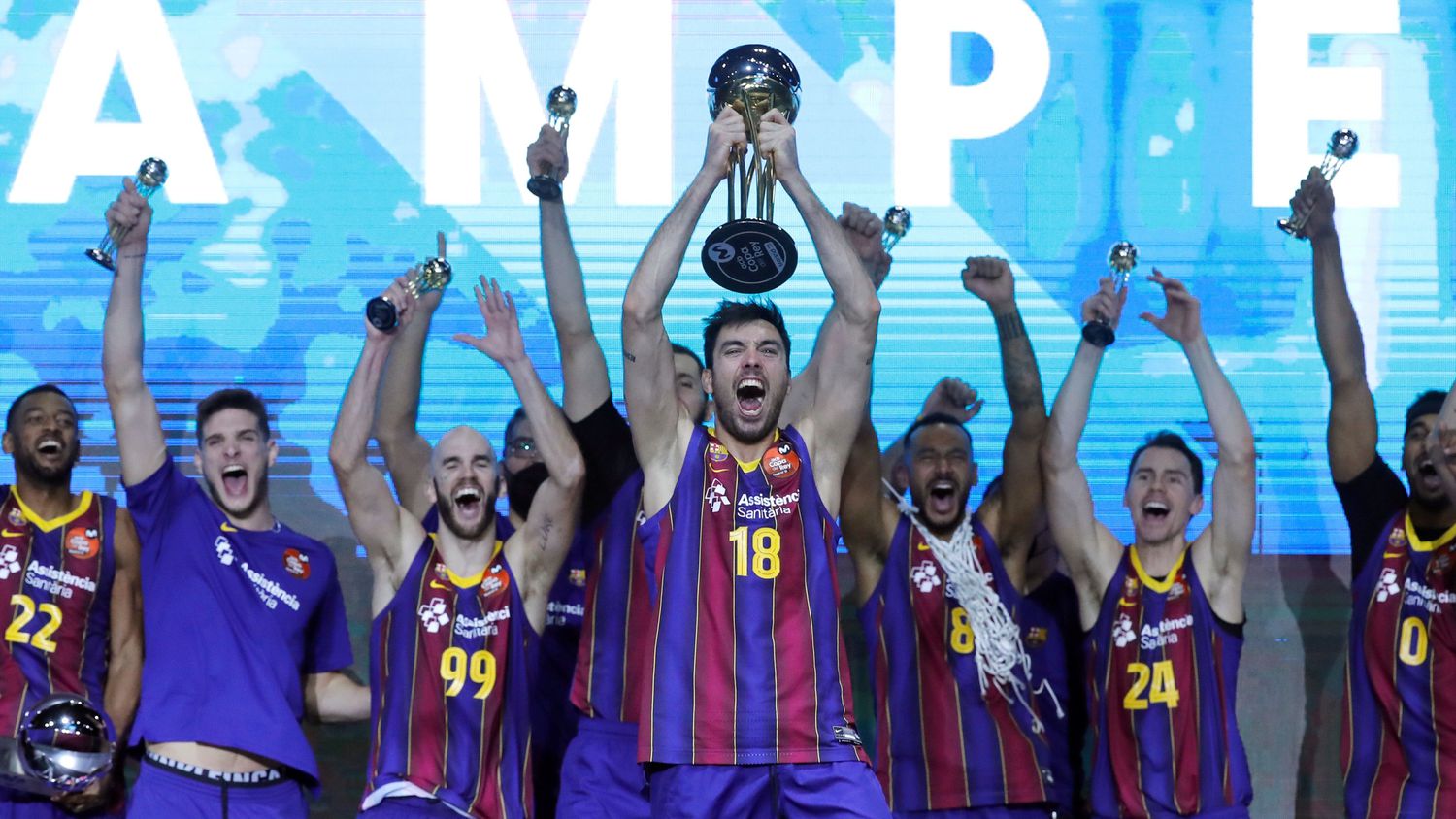 As a result, FC Barcelona won the event for the 26th time.

Final MVP Cory Higgins, a former NBA player who’s in his second season with the club, paced the victors with 20 points at WiZink Center.

In addition, in a well-balanced scoring effort, the Catalonian squad also got an offensive boost from Roland Smits (13 points), Nikola Mirotic (12 points) and Nick Calathes (12 points and nine assists), while Brandon Davies poured in 10 points. It was the 85th edition of the tournament.

Sarunas Jasikevicius, who won the Copa del Rey three times as a standout point guard (2001, 2003, 2013) for FC Barcelona, enjoyed the thrill of victory for the first time as the team’s head coach.

“I don’t know if I’m good at training, but celebrating I’m very good,” he quipped.

For Real Madrid, Walter Tavares had a team-best 17 points along with nine boards and five blocked shots. Alberto Abalde chipped in with 15 points.

FC Barcelona jumped out to a 20-11 lead by the end of the first quarter, then completely controlled the second stanza, extending its lead to 52-31 by halftime.

In analyzing the outcome of the game, Tavares gave credit to FC Barcelona.

“What happened is that they didn’t let us get into the game,” Tavares commented. “Whenever we had chances to get close on the scoreboard they broke our rhythm with fouls and other things. We didn’t start the game well but, little by little, we competed. We can’t take on the whole world, we gave our best and that’s it.”

In the 2021 Copa del Rey semifinals on Saturday, Real Madrid booked a spot in the title contest by beating Tenerife 85-78.

FC Barcelona, which won its most recent Copa del Rey crown in 2019, got past Baskonia 77-68 in the other semifinal on the same day.

Elsewhere in Europe on Sunday

In addition to the Copa del Rey final four, it was a weekend featuring the final four in several national cups.

On Sunday, Olimpia Milano defeated Basket Pesaro 87-59 to win the Italian Cup for the seventh time, and for the first time since 2017. An 18-0 spurt highlighted the winning club’s effort, as did strong performances from Gigi Datome (15 points) and Kevin Punter and Zach LeDay (both with 13 points). Sergio Rodriguez registered eight assists.

In Lithuania, Zalgiris Kaunas held off Lietkabelis 76-69 in the King Mindaugas Cup final, winning the event for the second straight year. For the champs,  Thomas Walkup led the way with 18 points, eight assists, and 5 steals.

In Serbia, KK Crvena Zvezda recorded a 73-60 triumph over Mega Basket in the Radivoj Korac Cup final. Dejan Davidovac had 14 points and six assists for Crvena Zvezda, which had won its last tourney title in 2017. Teammate Johnny O’Bryant also scored 14 points and pulled down seven rebounds. Mega Basket was held to 20 points after the intermission.