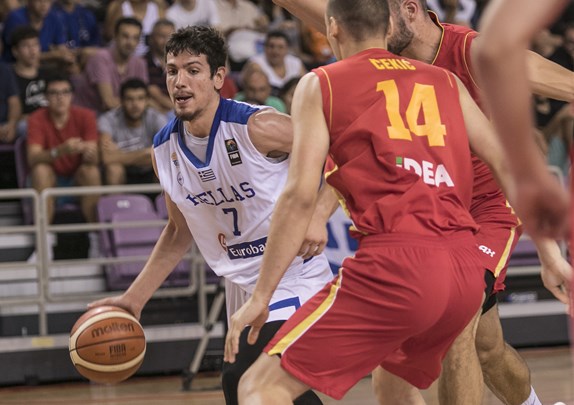 The quarter-finals have been set in the European Championships U20 after the Round of 16 took place on Wednesday. The best young players on the continent met to decide which how the nations will line up in the last eight. Iceland, Israel, Germany, Spain, France Serbia, Greece, and Lithuania are the countries through to the next round and remain in the hunt for the title.

European Championships U20 hosts Greece moved into the quarters with a 56-49 win over Montenegro in Crete. The hosts led 17-9 through the first frame and maintained an advantage from there, moving into the fourth act with an 8-point lead. Vasileios Charalampopoulos paced the win with 14 points and 8 rebounds.

Serbia remained in the hunt for a sixth U20 European title, which would extend the country as the winningest team in tournament history. The Serbian contingent downed Ukraine 98-63 in a cruising win that showcased the attacking abilities of one of the favourites for the title. Serbia dropped 51 points in the first half and never looked back.

In a Round of 16 clash, France crushed Czech Republic 88-61 to progress. Les Bleus rarely looked troubled and used a 29-16 run in the third period to put the game to bed for good. Elie-Franck Okobo stood out in the winning effort with 16 points.

Lithuania progressed at the expense of Slovenia, using a 76-61 win to ease into the next round. In a comfortable victory, Lithuania led by 11 points at the long break and extended the advantage through the second half. Martynas Echodas was the best performer for the winners with 22 points, 9 boards, and 4 assists.

In a close game, Israel edged Italy 79-71 to make the last eight. A 23-15 lead after 10 minutes proved to be important as the Azzurri clawed back into the game. Israel held firm in the fourth act to secure the win. Netanel Artzi’s 22 points helped Israel into the next round.

Reigning European Championships U20 champs Spain showed why it is among the favourites again this year. The Iberian team thrashed Latvia 96-52 to stay on course in its title defence. Spain delivered a massive 57 points in the first half as they led from tip off to final buzzer. Santiago Yusta set the tone with 18 points.

The biggest mismatch of the day saw Iceland make the quarters with a devastating win over Sweden. A 39-73 score tells you all there is to know as Iceland cruised and Sweden crumbled. A 22-5 run in the second quarter hinted that the win was a formality, and so it proved.

In the closest game of the round, Germany edged past Turkey 77-80. Moritz Wagner drained 23 points in the win. The game was tied 31-31 through halftime and there was little to split the teams throughout. However, Germany just had the legs to progress to the next stage.