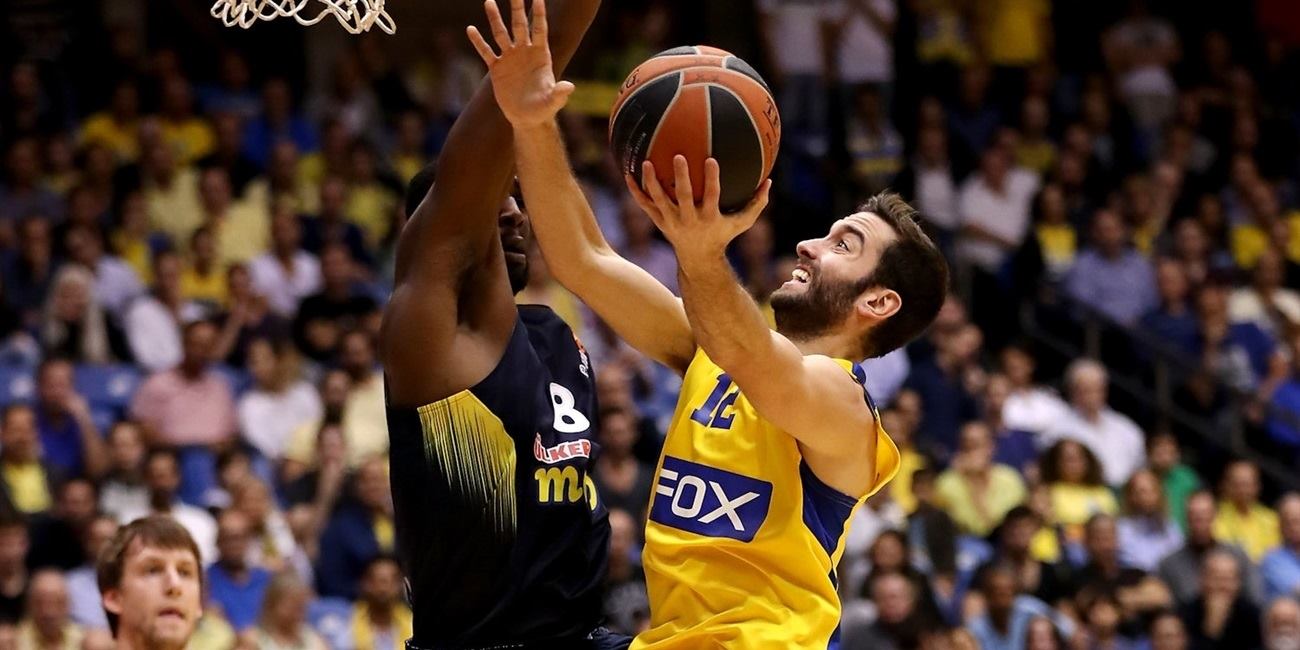 Euroleague Round 7 underway with four games

The festival of Basketball is back. Owing to the unique new Euroleague format, we are being treated to another week of non-stop action in Europe’s elite competition. The all-teams-play-all format of the Regular Season means we get two rounds played in a single week once a month. This in turn means four consecutive days of clashes between the best clubs on the continent.

This week, Round 7 and Round 8 of the 2016/2017 Euroleague will be played, with the festivities tipping off with four games on Tuesday. There were contrasting fortunes for Istanbul clubs this evening as Anadolu Efes defeated Unics Kazan and Fenerbahce was swamped by Maccabi Tel Aviv. In the other contest, Crvena Zvezda Belgrade downed a Brose Bamberg that cannot catch a break. In the final game, Milan went big to see off Baskonia Vitoria.

Fenerbahce’s Euroleague season is now in real danger of falling apart. After finishing runner up last campaign and winning its opening four this season, the Turkish club looked a real title contender. However, with this loss Fener has now dropped three on the bounce. A recovery is needed fast if the club is to live up to its potential.

Of course, losing to multiple former champions Tel Aviv on the road happens, even if the Israeli giant is in transition. Despite staying close, the guests could never really compete with Maccabi Tel Aviv here as the hosts moved to 3-4 in the standings.

Ekpe Udoh paced the visitors with 17 points, followed by Jan Vesely with 16 points and 8 rebounds.

Solid but unspectacular would describe both these teams. We wrote last week that Bamberg has impressed but has been rewarded with little. This game encapsulated that feeling, with the German hosts playing very well again, but ending the contest empty handed. After draining 32 points in the third, the hosts looked to have the momentum with a 61-58 lead through thirty minutes. However, the Serbian visitors of Red Star sloshed in 21 points to win the contest late in the fourth quarter.

Nicolo Melli claimed a double-double of 16 points and 10 boards in the losing effort. Darius Miller was good for 14 points and Janis Strelnieks managed 12 points.

Turkish club Anadolu Efes was forced to pull out all the offensive stops to see off a dangerous Unics Kazan in Istanbul. Breaking a century of points, the hosts actually fought back from a 49-54 losing first half. The comeback started with a 32 point haul in the third act, before Efes plundered another 23 in the fourth to close the game with a 55 points second half.

Keith Langford is in devastating form, and topped the scoring here with 25 points. Langford is currently averaging 24.5 points per game and showed his offensive strength here with 9 scoring passes. Artsoim Parakhouski backed Langford up with a double-double of 20 points and 10 rebounds.

Milan is probably the surprise package of the Euroleague season so far. With a win against a strong Baskonia, the Italian champs moved to 4-3 after an impressive start. Vitoria is still struggling for consistency that could make the club move to the next level. Here, the Spanish visitors were punished for a low scoring 35 points in the first half. Milan carried a 14 points lead into the second half and simply cruised from there.

Rakim Sanders set the scoring form with 19 points in the win, while Ricky Hickman added 13 points.

Shane Larkin shone for Vitoria with 21 points and 9 dimes, followed by Johannes Voightmann with 16 points and Andrea Bargnani with 13 points.