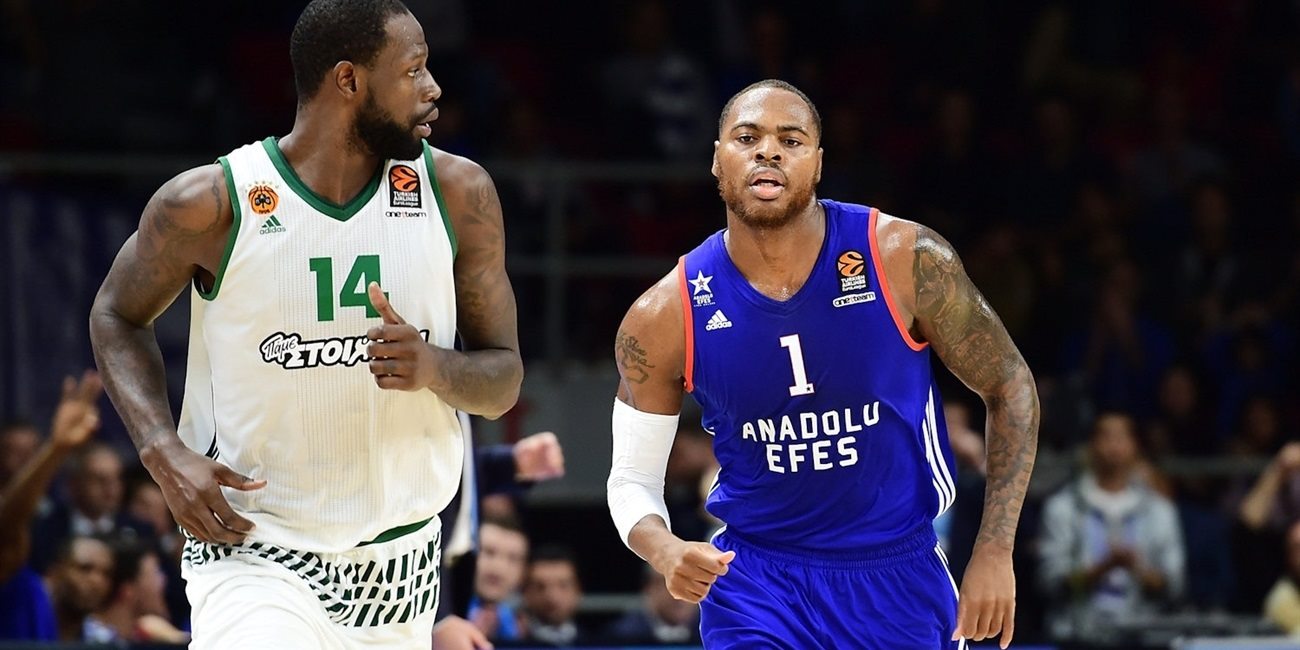 The change of Euroleague format this season has changed how we see some days. As a consequence, Friday was an unusually quiet day for Europe’s elite competition. There were just three contests on the day as the previous six were played out on Wednesday and Tuesday. That’s how it is going to be in this fantastic new Regular Season, where every club plays the other twice.

Still, even three games in the Euroleague are a worthy opening to the weekend, and the clubs did not disappoint. Anadolu Efes Istanbul continued its resurgence with a win over Panathinaikos, Baskonia bounced back to defeat Crvena Zvezda Belgrade, and Darussafaka downed struggling Zalgiris Kaunas.

A look at the final score suggests Anadolu Efes had a relatively easy home game. However, this contest went to two overtime periods after the score was locked 70-70 through regulation time. It was still tied after 45 minutes before the hosts finally surged in the second overtime. The win is Anadolu Efes Istanbul’s second consecutive (2-3), while Panathinaikos slips to 3-2.

Thomas Huertal topped the win with 17 points, while Taylor Honeycutt doubled up with 15 points and 13 rebounds. DeShaun Thomas added 13 points with two other double-doubles in the Istanbul ranks. Bryant Dunston added 12 points and 11 boards, while Derrick Brown scored 11 points and pulled in 11 rebounds.

K.C. Rivers scored 15 points for the Greek team, with Nikos Pappas adding 13 points. James Gist had his own double-double of 12 points and 10 rebounds.

Darussafaka travelled away from Istanbul and defeated Zalgiris Kaunas in Lithuania to move to 3-2 in the standings after a solid start. The hosts looked to be in charge through halftime with a 35-26 lead built off an excellent 25-15 run in the first quarter. Darussafaka started to rally in the third act, draining 35 points to snatch a 56-61 lead through thirty minutes. The visitors completed the job in the fourth frame and finished with 57 second half points.

Paulius Jankunas and Leo Westerman scored game high 21 points in the losing effort, with Jankunas securing a double-double with 11 rebounds.

The good form of Crvena Zvezda early in this Euroleague season has crumbled. The Serbian champions was outfought by Baskonia Vitoria in Round 5 and is now on a three game losing streak. Baskonia on the other hand continues to compile a consistent campaign. Despite a fourth quarter rally from the hosts, the Spanish club cruised in this game and went into that Q4 with an 11 point lead that never looked like being caught.