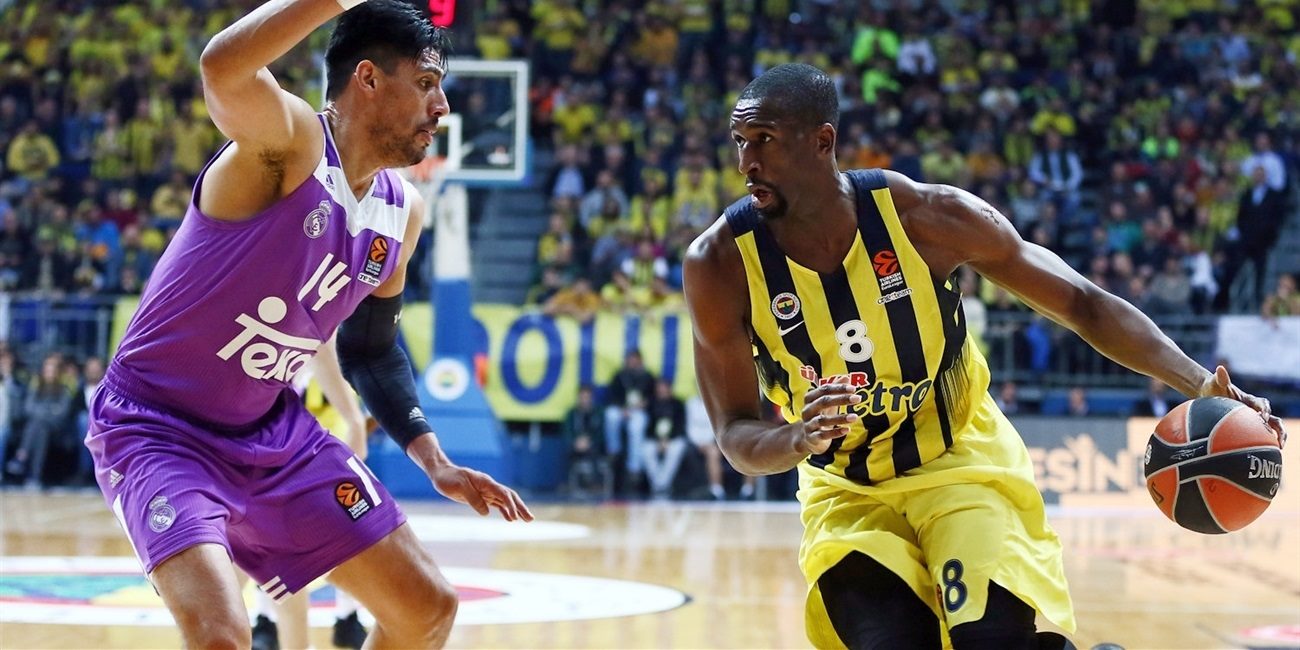 The tenth round of the Euroleague regular season tipped off with four games on Thursday. There was a mouthwatering clash as Fenerbahce edged Real Madrid by a single point in an Istanbul thriller. Unics Kazan hit a century of points to defeat Milan at home. CSKA Moscow downed a plucky Bamberg on the road, while Anadolu Efes also tasted away success over Maccabi Tel Aviv.

Unics Kazan dominated in the first quarter to swamp Milan and move to 3-7 in the group, while Milan lost its third consecutive game and dropped to 2-6. The hosts were excellent in the first quarter and amassed a 35-24 lead before extending the advantage to 57-43 through halftime. Unics was in total control and capped a fine home performance with 27-10 fourth quarter.

Jamel McLean was good for 16 points in the losing effort.

Fenerbahce played host to Real Madrid in a clash between two Euroleague title contenders. The home team snatched a narrow win, but this game showed how narrow the margins are between the best teams in Europe. After this game, both clubs are locked in second place with a 7-3 record. The contest was tied 57-57 through thirty minutes, but at the end of a tense fourth act James Nunnally drained the game winning shot from the charity strip.

Nunnally topped the win with 18 points, followed by Ekpe Udoh with a double-double of 14 points and 10 rebounds.

One of the trends of this Euroleague season has been Brose Bamberg playing very well but coming up empty handed. The Germans continued that with a stunning performance against reigning champs CSKA Moscow, but ultimately fell short. The Russian guests stayed top with a 9-1 record, while Bamberg slipped to 2-8 and is somehow at the foot of the table.

CSKA is coping well without Nando De Colo and Milos Teodosic picked it up again on Thursday with 31 points and 8 assists. Andrey Vorontsevich took 16 points in the win.

Maccabi Tel Aviv’s recent good form was halted by a solid Anadolu Efes Istanbul in Israel. The victory is the Turkish clubs third in a row and pushes them to 5-5, a record shared by Tel Aviv. The hosts managed to comeback from a losing deficit to tie the game 63-63 through thirty minutes, but Anadolu collected the last act momentum and took the prize in a strong fourth quarter.

Derrick Brown doubled up with 22 points and 12 rebounds for the winners, while Tyler Honeycutt secured 21 points and Bryant Dunston 14 points.