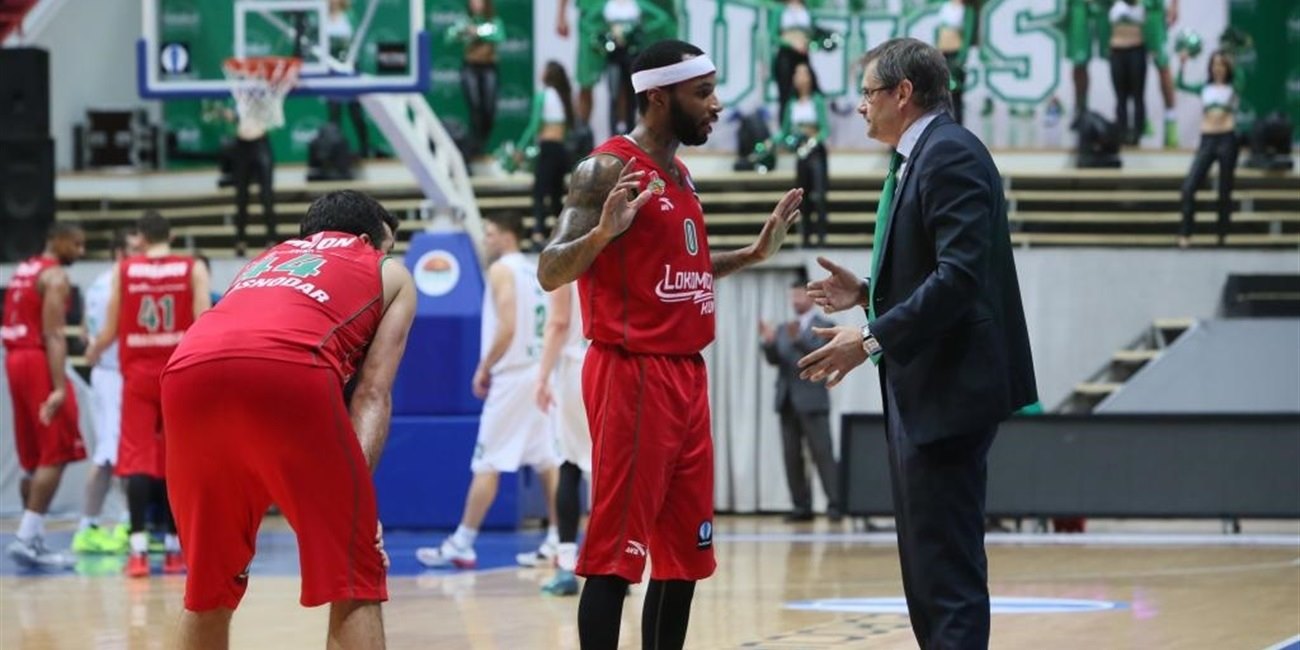 The second day of the Eurocup Quarter-Finals wrapped up the first leg picture with three contests taking place over Wednesday evening. In an all-Russian contest, Lokomotiv Kuban came away from Kazan with a big win over Unics to set up progression to the Final Four. Paris-Levallois edged Banvit Bandirma in the French capital, but it is all to play for next week as the tie heads to Turkey. In the other game, Gran Canaria carriers a commanding lead into the second leg after defeating Karsiyaka Izmir comfortably at home.

Yesterday Khimky Moscow Region scraped past current champions Valencia Basket in a 75-76 results, keeping the tie very narrow, but with Khimky favourites going back to Moscow in a week’s time.

Unics Kazan vs. Lokomotiv Kuban Krasnodar, 78-87
Lokomtiv took out Unics Kazan on the road in this all-Russian match up and in the process put one foot into the final four. The Krasnodar outfit really seems to have its sights on the Eurocup crown this season and shook off a weekend defeat to down a good Unics team. The win sends Lokomotiv back to their home court next week with a nine point advantage to protect. Unics Kazan are still in the tie, but face an uphill battle in Krasnodar next week after this loss, but still expect fireworks in a week’s time.

The victory was all the more impressive considering Lokomotiv has been hit by an injury crisis, and of course it keeps the clubs’ 100% record in the Eurocup this season. It was Unics Kazan that took an early lead, pacing through the first quarter to lead 23-20 through 10 minutes. An 18-23 reverse in the second stanza set up Lokomotiv for a 41-43 lead and from there the visitors cruised through the third act before tying the game up in the fourth.

Malcom Delaney secured 23 points for the winners, the best haul in the game. He was followed by Krunoslav Simon with 18 points, 7 assists, and 7 rebounds, and Richard Hendrix with 15 points and 7 boards.

Paris-Levallois vs. Banvit Bandirma, 67-65
In a close fought game, Paris-Levallois pulled off a big win to take advantage in its quarter-final showdown with Banvit Bandirma. The French club used home court advantage to edge the game by two points, meaning next week’s clash in Turkey leaves the tie with all to play for. Indeed, both teams will have confidence heading to Bandirma, but arguably the Turkish club are in a better position despite the loss this week.

The first quarter hinted at was to come as the teams traded baskets until Banvit found an opening to lead 16-17 at the first split. The visitors extended their lead through another tight frame, the second quarter ending 14-16 to hand the away club a 30-33 advantage at the long break. Paris finally found a superior rhythm in the third, although it was another nervy stanza. The hosts won the period by three points to tie the game 51 apiece heading into the fourth quarter. That final act proved edgy as neither team wanted to take a chance, but ultimately in front of home support Paris-Levallois took the win.

Banvit had the game’s high scorer in the form of Vladimir Dragicevic with 16 points, while he completed a solid game by adding 9 boards. Sammy Mejia managed to haul 13 points in the losing team.

The hosts set a good tone in the first quarter to take a decent 22-17 lead from the opening stanza. However, Izmir made up that difference with a winning second frame, and through halftime the scoreboard was locked on 42-42. The teams continued to trade buckets and the lead in the third period, but Gran Canaria had the better of the final minutes and edged a 57-55 advantage going to the fourth. In the last quarter the home team found another gear to put together a 19-11 run that ensured a double digit lead heading into the second leg next week.

Juan Palacios topped the scoring 18 points for the losing team, followed by Bobby Dixon with 14 points and D.J. Strawberry with 12 points.