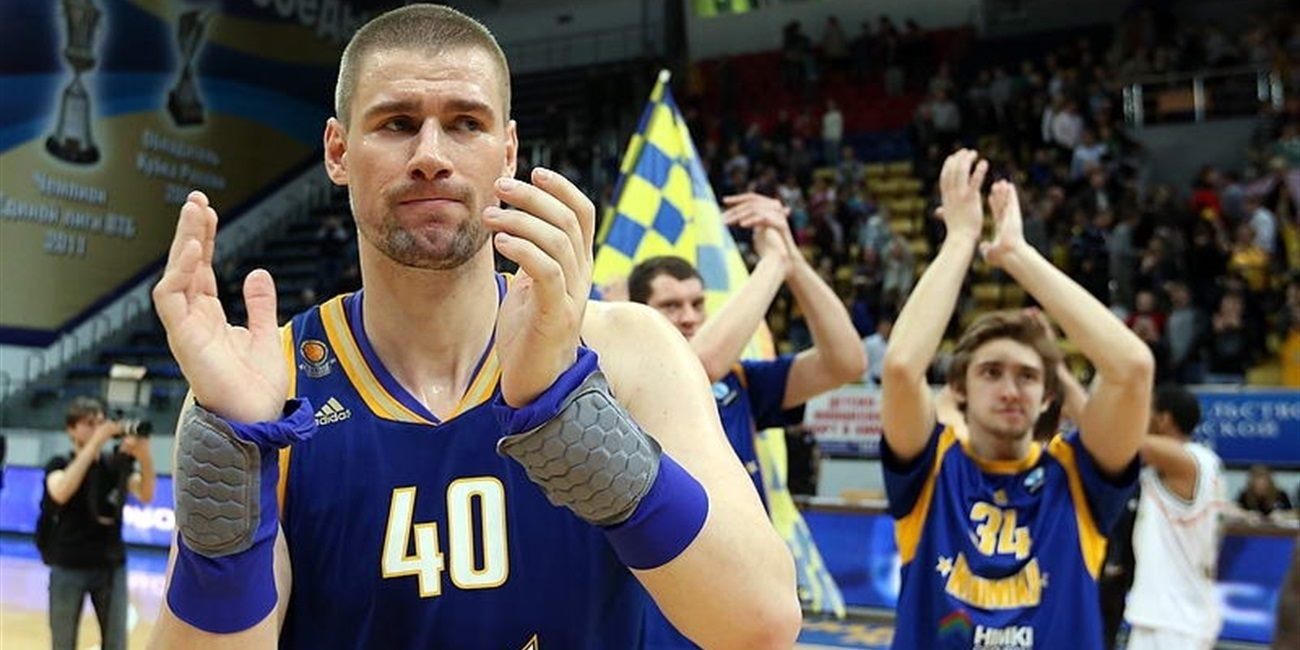 The 2014/2015 Eurocup Final has been locked after both Khimki and Gran Canaria progressed into the showpiece game. It was a night of close Basketball action in Russia and Spain and few will argue with the two teams finding themselves in the championship game.

Herbalife Gran Canaria Las Palmas has been in formidable form on the continent this season and the Spanish club eased into the final over two legs against Unics Kazan. In the other contest, Khimki Moscow Region had more to do against Banvit Bandirma, but the Russian club prevailed and continued its own impressive form in all competitions this campaign.

Khimki Moscow Region vs. Banvit Bandirma, 93-89 (175-172)
These two teams went tight in Turkey last week, but Banvit managed to edge game one 83-82, but it was clear there was little to separate the clubs. Indeed, with Khimki heading back home for game two it looked as though the Russians were favourites to take the tie. And so it proved as Khimki Moscow Region progressed, although the teams were toing and froing for the lead all game. Khimki’s impressive run in the VTB United League has certainly carried over to European competition and the Russians will be a formidable prospect in the Eurocup Final.

The first half proved the difference as Khimki started the game well, easing to a 20-15 lead through the first quarter before winning the second 22-20 to make it 42-35 at halftime. The aggregate score now sat at 124-118 and the hosts looked to be cruising to the Final. However, Banvit sill had enough room to be able to influence the tie and the visitors won the third act 23-25 to make it very interesting heading into the fourth (65-60, 147-142). The Turkish club also won the fourth, a high scoring clash of buckets that finished 28-29, ultimately not enough to give the Bandirma contingent a win.

Tyrese Rice was playing to his best as he drained a game high 28 points for Khimki, while Paul Davis added 16 points and Sergey Monya 14 points.

Sammy Mejia offered 25 points for the losing effort, followed by Vladimir Veremeenko with 15 points, and Charles Davis with 14 points.

Gran Canaria Las Palmas vs. Unics Kazan, 78-76 (161-146)
Unics Kazan run Gran Canaria close in Spain during game 2, but the Russian club never looked likely to win the two game tie after losing heavily last week. Gran Canaria used its huge 13 point advantage from last week to cruise to the final by a big winning margin, even edging this tight contest in front of its home fans. The Spanish club progresses to the Eurocup Final, the first time in the club’s history, while the team became the first to win 20 games through a single season by improving its record to 21-1 (the best in the competition).

A high quality first quarter saw the hosts add another point to the cause as Gran Canaria edged the frame 22-21. The Spaniards extended through the second with an 18-15 run and through the long break led 40-36 (123-106). It was already all over for Unics, but the Kazan team at least rallied to a 20-23 winning third period before the home team finally put the tie to bed through the fourth act.

Levon Kendall led the winners with 17 points and 6 rebounds, while Kyle Kuric and Eulis Baez secured 12 points apiece, with Baez doubling up by also adding 11 boards.

James White stood out for Unics Kazan with a game high 20 points. D’or Fischer added 17 points and 6 caroms, and Curtis Jerrells was good for 13 points in the loss.