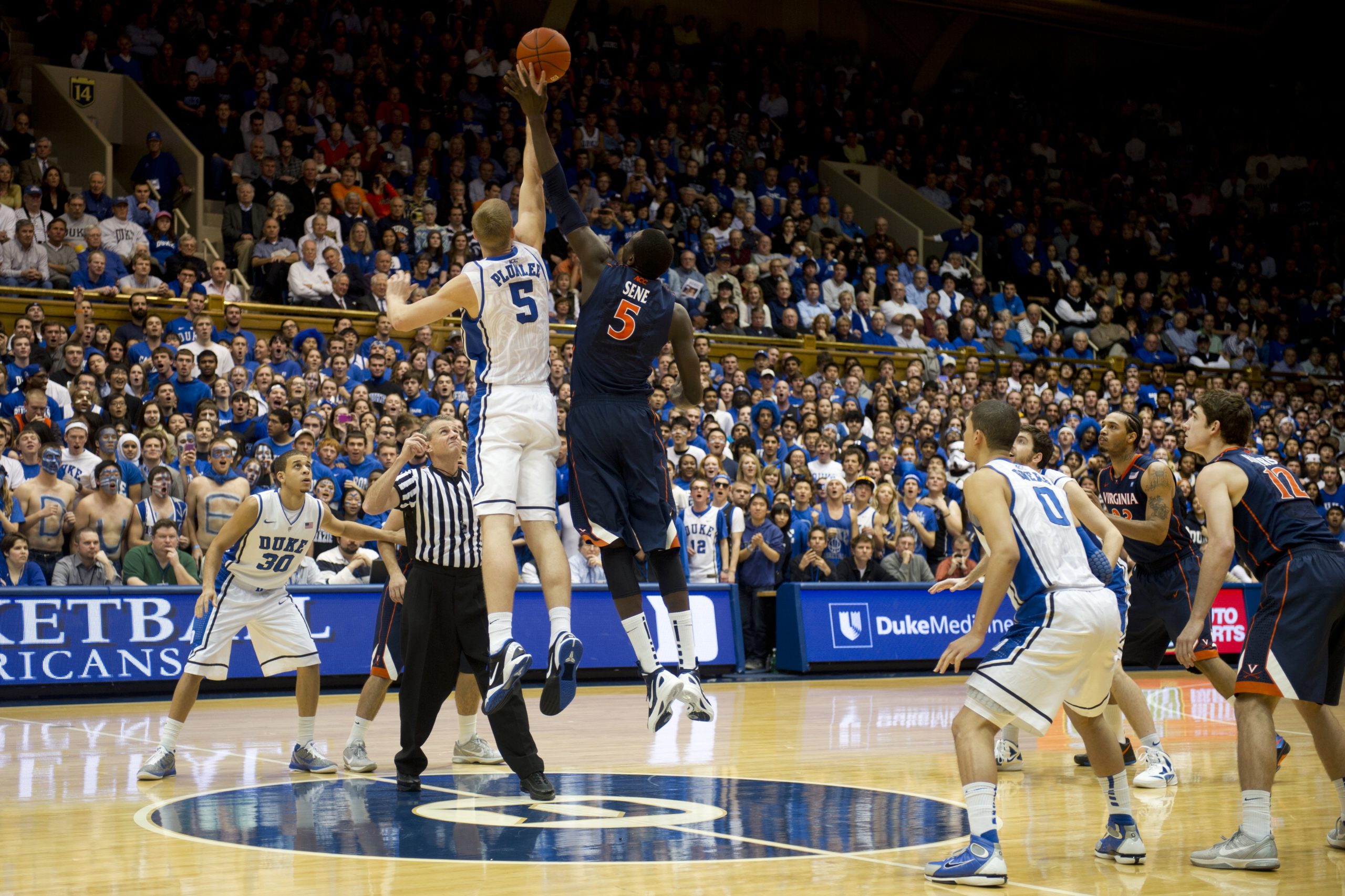 College Basketball Begins With Plenty of Changes. There are numerous transfers and players with extra eligibility chasing an N.C.A.A. title.

A showcase in Madison Square Garden raised the curtain on the men’s college basketball season on Tuesday night, with No. 9 Duke beating Kentucky, 79-71, and No. 3 Kansas topping Michigan State, 87-74, in front of a big crowd.

The games begin a 2021-22 season that is likely to look much different from last season because of changes in the game and players switching teams.

Here’s a look at what the teams will need to navigate as they pursue a championship.

Gonzaga is once again the team to beat.

The Bulldogs’ only loss last season came to Baylor in the N.C.A.A. championship game.

Despite losing the Final Four hero Jalen Suggs, Corey Kispert, and Joel Ayayi to the pros, Gonzaga is once again the preseason No. 1 in the Associated Press poll and in Ken Pomeroy’s rankings.

Circle the Zags’ matchup with Duke in Las Vegas on Nov. 26 on your calendar.

Several key players and coaches weren’t on the court when the season began.

Gonzaga Coach Mark Few served a one-game suspension for the Bulldogs’ opener Tuesday against Dixie State after being cited in September for driving under the influence in Idaho. An assistant, Brian Michaelson, guided the Bulldogs to a 97-63 rout.

Few last month pleaded guilty to misdemeanor driving under the influence and must pay a fine of $1,000 in lieu of spending four days in jail, according to court documents obtained by The Associated Press.

Forward Jalen Wilson, a redshirt sophomore at Kansas, was suspended for the team’s first three regular-season games after being arrested on suspicion of driving under the influence. The games included No. 3 Kansas’ opening night win against Michigan State.

Illinois center Kofi Cockburn, the preseason player of the year in the Big Ten Conference, was suspended three games by the N.C.A.A. for name, image, and likeness violations. Cockburn will miss games against Jackson State, Arkansas State, and Marquette. Cockburn, a 7-foot center, was suspended for selling “institutionally issued apparel and memorabilia” before July 1, when rules were adopted allowing college athletes to profit off their fame.

Texas Tech will be without guard T.J. Shannon, a junior, while the university reviews eligibility rules after he went through the N.B.A. draft process over the summer before returning to campus. Shannon, named to the preseason All-Big 12 team, averaged 12.9 points and 4.0 rebounds last season and is the team’s top returning scorer.

The fifth-year guys are ready to run it back.

Men’s college basketball figures to once again be dominated by veteran teams, especially after the N.C.A.A. a year ago granted athletes in winter sports an extra year of eligibility in the wake of the pandemic.

The Big East Conference, for example, has 28 fifth-year players among its 11 schools, with every team having at least one. Butler has six, Providence five.

At No. 4 Villanova, point guard Collin Gillespie and forward Jermaine Samuels are back for a fifth year and eager to help the newly minted Hall of Fame Coach Jay Wright compete for the program’s third national title since 2016.

At No. 24 UConn, forwards Tyler Polley and Isaiah Whaley, a reigning Big East co-defensive player of the year, are back for a fifth season.

On top of the fifth-year players returning to college basketball, the N.C.A.A. in April ruled that all transfers would be immediately eligible to play instead of having to sit out one season first.

And there are a lot of transfers. Nearly 1,800 Division I men’s college basketball players transferred after last season — a third of all players.

Kansas, No. 5 Texas, and No. 8 Baylor in the Big 12 loaded up via the transfer portal, with Kansas adding guards Jalen Coleman-Lands and Remy Martin. Coleman-Lands is an extreme example of how older players could impact college basketball. The 6-foot-4 guard is 25 and is now at his fourth school after previous stops at Illinois, DePaul, and Iowa State.

Kentucky, the Southeastern Conference power that has traditionally relied on one-and-done freshmen, dipped into the portal and addressed deficiencies from last season, including shooting, leadership, and a physical presence down low. The Wildcats added guards Sahvir Wheeler (Georgia), C.J. Frederick (Iowa), and Kellan Grady, a 2,000-point scorer at Davidson, along with a bruising forward, Oscar Tshiebwe (West Virginia).

Name, image and likeness rules will have an impact.

Yet another significant change in college basketball came in June when the N.C.A.A., under pressure from state laws, allowed players to earn money while still on campus.

Emoni Bates, the Memphis freshman who reclassified up a year to enroll in college and has been compared to a young Kevin Durant, announced in September that he had signed with Roc Nation and Raymond Brothers to represent him in N.I.L. deals.

Hunter Dickinson, a sophomore center at Michigan, has said the new rules helped sway him toward returning to college instead of going pro because now he can earn some money while still in school.

“The N.I.L. stuff definitely helped to be able to make some bread on the side,” Dickinson said during the Big Ten’s media days. “I don’t have to go to Chipotle and wonder if I can get double chicken anymore. I’m pretty good on that.”

Kentucky Coach John Calipari said players would now have to learn financial literacy in addition to the nuances of the pick-and-roll.

Big men are ready to dominate.

There was a time when big men like Patrick Ewing, Hakeem Olajuwon, and Alonzo Mourning dominated college basketball and then starred in the N.B.A.

But the days of dynamic 7-footers roaming the paint and getting fed the basketball on every offensive possession are long gone with payphones and going to the mall to buy clothes.

Now, the N.B.A. prioritizes mobile, athletic frontcourt players who can stretch the floor with 3-point shooting like Durant, Kristaps Porzingis, and Joel Embiid. That, in turn, means that college big men like Michigan’s Dickinson, Illinois’s Cockburn, and, to a lesser degree, Gonzaga’s Timme are not as prized coming out of college. All three returned to campus after getting prognoses that they wouldn’t be drafted early.

The Ivy League is back.

After becoming the first conference to cancel its postseason tournament in March 2020 at the onset of the pandemic, the Ivy League didn’t participate in the 2020-21 season, meaning its players haven’t competed in games in more than 18 months.

Harvard Coach Tommy Amaker expects the league’s players to be rusty and is concerned that they will try to do too much in a short period of time.

“My guess is that we’re all going to be somewhat on edge about the health of our players because we’re banged up already, and I’m sure that’s going to be the case with a lot of us throughout this year trying to find a happy medium with how much can we do and bringing these guys along in the course of a season,” Amaker said in a phone interview.