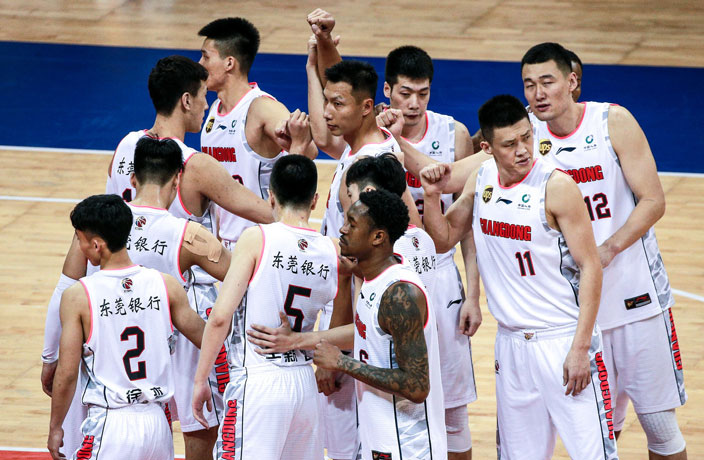 What challenges exist for the Chinese Basketball Association to relaunch its season during the global COVID-19 pandemic?

Plenty, but CBA officials are hoping to get the current campaign started again.

Court Side Newspaper’s interview with a China-based NBA talent evaluator on Monday outlined many of the logistical challenges and concerns that exist.

First, a brief update: The Chinese Basketball Association suspended its 2019-20 season on Jan. 14 due to the coronavirus outbreak, which began in Wuhan. Since then, CBA scheduling announcements have been unveiled, but plans have been delayed.

Early April was one target, followed by April 15. Another potential time: late April. Now, early May is the the revamped plan, according to NBC Sports.

“The April 15 start date may be about right,” the source said. “Or even a bit optimistic at this point.”

The CBA’s 20 teams all have 16 games remaining. It’s unlikely that every team will have the same basic roster makeup if the season is relaunched.

To complete the season, CBA officials have outlined possibilities that include staging games in a single city or two urban locales and complete the season in venues without spectators. After that, the CBA would hold the playoffs, possibly with fans in the stands.

Two cities that have been mentioned as possibilities are Dongguan (southern China, home of the defending champion Guangdong Southern Tigers) and the northern coastal city Qingdao, which ESPN described as having “developed effective quarantine strategies” during the pandemic.

While news changes day by day and the CBA’s plans are fluid, the source recognizes that challenges remain to get teams up and running again.

“It sounds like only five teams have their completed lineups, including imports,” the source stated.

He continued: “Four of the strongest teams, Guangdong, Xinjiang, Liaoning, and Beijing are among teams who are missing players.

After returning to China, everyone must go through a 14-day quarantine. That deadline was March 28, even for coaches.

The Liaoning Flying Leopards had signed O.J. Mayo, who arrived in China on March 27. First, he is going through quarantine. Beijing Ducks star Jeremy Lin recently returned to China.

“Liaoning standouts Lance Stephenson and Brandon Bass appear to have missed the March 28 cutoff date, so the team may only have Mayo when they restart,” the source noted.

Other players attempted to return, but didn’t succeed on time, including the Zhejiang Golden Bulls’ Marcus Denmon and Sylven Landesberg.

The two “had issues with flights and finally were booked on a flight that was going to land five hours passed the deadline. They were told to go home,” the NBA observer said. “So it doesn’t look like they’ll make it here, even after flying all the way from Vancouver, Canada.”

For Guangzhou, Larry Drew was set to serve as coach.

The one player who remained

Allerik Freeman, who plays for the Shenzhen Aviators, is the only import player who stayed in China throughout the COVID-19 crisis. Freeman joined the club just before the Chinese New Year. He appeared in four games before the CBA shutdown began. Over the past two months, he’s been training with the club.

How will the season finish?

As noted above, there are multiple scenarios in which the Chinese Basketball Association campaign could wrap up.

And it could showcase less stars than under normal circumstances.

“Since not all teams have all their imports,” the source pointed out, “one proposal is to play out the season with only Chinese players. The other is to play with one import on the court.

“There will be unhappy teams either way.”

While various starting dates have been proposed for the Chinese Basketball Association’s relaunch, the situation remains precarious.

The NBA observer recommended to wait and see how it all plays out.

“China has no problem changing everything at the last minute,” the source observed, “so until they start playing, no one will know what’s really happening.

“A couple years ago, the day before the season was about to start they delayed the start by a week!”