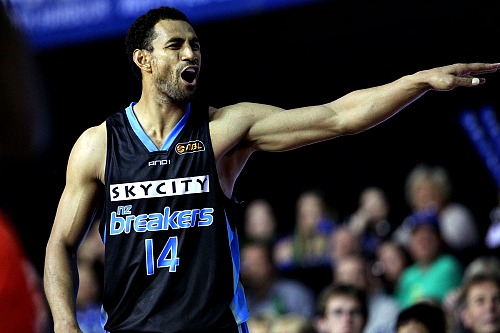 Virtus Acea Roma (Italy-Serie A) has agreed to terms with Mika Vukona (198 cm) this 2015 and will be bringing him in to reinforce their roster. Vukona is a 32-year-old veteran who has dual citizenship from Fiji and New Zealand. He has been a member of the New Zealand national team from 2005 to 2014. […]

For 19 year old Isoa Tuwai, rugby is life. It was the only sport he played until lately when basketball was introduced to him and his colleagues at Queen Victoria School. The boys from Vulinitu are known for their rugby skills but yesterday they showed potential to be equally good in basketball. The QVS under-19 […]

BASKETBALL Fiji (BF) is reaping the benefits of its development programs conducted over the past few years. It has seen an increase in the number of teams competing in the Tuckers Ice Cream Secondary Schools Basketball League. BF development officer Laisiasa Puamau said the increase in teams meant there would be a big increase in […]

A comprehensive post-Championship report from the 3×3 Youth Championships has been completed by FIBA Oceania staff. The report includes game results, photos and organisational overview, as well as the results of the post Championship online survey. If you would like to download the report, please click here. A copy of the report also appears on […]

The hype surrounding this years build up towards the Easter Championship for both men’s and women’s has been very encouraging as a majority of club teams have been fully utilizing basketball courts around the Viti Levu area for the past 6 weeks in anticipation of the annual event. Host Basketball Fiji has scheduled the major […]