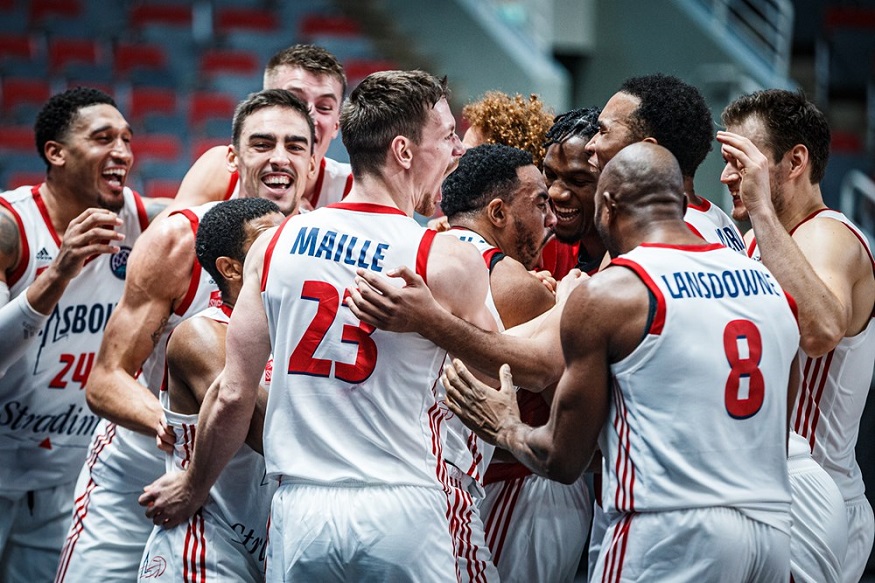 Bonzie Colson hit an incredible buzzer-beating three-pointer to lift Strasbourg over VEF in Riga. At the same time, Darüssafaka Tekfen and Limoges CSP were put to the test but managed to emerge victorious in their maiden games in the Basketball Champions League. All in all, it was a night of true nail biters across three groups.

Bonzie Colson knocked down a contested three-pointer right at the buzzer, his second in the final 38 seconds, to gift SIG Strasbourg a 77-75 triumph over VEF in a thrilling clash in Riga.

VEF jumped to an early 14-point lead, but DeAndre Lansdowne came off the bench and poured in 16 points by halftime to help Strasbourg stay close to the hosts.

Strasbourg even claimed a 5-point lead early in the final stanza, but Kristers Zoriks put VEF back ahead from the free-throw line, 73-70 with 50 seconds left on the clock.

However, Colson found a sliver of daylight and tied the scores at 73-73 from downtown on a Brandon Jefferson assist. Aigars Skele, though, scored with a layup, and the hosts chose to foul Jean-Baptiste Maille on Strasbourg’s final possession.

The Frenchman made his first free-throw and missed the second, but Colson, of all people, came up with the rebound and drilled the game-winning shot right as the buzzer was sounding off.

Lansdowne finished with 26 points on 5 of 7 three-point shooting and also had 3 steals. Hero Colson collected 15 points and 7 rebounds. Zoriks had 17 points and 4 rebounds for VEF.

Darüssafaka Tekfen let slip a 15-point lead but turned back Filou Oostende down the stretch to clinch a 79-74 victory in their maiden encounter in the competition.

The Turkish team, which committed only 10 turnovers all night, jumped in the driver’s seat late in the opening quarter and appeared to be running away with the game just before the seven-minute mark of the third period when Andrew Andrews hit a triple to cap off a 9-0 Darüssafaka run and stretch the lead to 48-33.

However, Jean-Marc Mwema knocked down two treys in quick succession to instigate an Oostende burst, and the Belgian team reduced the deficit to 56-53 by the end of the frame.

Oostende managed to keep it close until the final minutes, but Dogus Özdemiroglu knocked down a dagger 3 just 12 seconds from time to make it 77-71 for the hosts.

Grant Jerrett led the way for Darüssafaka with 27 points and 8 rebounds, while Andrews finished with 20 points on 4 of 5 shooting from three-point range. Mwema had 20 points and 5 boards for Oostende in defeat.

Jerry Boutsiele and Phil Scrubb showed up ready for the big occasion and led Limoges to a hard-earned 80-75 win over fellow BCL debutants Igokea in what was the first-ever game of the competition at the historic Palais des Sport de Beaublanc.

The clash featured 14 lead changes, and neither team ever managed to lead at any stage by more than 7 points, as the two teams entered the final stanza tied at 61-61.

A Boutsiele dunk 1:36 from the final buzzer put Limoges ahead 74-73, and after Scrubb came up with a steal on the other end of the floor, the hosts’ big man scored again, this time by hitting a  long two, to give his team a 3-point cushion in the blink of an eye.

The visitors tried to hit a triple that would tie the scores again but misfired on as many as three occasions on the next possession, and Limoges celebrated the win.

Igokea showed great patience and excellent shot selection while Limoges were more successful in running the floor, scoring 18 fast breakpoints to the visitors’ 8 points in transition.

Boutsiele finished with 25 points, 8 rebounds, and 2 blocks, while Scrubb collected a double-double of 17 points and 11 assists. For Igokea, Anthony Clemmons had 17 points, 6 assists, and 5 rebounds in a losing effort.