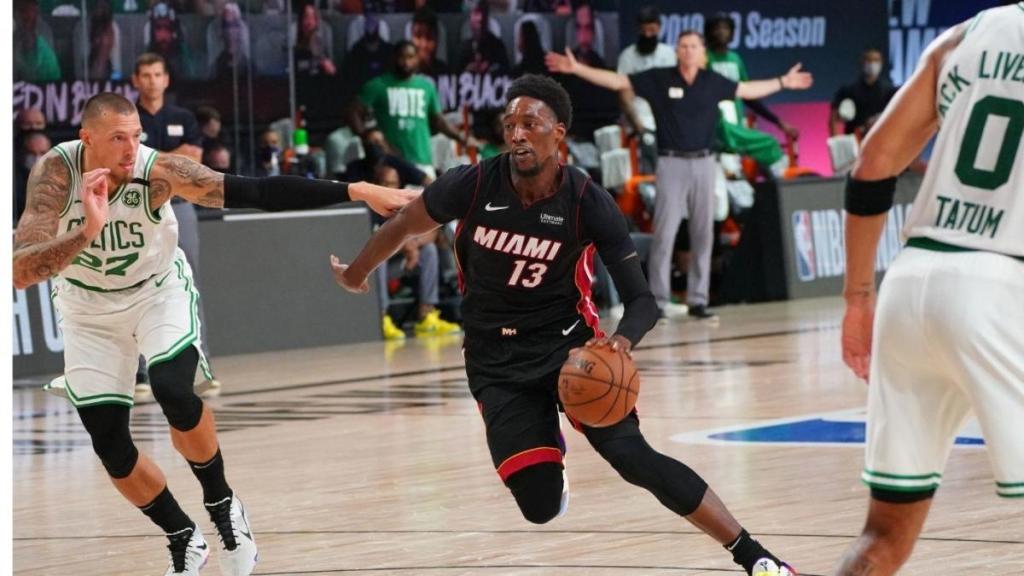 With Bam Adebayo playing a starring role, the Miami Heat have booked a spot in the NBA Finals for the first time since LeBron James played his final game for coach Erik Spoelstra’s club in 2014.

The Heat defeated the Boston Celtics 125-113 in Game 6 of the Eastern Conference finals on Sunday at Walt Disney World.

Led by rising star Adebayo, who had a career-best 32 points on 11-for-15 shooting with 14 rebounds and five assists, and established star Jimmy Butler, who put 22 points on the board and dished out eight assists, Miami secured a date LeBron and the Los Angeles Lakers in the Finals. Game 1 is set to tip off on Wednesday at the NBA bubble in Florida.

The Lakers eliminated the Denver Nuggets with a 117-107 victory in Game 5 of the Western Conference finals on Saturday.

Rookie Tyler Herro, who scored 37 points in Game 4, finished with 19 points and seven assists for the Heat. Andre Iguodola and Duncan Robinson both chipped in with 15 points and Goran Dragic provided 13. Iguodola was 5-for-5 from 3-point range.

Indeed, balanced scoring carried the Heat, the East’s No. 5 seed, into the championship round.

For the Celtics, Jaylen Brown led the club with 26 points. Jayson Tatum finished with 24 points and 11 assists, while Marcus Smart and Kemba Walker had 20 apiece.

In control down the stretch

The Heat led for good after a Bam Adebayo three-point play with 6:16 remaining in the final quarter. The third-year pro made the All-Star team for the first time this season.

Spoelstra then spoke about the significance of the final outcome.

“A great series. It was so competitive,” Spoelstra declared. “I mean, in many ways, this was a seven-game series, just how competitive it was. Extremely well-coached and well-put together and we are just honored to be a part of that type of series in the conference finals, and then we get an opportunity for the next stage. Our guys will look forward to it. We’re going to try to enjoy it for a night.”

In the post-game news conference Bam Adebayo, a University of Kentucky product, discussed the camaraderie among Miami’s players. That bond has been on display throughout the NBA restart at Disney World.

“I think the thing that makes this team so special is we really kick it with each other,” Adebayo told reporters after Game 6. “We really hang out. I feel like that’s the best thing. No matter who it is. We can all go to one another’s room and go get something to eat.

He added: “That’s the thing I love about this team man because at the end of the day, we all feel like brothers and this is a moment for a lot of us that a lot of us ain’t never been in. Ain’t nobody ever been the Finals, except Andre and UD (veteran big man Udonis Haslem)…”

Spoelstra stressed that Bam Adebayo’s growth as a player has been a pivotal development for the Heat.

“He competes every single possession,” the coach said after Game 6, according to published reports. “He’s really growing into a leadership role. He’s mature way beyond his years. His offensive game is just growing daily.”

After his team was ousted from the conference finals for the third time in the last four years, Celtics coach Brad Stevens acknowledged that the Heat are the beast of the East.

“Miami deserves a lot of credit,” Stevens told reporters. “They’re super physical, super tough, very, very savvy. I think they’re the best team in the East and deserve to be representing the East in the way that they have played.”