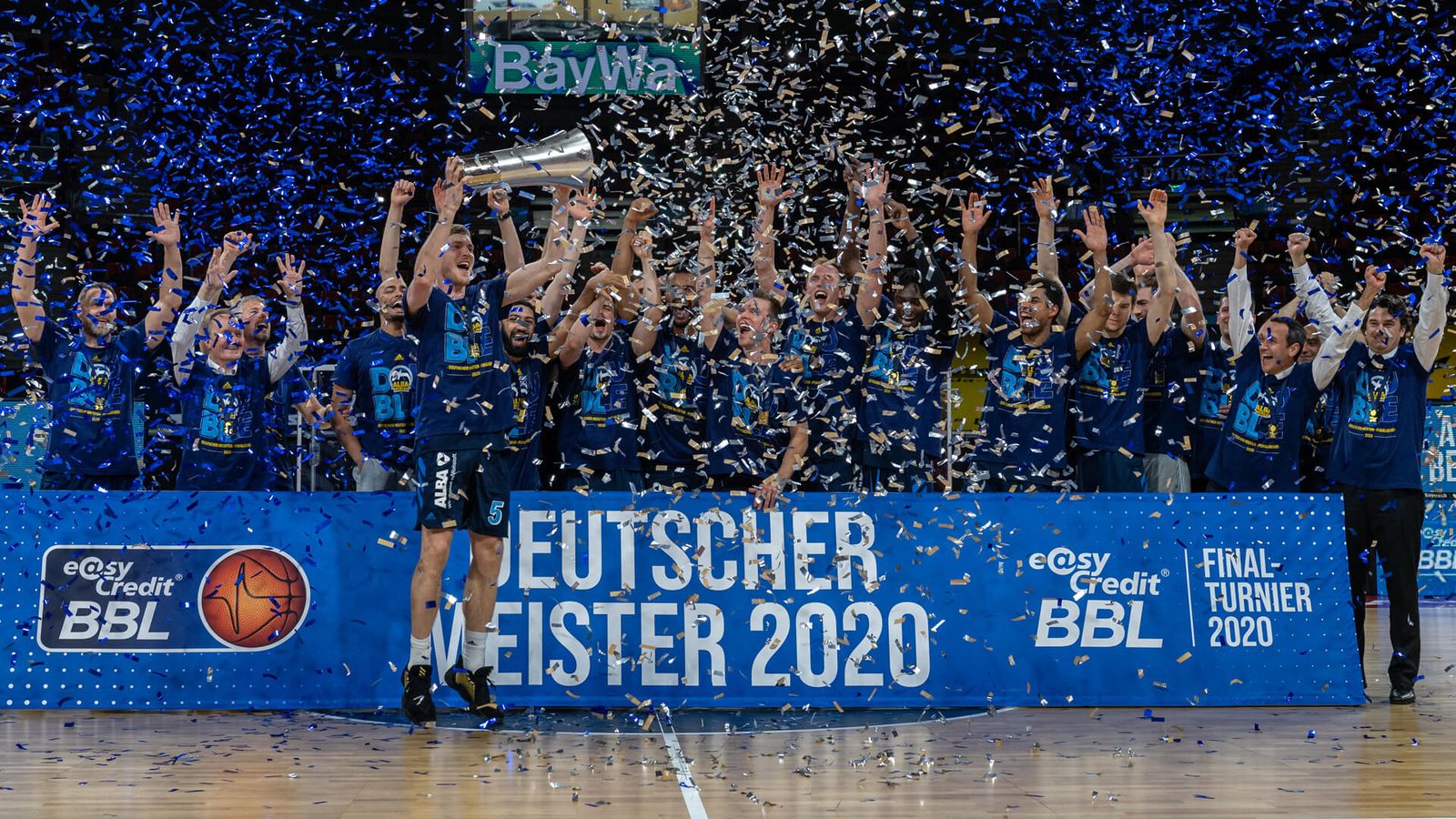 ALBA Berlin topped MHP Riesen Ludwigsburg 75-74 in Game 2 of the German League championship series on Sunday, taking the title with a total aggregate advantage of 163-139.

It was ALBA Berlin’s ninth overall league title, and the team’s first since 2008. The club also collected the German Cup championship hardware in the 2019-20 season, which was interrupted by the COVID-19 pandemic, by beating EWE Baskets Oldenburg in February.

En route to the Basketball Bundesliga crown, ALBA Berlin went 10-0 in the 10-team tournament. Games were played behind closed doors due to the risks of coronavirus outbreak.

“This last game was not easy to play,” said Aito Garcia Reneses, a Spaniard. “With all the emotions about winning the title in mind, my players have not always stayed in the moment. But our lead was big enough. I am very happy about this title. But I think it is even more important that we have consistently reached so many finals in the last few seasons and that my players and my coaching staff have continuously improved and learned from there. “

In the euphoria that followed the game, ALBA Berlin’s Peyton Silva tweeted, “To the fans @albaberlin we know it was killing you all not to be there in the hall with us, but trust we heard you CHEERS loud and clear during our time on the court, and felt your spirit carrying us to our 2nd championship season!! #GoAlba.”

Hermannsson tweeted: “What a feeling. DOUBLE!!”

Thomas Wimbush paced Ludwigsburg with 19 points and hauled in eight rebounds on Sunday. Jaleen Smith had 15 points and Nick Weiler-Babb finished with 14 points and 11 boards.

The German League champions shot 45.8 percent from the field in Game 2, and held Ludwigsburg to 41.8 percent.

ALBA Berlin walked into the locker room at halftime with a 42-35 advantage.

They extended the lead to 67-54 entering the final quarter before Ludwisburg used a 13-2 spurt to close the gap in the closing moments.

ALBA Berlin’s path to the Finals

In the two-game semifinals, ALBA Berlin defeated EWE Baskets Oldenburg 92-63 and 81-59 to secure a spot in the German League finals.

Based on aggregate score, ALBA Berlin had a commanding lead over the two games.

Kenneth Ogbe paced the victors with 16 points in Game 2.