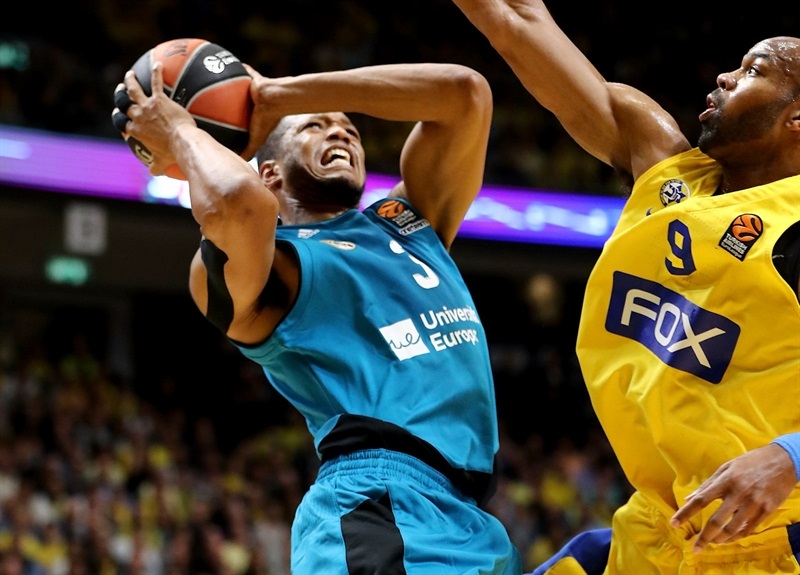 We’re into the sixth round of the Turkish Airlines EuroLeague regular season and at least for a day, we have a new leader atop the standings. CSKA Moscow moved to the top with a cruising win over Valencia, the Russian club capitalizing on Real Madrid’s loss at Maccabi Tel Aviv.

Round 6 opened on Thursday with six games, including Barcelona falling at home to Anadolu Efes Istanbul and Zalgiris Kaunas getting back to winning ways against Milan. The round will conclude with four contests on Friday, when Olympiacos could go back to the top, albeit with the same record as CSKA.

CSKA Moscow took a while to dampen Spanish champs Valencia but ultimately saw the visitors off with a thumping win. The hosts took the first quarter 20-19 before extending with a 23-19 second frame that made it 43-38 through halftime. It was still close, but CSKA moved through the gears and used a 30-16 third act to finish off the Valencia threat. A cruising fourth quarter followed as the Army Men romped to victory.

After picking up its first defeat of the season last week, Real Madrid slipped to a second consecutive loss courtesy of a big home performance from Tel Aviv. Maccabi moved to 4-2, the same record as Los Blancos. Madrid got off to a flyer and led 22-30 after 10 minutes. However, Tel Aviv stole the momentum and used a 25-12 second quarter to make it 47-42 through the long break. The visitors hit back with a winning third that made it 64-66 through thirty minutes, before Maccabi Tel Aviv came back to cap a win.

Luka Doncic continued his hot form for Madrid with 19 points, he is the best scorer in the Turkish Airlines Euroleague this season.

Milan welcomed Zalgiris to Italy and was promptly demolished by the visiting Lithuanian giant. The win stopped a two-game losing streak for Kaunas (3-3), while Milan is floundering at 1-5. Zalgiris controlled the game, including a 11-25 second quarter that made it 31-50 at halftime. The visitors continued to dominate after the break, taking the third act 10-20 before closing the game by easing down the straight.

Six players scored double digits for Zalgiris, including Paulius Jankunas with 13 points to lead the win.

Andrew Goudelock also scored 13 points for Milan, but only two players for the club topped 10 points.

Anadolu Efes was the only team without a win this Turkish Airlines EuroLeague, but put that right on one of the hardest floors top lay in Europe. The Turkish heavyweight stopped Barcelona’s recent good form to move to 1-5, while Barca slips to 2-4. It looked to be a cruise for the visitors as they led by 10 points (57-67) through thirty minutes. However, the Catalan hosts secured a 28-22 fourth quarter to make it interesting in the closing minute. Efes ultimately weathered the storm and held for the win.