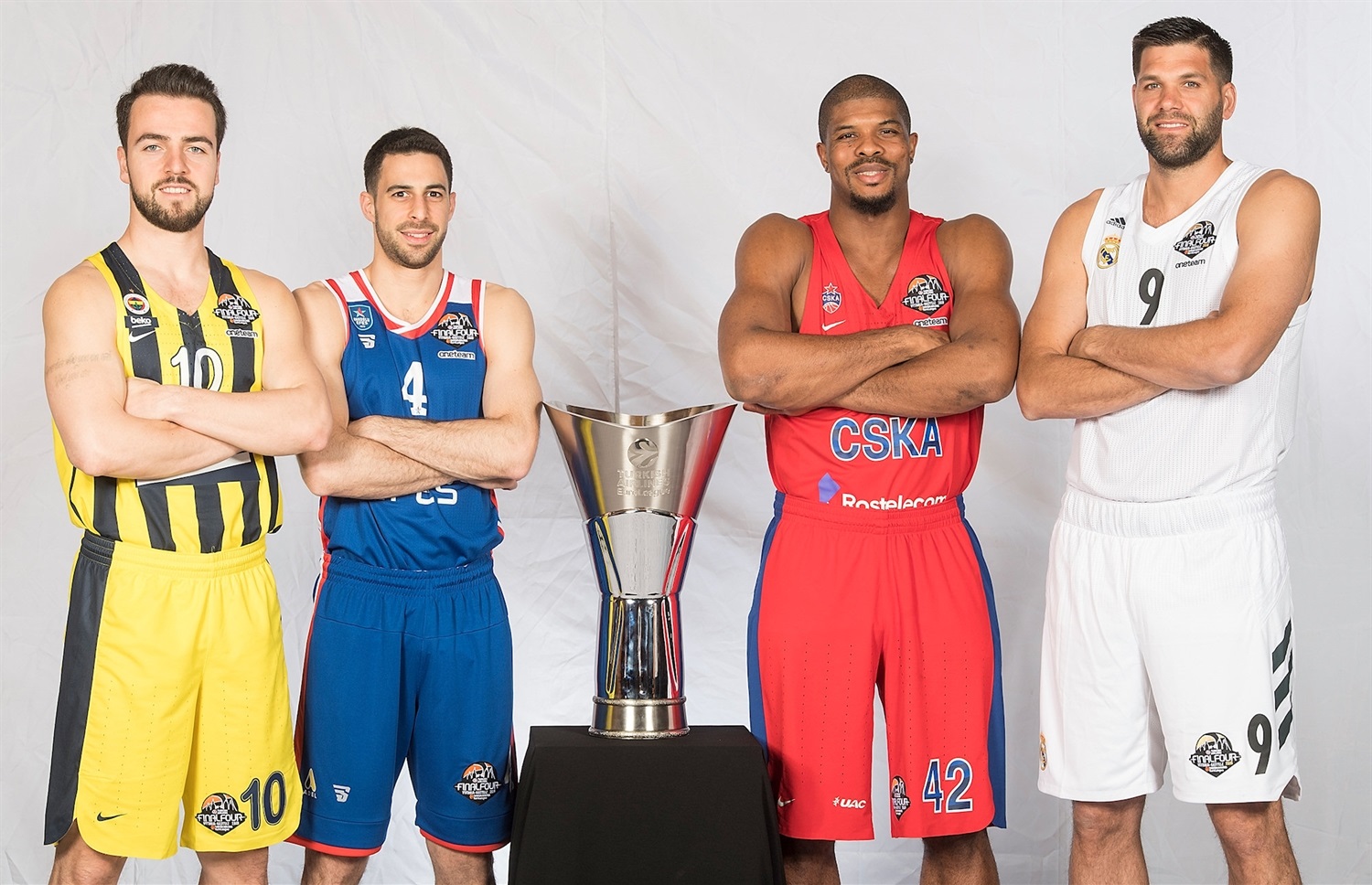 It’s less than 48 hours before the tip-off of the 2019 Turkish Airlines EuroLeague Final Four. Here is a preview of the battle between the top four European teams.

In the first semifinal, Fenerbahce will face rivals Anadolu Efes in the first-ever all-Turkish semi-final in the competition’s history.

The 2017 EuroLeague champions are currently dealing with a series of injuries to key players. Forward Luigi Datome and backup center Joffrey Lauvergne will miss the EuroLeague Final Four.

At the same time, one of the team’s leaders, Jan Vesely, and defensive specialist Nikola Kalinic will also be unavailable for the semifinal. Both players have not recovered on time from their respective injuries and it is unlikely they will play on Friday (17/05).

All four of them have crucial roles in the team’s tactics. Now head coach Zeljko Obradovic has to find a way to cover their absence.

Kostas Sloukas and Nicolo Melli will certainly take over. The presence of Marko Guduric and Bobby Dixon will very likely be a game-changer for the club.

Given the circumstances, coach Obradovic will rely on his back-court line to step up. He knows, though, that the defense will lead his team to the EuroLeague Final on Friday (17/05).

On the other hand, Anadolu Efes returns to the EuroLeague Final Four for the first time since 2001 and has nothing to lose. Its players know they are the underdogs and will attempt to defy the odds and claim the title.

Anadolu Efes has been playing consistently since the beginning of the season; they have the offensive “weapons” to exploit Fenerbahce’s problems and take the upper hand in the game.

Shane Larkin and Vasilije Micic have formed a great backcourt duo. Their performance will determine whether Efes will remain competitive until the end.

Larkin led the Turks past Barcelona in the playoffs; Micic improved every aspect of his game this season. The Serbian guard will compete in his second straight EuroLeague Final Four.

Furthermore, Rodrigue Beaubois and Krunoslav Simon are expected to have key roles in the game. Also, Bryant Dunston and Adrien Moerman will have to play excellent on both ends.

With Fenerbahce dealing with plenty of injuries, Anadolu Efes has a golden opportunity in its hands. They can beat their rivals for the fourth time this season (3-3 record so far) and qualify for their first Championship Game in 18 years.

The plethora of injuries, though, may give Fenerbahce players an extra motivation to defy the odds and advance to its fourth straight Final.

In the second semifinal, CSKA Moscow will face off against the defending champions Real Madrid. This is a rematch of last season’s semi-final.

The Muscovites are coming off a tough series against Baskonia. They had to defeat their opponents twice at the Fernando Buesa Arena to win the series (3-1).

Sergio Rodriguez recovered on time from his injury and will play against his former team. Kyle Hines is getting ready for his eighth EuroLeague Final Four in a row.

For his part, Nando De Colo was a game-changer against the Basques, averaging 27.5 points in Games 3 and 4.

Moreover, Cory Higgins and Will Clyburn are expected to have leading roles on Friday. The performance of Daniel Hackett, Nikita Kurbanov, and Othello Hunter will also be crucial for the Russians, especially defensively.

CSKA Moscow will play in its eighth straight EuroLeague Final Four and 16th in the last 17 years. The Russians want to return to the top of Europe for the first time since 2016.

Head coach Dimitris Itoudis knows his place in the squad’s bench is in at risk. If he fails to win the trophy, he will most likely leave the team. He led the club to the title three years ago but knows this is not enough for the management.

For their part, Real Madrid comes to Vitoria with only one target on their mind; they will do their best to successfully defend their title. The “Whites” want to become just the fourth team in Turkish Airlines EuroLeague history with back-to-back titles.

They will enter the floor as the favorites, coming off a great performance in the playoffs. The Spanish team was unstoppable and swept Panathinaikos (3-0), becoming the first club to advance to the EuroLeague Final Four.

Their mission will not be so easy against the “Bear”. The club has the talent and depth, though, to make it to its second straight Championship Game.

Head coach Pablo Laso saw Sergio Llull return to action a couple of weeks ago. He now has an extra “weapon,” both offensively and defensively.

Facundo Campazzo has been tremendous so far in the season. Anthony Randolph and Jeffery Taylor have also been playing consistently.

Rudy Fernandez has become an all-around player and his performance will be vital for the Madrid squad.

CSKA Moscow swept the series in the regular season (2-0), winning both games; they will be confident they can defeat their opponents for a third straight time.

However, Hines, a three-time EuroLeague champion and CSKA captain, told me a few days ago that the semi-final “is one game, a unique situation, where anything can happen.”

All four games will be played at the sold-out Fernando Buesa Arena in Vitoria-Gasteiz. Fenerbahce will face Anadolu Efes in the first semi-final on Friday (17/05, 18:00 CEST), while CSKA Moscow will clash with Real Madrid three hours later (17/05, 21:00 CEST).

Although it is risky to make any predictions, I think the winner of the CSKA vs Real battle will go on to win the title. On the other hand, it would be great to again see the underdog (Anadolu Efes) defy the odds and win the title.