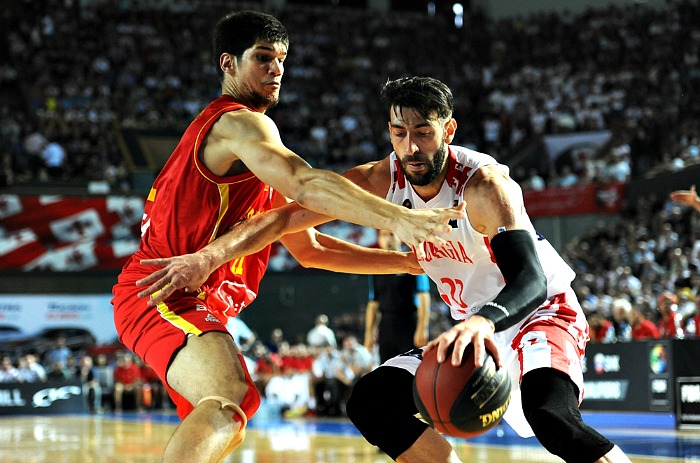 Day 3 action of the 2017 Eurobasket Qualifiers had its fair share of exciting games and interesting surprises, while other games turned out as expected. Being the third day, it was inevitable that more than a few undefeated teams would collide and in the wake of such encounters, of course only one record will remain unblemished. Teams looking for their first wins look to this day with some level of urgency with their tournament hopes on the line very soon.

One of the biggest stunners in the tournament so far has to go to the Dutch team who pulled off an impressive upset over their German opponents, 71-75, in Group B. Charlon Kloof and Nicolas De Jong came up huge for the Netherlands, each putting up 20-point efforts in the win. Some efficient shooting played a big role for the Dutch. Their game fell into place after a surge in the second quarter. The game remained close thanks to a valiant effort by the German squad, but the Netherlands had the poise and composure to close this one out in convincing fashion via some solid defense in the fourth quarter.

Group F would have the distinction of providing fans with arguably the most exciting game of the day. A tip-in by Nemanja Djurisic with five seconds left in regulation lifted Montenegro to victory in what was a tightly contested game by both teams. Nikola Vucevic dropped a double-double in this game to lead Montenegro with 17 points and 11 boards. Control of the glass helped secure this win. Montenegro out-rebounded Georgia 48-37. Another factor that kept Montenegro in this one, despite Georgia’s advantage in inside scoring, was that their shots from three-point land were finding their mark. Montenegro sank 13-of-33 shots from deep, compared to 3-of-20 from Georgia. Zaza Pachulia led Georgia with 22 points and nine rebounds.

This was a duel of backcourts from the onset and the emerging winners were the brothers Dragic. Goran Dragic took care of orchestrating Slovenia’s offense and dropped 11 dimes, while Zoran put on a scoring clinic and burned Ukraine for 28 points. Slovenia got off to a hot start and secured a substantial 23-15 lead in the first quarter. Ukraine battled back in the second frame, but ultimately Slovenia would explode in the third quarter and posted a commanding 69-56 lead heading into the fourth and final quarter. Ukraine made a push late in the game, but it was not enough to erase Slovenia’s lead.

The one of the biggest blow-out wins of Day 3 would come from Group G, as Great Britain crushed Luxembourg in this one. It was a contrast in effort, to say the least. The British brought a balanced scoring effort, led by a double-double performance by Kyle Johnson who posted 14 points and 10 rebounds. Luxembourg, on the other hand, needed to lean heavily on the heroics of Alex Laurent. He responded with a monster game, dropping 30 points and pulling down six boards. Unfortunately, he was the lone bright spot for Luxembourg, and his teammates could not get into the flow of things. One star was not enough to outshine a complete and organized team effort in this case. This win bodes well for the Brits as it provides them with some important momentum moving forward.