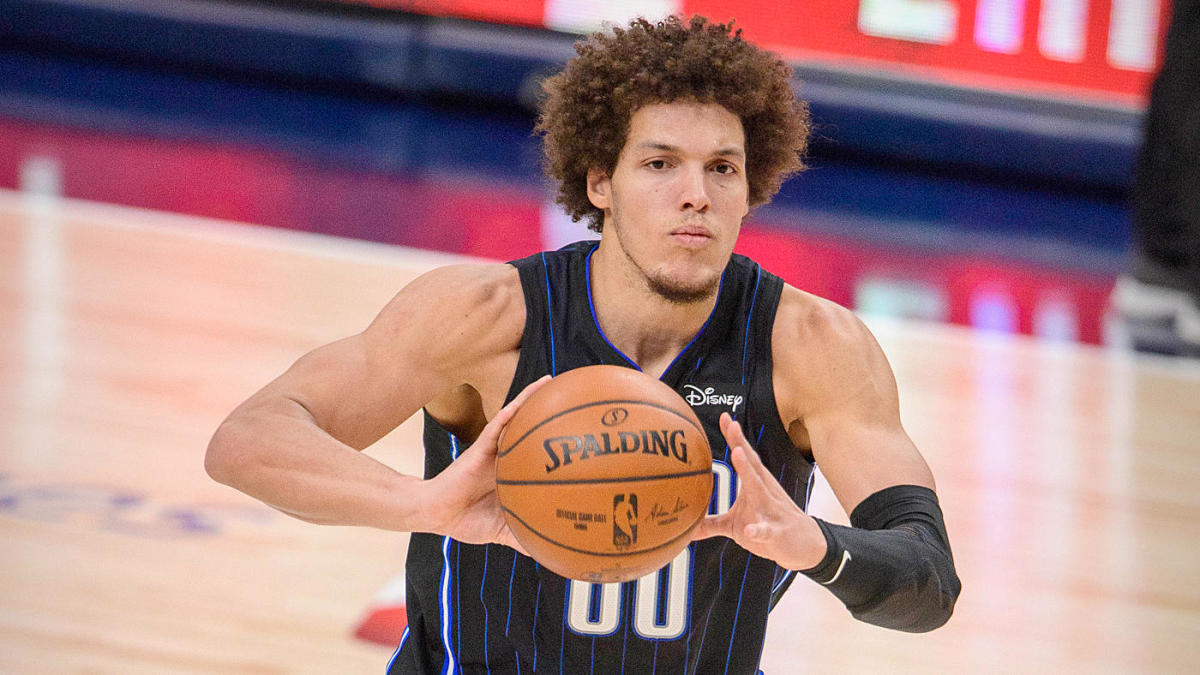 After a relatively quiet run-up to the trade deadline, the dam broke on Thursday.

There were 16 trades. In one day. A record of 45 players were traded!

Trades were flying around the league from Toronto (via Tampa Bay) to Los Angeles, yet two players most expected to be on the move — Kyle Lowry of Toronto and Lonzo Ball of New Orleans — stayed put.

Who were the winners and losers at the trade deadline? Let’s break it down.

By trading for Aaron Gordon (at the cost of Gary Harris, RJ Hampton, and a future first-round pick), the Nuggets plugged their biggest hole, one that has plagued them for multiple years. In Gordon, Denver finally has an answer for the question every NBA contender has to ask itself: “Who guards LeBron?”

There are very few players in the league who can credibly be given that task, and Gordon is one. His strength, athleticism, and IQ make him a nice fit in Denver on both ends, as their aggressive defense and Nikola Jokic-centric offense are relatively unique. Gordon should slide in smoothly, provided he is OK having the ball even less than he did in central Florida.

Denver also picked up JaVale McGee, a big backup with championship experience (with Stephen Curry and LeBron James) who can be a big body matched up against Rudy Gobert, maybe Andre Drummond, and other matchups in the playoffs.

Is that enough to make them one of the West’s elite teams? They’ll need to prove it. But you have to like the attitude and aggressiveness. Denver made it to the Western Conference Finals last season, these are moves that say they want to get back there and beyond.

It may seem counterintuitive to say the team that traded away Aaron Gordon, Nikola Vucevic, and Evan Fournier for picks is a winner, but they are.

It’s about time they made these moves and tore it down.

The Magic have been stuck on the carousel of mediocrity for years. They had a core of talented players — Vucevic is an All-Star, Gordon could have been — and high draft picks like Mo Bamba, but it has never come together. This team’s core was average at best and was getting older; there wasn’t much of a future for it. It was time to tear it down, get young players and draft picks, and rebuild with Jonathan Isaac as the first key piece. Orlando got three first-round picks, a couple of second-rounders, and interesting young players such as Wendell Carter and R.J. Hampton out of those trades. It’s a start.

shoring up their lottery odds allows Orlando to basically start from scratch. The only players Orlando has locked up long-term now are Jonathan Isaac and Markelle Fultz, giving them a strong defensive foundation with two well-regarded young players.

In a strong 2021 Draft, the Magic should be able to add another promising piece and get to work building another winner. Orlando fans may be dreaming of Cade Cunningham already, but if an offensive creator is the bounty, even Gonzaga freshman Jalen Suggs would be a nice get and a strong fit next to Fultz. If you believe Orlando would have been wrong to tread water forever, this is a nice starting point for their rebuild.

The Brooklyn Nets have looked like the best team in the East with just two-thirds of their stars are on the court, and they are rightfully the favorites to come out of the conference because we can only imagine what happens when Kevin Durant, James Harden, and Kyrie Irving start working together. Brooklyn was a winner on Thursday because all their main competition didn’t make a bold move and get dramatically better — not for lack of trying, but it didn’t happen for them.

Which keeps Brooklyn looking like the top dog in the East. Whether the Nets stars can coalesce, and whether their spotty defense will be enough in the playoffs, remains to be seen. But the Nets were winners on Thursday without doing a thing.

Boston fans came into the trade deadline thinking they were the frontrunners for Aaron Gordon, they had the largest trade exception in NBA history to make things happen, and they had possibilities.

They ended the day with Evan Fournier, without Daniel Theis, and with an owner who got below the luxury tax.

For a team that has been in three of the past four Eastern Conference finals, this is disappointing. They are clearly banking on Kemba Walker gtting healthy or a young player like Robert Williams III braking out to spur them along in 2021. In the coming days, we will probably hear about more deals that Boston almost made, but don’t get it twisted: The Celtics hardly got better here.