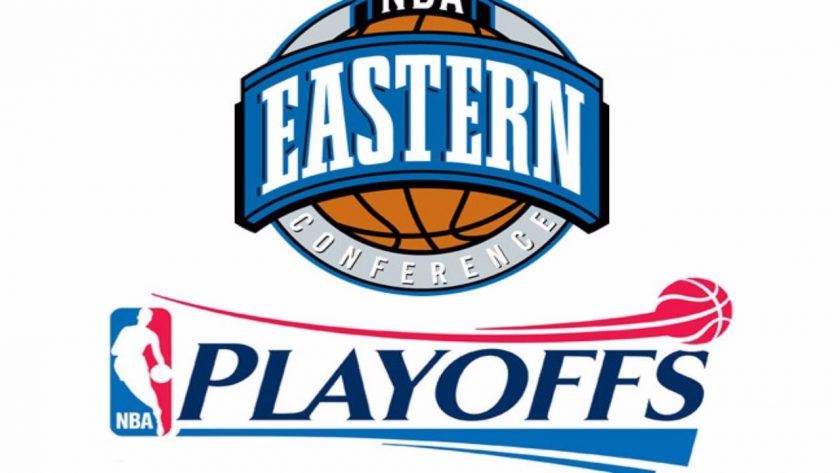 Which Team is Likely to win the Eastern Conference this Playoff?

After a lengthy and disjointed NBA season, the playoffs have finally arrived, with teams already starting to advance to the final’s series. Some franchises have been strong right through the regular season, while others have peaked at just the right time to make a tangible challenge for the pennant.

Over in the Eastern Conference, there was a tight battle at the top of the table for much of the regular campaign. Will we see those sides continue to succeed throughout the playoff rounds, or is there an upset in store?

All to Play for

At the time of writing, eight teams remain in contention for the right to be crowned champions of the Eastern Conference. The Brooklyn Nets and the Philadelphia 76ers were among the early pacesetters in the league. They have been joined by Washington Wizards, New York Knicks, Atlanta Hawks, Milwaukee Bucks, Miami Heat, and Boston Celtics.

Opening exchanges in the playoff series have seen Brooklyn, Philadelphia, and Milwaukee take early 2-0 leads. It is a race to four games, which could mean eliminating Washington, Miami, and Boston. Meanwhile, the clash between New York and Atlanta is tied at 1-1, so it is all to play for as far as those two teams are concerned.

As we’ve seen, the opening round of playoff matches are played on a best of seven basis, and that format remains in place all the way through to the final’s series. Teams are currently involved in the first round of matches which are followed by two Conference Semi-Finals. The winning teams will then progress to the Conference final itself.

The ultimate aim is, of course, to win the overall NBA championship, but a Conference title is an important honor. Seeding is important and based on performances in the regular season, but will that influence the east?

The Team to Beat

The 76ers and the Nets fought a tight battle all the way through the regular campaign, but it was Philadelphia who eventually came out on top. Based on early results in the playoff rounds, those two teams should progress to the semifinals where they are likely to be joined by Milwaukee and one side from the Hawks vs Knicks encounter.

Seeding means that Philadelphia and Brooklyn will be kept apart in those semifinals, and many predict that the two will face off for the right to be crowned Eastern Conference champions. Both franchises will get support, but current basketball markets show the Brooklyn Nets as clear favorites to win the Eastern Conference.

Meanwhile, the Philadelphia 76ers are merely the joint second favorites along with the Milwaukee Bucks. Those figures may seem a little surprising, considering that Philadelphia finished on top of the Conference at the end of the regular season.

The 76ers may not have the backing of the sportsbooks, but they will get plenty of support within their home state. Fanatical fans follow the team while sports betting has recently been made legal within Philadelphia. With their home franchise out in the markets, many local bettors might see this as a good opportunity to get behind their team.

Rising in the East

Can Philadelphia do it? Like all franchises, the 76ers have key players who need to fire as the team moves through the playoffs. At the center, Joel Embiid has been influential at all stages of the season and is one of three finalists for the overall NBA MVP award.

Embiid continued his consistent form through the playoffs scoring 52 points in the opening two games versus Washington Wizards. If Philadelphia is to claim the Eastern Conference title, Embiid must keep up that consistency.

At the other end of the court, Ben Simmons is also in line for individual honors, having been named among the finalists for defensive player of the year. The 24-year-old was named NBA rookie of the year in 2018 and has just made his third All-Star team in succession. Philadelphia has been free-scoring upfront, but they may need to be tighter in defense as the playoffs progress.

No team can rely wholly on two players, but Embiid and Simmons are vital at each end of that court. Philadelphia will struggle against the highly fancied Brooklyn Nets if either man is injured or out of form.

Winning the Eastern Conference is half of the battle: It is a glamorous prize in its own right, but the ultimate aim is to go on and claim the overall NBA Championship. The winner in the East will meet the Western Conference champions, with this year’s finals series set to be completed in July.

The East maintains favoritism in the overall NBA Championship markets, but, once again, it is the Brooklyn Nets who come in with the shortest price. The Western Conference is represented by second favorites, the LA Lakers, and, in descending order, we then have Milwaukee Bucks, Utah Jazz, and the Philadelphia 76ers.

The trends are relatively even in terms of wins between East and West. Since 1970, the Western Conference has won 27 NBA titles to 23 from the Eastern side. However, those numbers are boosted by a long period of dominance in which the Lakers claimed ten pennants between 1980 and 2010.

Victories by Eastern Conference sides have been more isolated affairs but, if the 76ers are on top of their game, there is no reason why they can’t win their first championship since 1983.