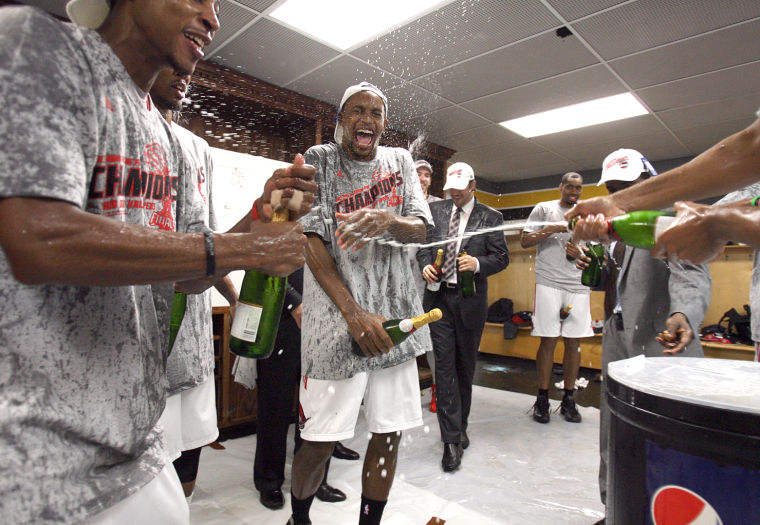 There was just no stopping the Rio Grande Valley Vipers.

In the end the Santa Cruz Warriors just didn’t have enough firepower to keep up with the Vipers, who won their final 16 games to run off with their second NBA Development League championship in four years.

The finale of that impressive run came on Saturday night before 6,132 partisan fans at the State Farm Arena in Hidalgo, Texas, where Rio Grande Valley defeated the Warriors 102-91 to capture the D-League Finals 2 games to 0. The Vipers won the first game 112-102 on Thursday in Santa Cruz.

The Warriors never recovered from a 7-minute scoreless drought in the first period, fell behind by 17 points twice in the second quarter, then battled back to get within 1 point (82-81) with 7:30 remaining. They trailed by 2 (90-88) with 3:47 left but were outscored 12-3 down the stretch. With 2 minutes to go, they still trailed only 95-91, but the Vipers scored the last 7 points to account for the final score. It was much like Thursday when RVG scored the last 10 points to make it appear the game wasn’t as close as it was.

Santa Cruz couldn’t stop the 1-2 punch of D.J. Kennedy and Glen Rice Jr. Kennedy finished with 27 points on 9-of-16 shooting, 7 rebounds and 6 assists, while Rice, who skipped this season at Georgia Tech and went to the D-League because he wasn’t eligible for the NBA, had 25 points, 13 rebounds, 5 assists, 3 steals and 3 blocks.

The Warriors were led by Travis Leslie, who had a double-double with 16 points and 13 reounds. Scott Machado also had 16 points, Jeremy Tyler, who got into foul trouble again, and Maurice Baker 13 each and Hilton Armstrong 11 (with 6 rebounds). Lance Goulbourne chipped in with 9 rebounds. They lost forward Taylor Griffin early in the third quarter when he injured his left ankle that put him on crutches and sent him to a hospital. There’s no word on his condition at this time.

The only time the Warriors led was at 2-0. They could never get over the hump and regain the lead even with the stirring comebacks.