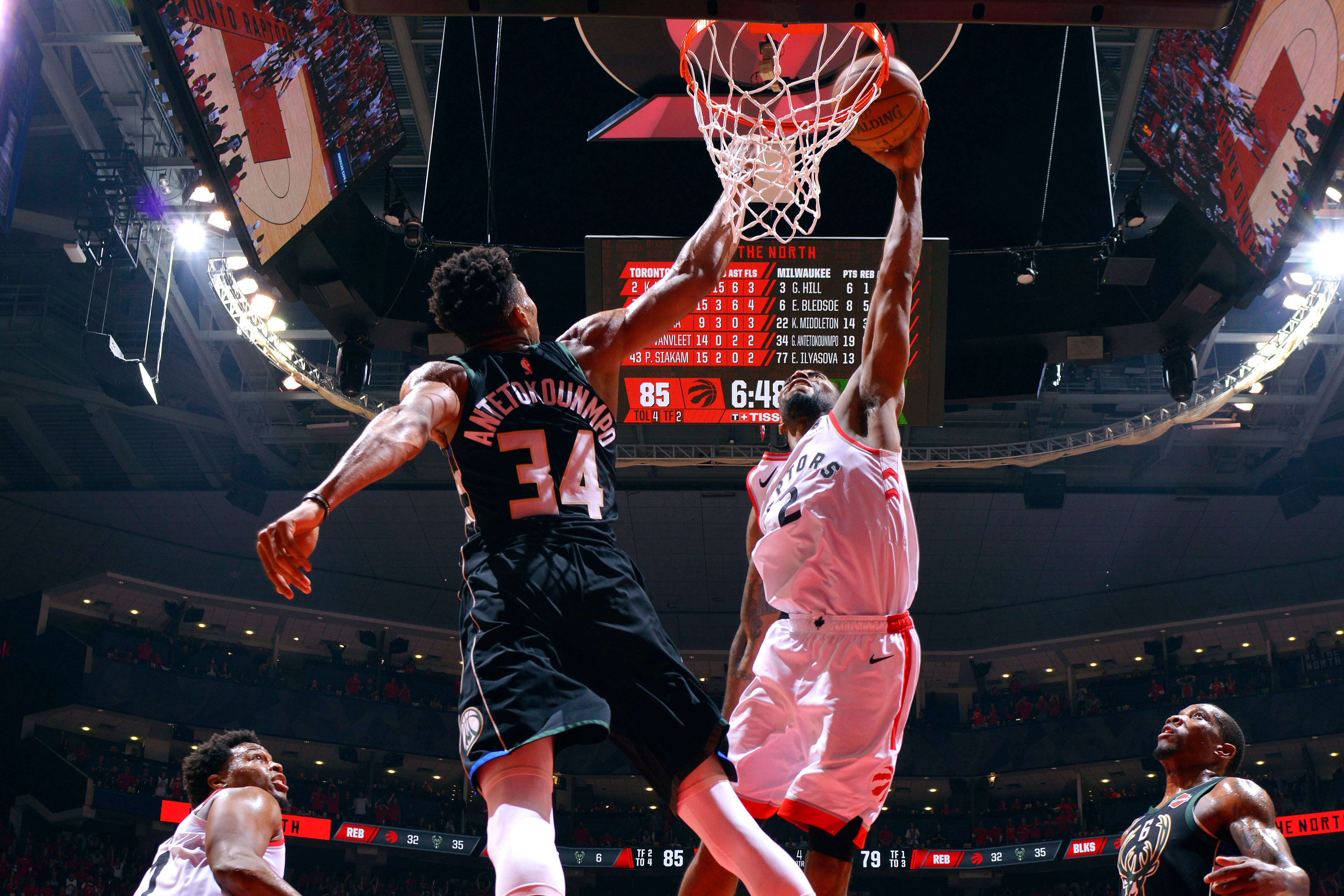 The Toronto Raptors made history on Saturday night, advancing to the NBA Finals for the first time in franchise history after defeating the Milwaukee Bucks 100-94 in Game 6 in the Eastern Conference finals.

True to form, Kawhi Leonard came through with another performance to remember as he dropped 27 points, 17 rebounds with two steals and two blocks. He posterized Giannis Antetokounmpo on massive slam from a sweet dish from Kyle Lowry. His impact on this game, the series as a whole for that matter, has been nothing short of undeniable and downright epic.

The Bucks started with a strong sense of urgency and were playing to their strengths early on. However, this felt like deja vu as it drew some allusions to the result of Game 5. Before they knew, their momentum stalled and the Raptors were able to go on a massive run. Just like that, the Bucks found themselves on the back foot once again and were scrambling to catch up to the Toronto Raptors. This is where credit goes to the Raptors. Kyle Lowry, Pascal Siakam and Marc Gasol all made key defensive plays in the dying minutes of the game. Siakam and Lowry finished with 18 and 17 points, respectively. Despite not popping on the stat sheet, Marc Gasol brought his former defensive-player-of-the-year form to the table. He had six points to his name, but his presence in the paint proved to be invaluable to his team.

The young Bucks lacked the spunk to out-hustle the Raptors and, pardon the pun, where like deer who were stunned by headlights. Despite all his athleticism and physical prowess, Giannis was not able to do it all. He crashed the glass, was active on the defensive end but he did not get enough support from his teammates to complete the comeback.

Antetokounmpo ended the night with 21 points, 11 rebounds, and a full stat line. Brook Lopez came through with 18 points, nine rebounds, and three blocks. Eric Bledsoe was held to scoring just eight points and Malcolm Brogdon chipped in just 10 points of his own.

This loss was a bitter pill for the Bucks to swallow for sure. Especially after the Milwaukee Bucks took a 2-0 lead in these series. The same goes for star player Antetokounmpo. He now has a better idea of how much further he needs to raise his game in order to truly have an MVP-caliber impact for his team. They will come back in 2019-20. More motivated. Hungrier.

The Toronto Raptors now have the monumental task at hand, defeat the Golden State Warriors, the defending champions. Kawhi Leonard is one of the greatest players in the game today. In the NBA finals, he will get a chance to take his already storied legacy to another level. That said, it will not be easy as the Warriors will tax them with blood, sweat, and tears. They are still without Kevin Durant, who is still dealing with a strained calf injury. No one on the Warriors outside of KD can match up against Kawhi. In the end, the championship might just end up going to the team that can stay the healthiest after a grueling 2018-19 season winds to a close.