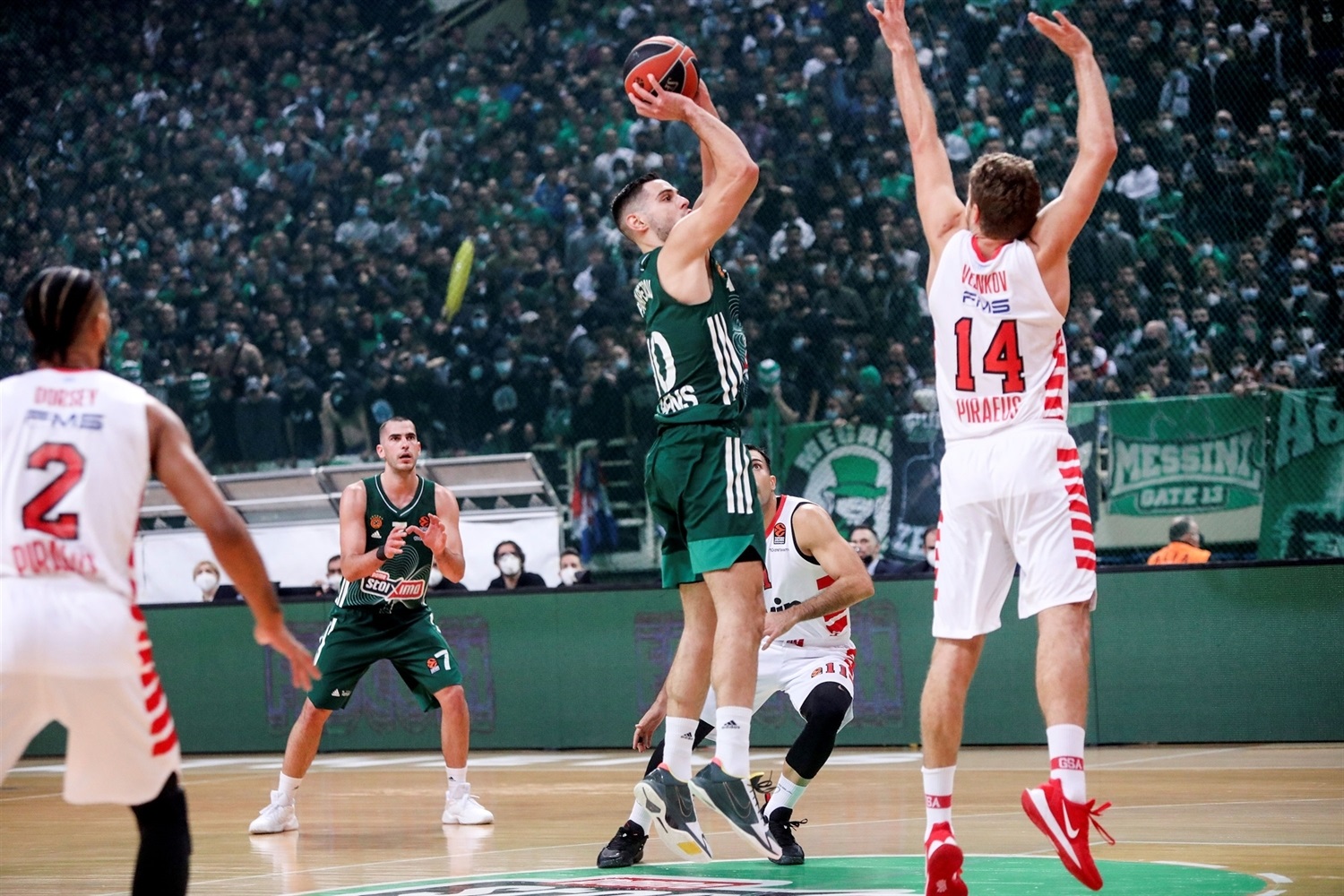 The halfway point reached in the EuroLeague Regular Season

We reached the halfway point in the Turkish Airlines EuroLeague Regular Season after a thrilling slate of Round 17 games. Four games were decided in the final seconds, with first-placed Barcelona, defending champion Efes, Zenit, and ASVEL hanging on for tough wins. The only Round 17 road winners were the Reds in the Athens derby and Baskonia in Munich. Shorthanded Real Madrid unveiled another teenage star to edge CSKA and ALBA snapped a losing streak by beating Monaco.

Zenit St Petersburg recorded its third consecutive win by downing Maccabi Playtika Tel Aviv 73-71 at Sibur Arena on Thursday. Zenit reached the Turkish Airlines EuroLeague Regular Season’s halfway mark with an 11-6 record. Meanwhile, Maccabi lost its seventh in a row and dropped to 7-10. Alex Poythress led the winners with 14 points, Billy Baron added 12, including the game-winning three-pointer, and Arturas Gudaitis and Dmitry Kulagin each scored 10 for Zenit. Jalen Reynolds paced Maccabi with 24 points and 11 rebounds, and Derrick Williams added 14 points for the visitors. Gudaitis, Andrey Zubkov, and Jordan Loyd combined for 17 first-quarter points to give Zenit a 25-10 advantage. The lead peaked at 17, and Zenit remained in control throughout the first half. Williams and James Nunnally helped bring Maccabi within 53-47 late in the third quarter. Williams took over with a huge dunk that completed Maccabi’s comeback, 70-71, with 17.0 seconds left. Baron buried the go-ahead three-pointer, and Scottie Wilbekin missed at the buzzer.

Wade Baldwin IV scored a career-high 30 points in leading Bitci Baskonia Vitoria-Gasteiz to a 76-81 victory over his former team, FC Bayern Munich, in his first game at Audi Dome since switching teams over the summer. Baldwin set the tone for shorthandedBaskonia with 16 first-quarter points as Baskonia finished the opening period on a 0-13 run and never trailed again. The result snapped a six-game losing streak on the road for Baskonia, which improved to 6-11. Bayern lost its third straight game to fall to 7-10. Matt Costello played all 40 minutes and posted 23 points and nine boards for Baskonia, which was without starters Simone Fontecchio, Rokas Giedraitis, and Tadas Sedekerskis. K.C. Rivers paced Bayer with 16 points, DeShaun Thomas and Vladimir Lucic added 12 points apiece, and Ognjen Jaramaz and Othello Hunter scored ten each. Lucic also collected a career-high and club-record 14 rebounds in the loss.

Olympiacos Piraeus remained one of the hottest teams in the league with a 65-84 victory on the road in the Greek derby over Panathinaikos OPAP Athens. Olympiacos opened a 16-point lead in the second quarter, and it was a 15-point gap early in the third quarter before Panathinaikos pulled within 3. But Olympiacos ran away in the final quarter for its sixth win in its last seven games. The Reds improved their record to 12-5, including three wins in their last four road games. Shaquielle McKissic and Tyler Dorsey both scored 18 points to lead Olympiacos, while Kostas Sloukas had 16 points and six assists, and Sasha Vezenkov chipped in 14 points, five rebounds, and four assists. Panathinaikos dropped its third straight game at home and fell to 4-13. Nemanja Nedovic poured in 17 points with seven assists, and Georgios Papagiannis had a double-double of 14 points and 11 rebounds plus five blocks.

Real Madrid overcame a long list of absentees to claim an impressive 71-65 victory over CSKA Moscow at WiZink Center. The hosts started fast to lead by as many as 14 in the first quarter, but CSKA gradually narrowed the gap with improved defense and led 37-40 at the break. Real rallied to take a double-digit lead midway through the final quarter, which CSKA could never recover as its offense continued to misfire. Edy Tavares led the way with a double-double of 15 points and ten rebounds, while Nigel Williams-Goss top scored with 17 points. Debutant Urban Klavzar – one of four teenagers in the Real lineup – poured in 10 points, and Sergio Llull also scored 10. Will Clyburn (16 points, 13 rebounds) and Nikola Milutinov (13 points, ten rebounds) both grabbed double-doubles for CSKA, and Iffe Lundberg scored 10. Real remained perfect at home and retained second place with a 14-3 record, while CSKA dropped to 10-7.

LDLC ASVEL Villeurbanne snapped its four-game losing streak by edging Fenerbahce Beko Istanbul 84-82 at Astroballe on Thursday. ASVEL improved to 8-9 in the standings while dropping Fenerbahce to 7-10. Chris Jones led the winners with a career-high 27 points, including a crucial floater down the stretch. Elie Okobo added 14, William Howard scored 12, and James Gist 10 for ASVEL. Achille Polonara led Fenerbahce with 23 points and 11 rebounds, DyShawn Pierre added 17 points, and Pierria Henry and Marko Guduric each had 10 for the visitors, who lost Nando De Colo and Jan Vesely during the game to respective injuries. Jones hit a critical floater and split free throws, allowing ASVEL to record an important victory.