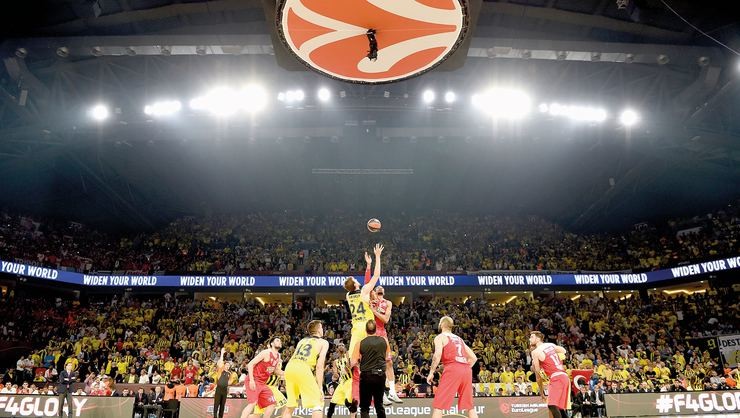 The growth of basketball in Europe

Basketball is immense in Europe, and certain countries, in particular, have pushed basketball to new levels. American sports have made a big impact around the world, and Asian countries are known to be passionate fans of baseball, for instance. Basketball leagues around Europe are competitive, and we’re even seeing some of the best players from Europe being imported into the NBA.

It shouldn’t be surprising that basketball has fought for an audience in Europe and succeeded. Basketball has always had to vie for attention from sports fans with its biggest rival – football. If anything is well known about European sports fans, it’s that they love a great rivalry.

It has aroused the interest of American sports promoters, particularly those from the NFL (the American version of football). After the recent increase in popularity of the NFL’s London Games and the resulting increase in interest in NFL game day odds across Europe, we shouldn’t be surprised if also the NBA expands its Global Games initiative to include more European games.

Basketball’s growth as a spectator sport can be seen in the UK and around Europe, and there is even a EuroLeague now, where the top teams from European countries compete, and an Adriatic league.

A brief timeline of basketball’s growth

The first recorded basketball game in Europe was longer ago than you might think. In France, basketball can be dated back to the 1800s. By the early 1900s, the sport was also being played at the Olympics.

The Olympic Games have provided an excellent barometer of which other countries are playing basketball to a high level.

Other than the American domination, the threats to the medals have usually come from Europe. When the Americans didn’t attend the Olympics in 1980, the medals went to Yugoslavia, Italy, and the Soviet Union.

Famously, the Soviet Union won the gold medal in 1972, and at the 2002 World Championships, Spain even beat the US.

Why is basketball so popular?

It is hard to say exactly why the sport has really taken off in the European countries, but there are likely to be a lot of different factors.

One is that basketball is relatively easy to play and practice in small groups, so it doesn’t require too much organization.

The fact that the sport was introduced to Europe so early inevitably plays a part, too. Back in the 1800s, basketball had only been invented for a few years when games in Europe started. Though it hasn’t been as popular in Europe as in the US, it certainly has been ingrained in their culture for over 100 years.

Like America, Europe is a place where people go absolutely crazy for sports, and though soccer clearly dominates, there is plenty of appetite for other sports. Many countries also broadcast American sports.

There have also been some players making their way from Europe to the US, ensuring that many European countries have their own icons and heroes playing in the biggest league in the world. Luka Dončić, who originally trained in his home country of Slovenia, is a current example of one of the biggest names in the sport.

How basketball is played in Europe

The European style of basketball is said to have changed the game, even in the US. Players such as Toni Kukoč were the first big names to come into the sport in the US, and the Europeans have become known for players with huge frames, including Dirk Nowitzki and now Luka Dončić, coming in and changing the sport.

Some have accused the Europeans of introducing something called “flopping” to the game. This refers to using the habits picked up in soccer to exaggerate the falls and contact in the game.

Generally, basketball is no different in Europe regarding the rules, and the players’ abilities aren’t far behind, either.

The continent’s EuroLeague competition has also seen the sport grow. NBA is also witnessing a surge in viewing figures in recent years, so it is clear that people want to watch American sports as well as to see their local heroes.

Basketball in Europe is one of the examples of American culture spreading around the world. There are plenty of examples of that.

Basketball is also popular in other countries. For instance, the Philippines is one such country, and though the sport is widely played there, it hasn’t seen the same linkup and connection with the US.

It doesn’t show any signs of stopping. In the years to come, basketball will continue to grow as television networks, and other streaming services continue broadcasting the sport.