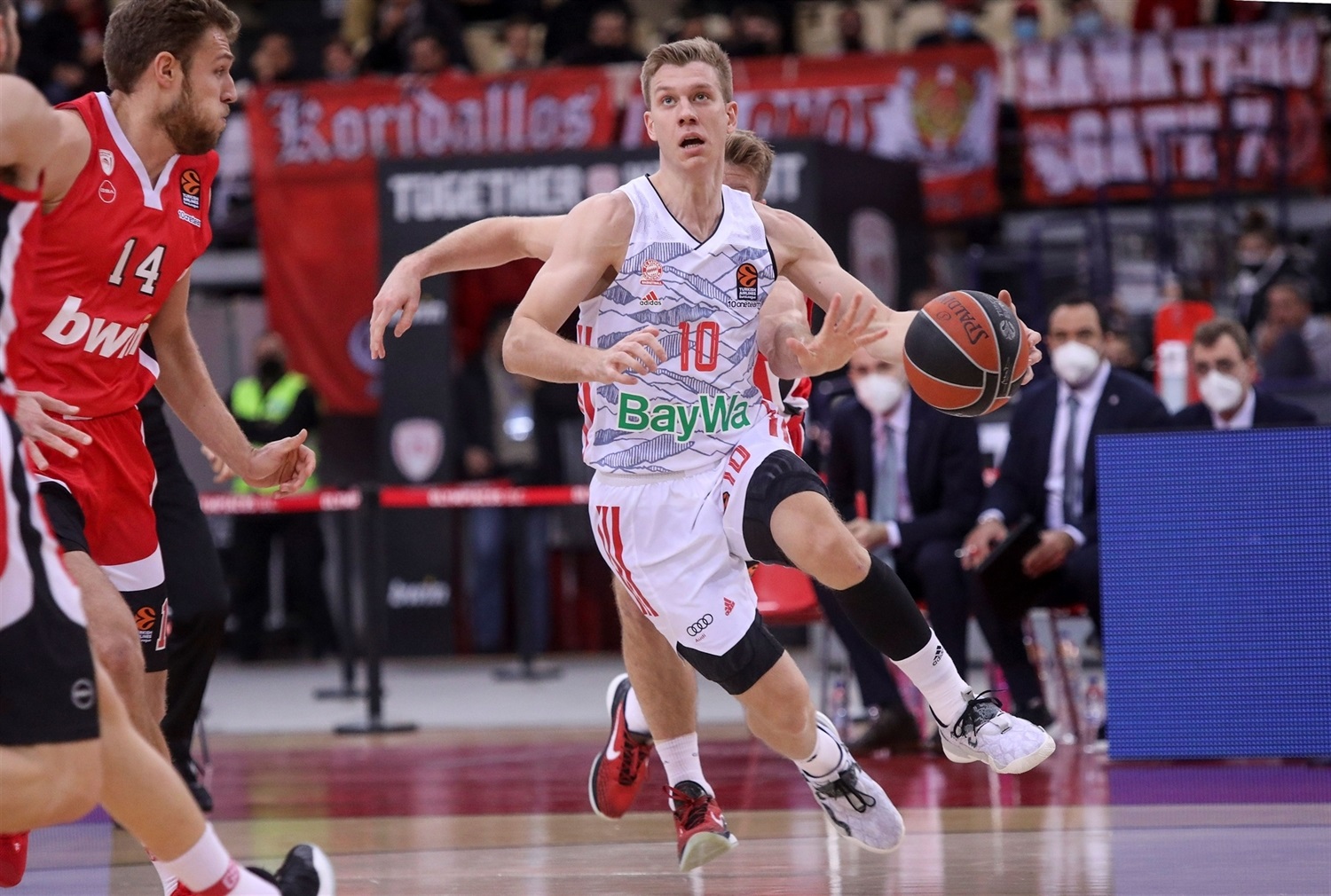 Road warriors rule in Euroleague round 15

The two-round week for December began with four home teams winning big on Tuesday, but the opposite was true on Wednesday of Round 15 with three teams celebrating triumphs on the road. UNICS Kazan made history in its rout in Moscow, Zenit stifled ASVEL, and AS Monaco trumped Zalgiris in Lithuania in Coach Sasa Obradovic’s first day with the team. Wednesday’s only home winner was Olympiacos, which remained undefeated this season at Peace & Friendship Stadium by slamming Bayern. The day before, Anadolu Efes, Fenerbahce, Milan, and Real Madrid all cruised to double-digit margins of victory at home, while league-leading Barcelona protected the top spot with a win in Belgrade.

UNICS Kazan stunned CSKA Moscow with a crushing 67-88 road victory in the Russian derby on Wednesday night, leaving both teams with 9-6 records. UNICS took control with a 0-14 run bridging the first and second quarters and then added a 0-9 run for a 28-46 lead at halftime. The visitors kept on racing clear after the break, leading by 29 points midway through the third quarter, and it never looked like becoming a fair fight as UNICS cruised home – tying a club record with 15 three-pointers converted. Mario Hezonja led the way with his first EuroLeague double-double, 18 points, and ten rebounds. Isaiah Canaan and OJ Mayo both hit four triples in their respective totals of 16 and 14 points, while John and Lorenzo Brown both scored 10. Toko Shengelia offered the only real resistance for CSKA, scoring 20 points, while Alexey Shved added 13.

In a highly entertaining affair that went into overtime, AS Monaco pulled out a 98-107 win over Zalgiris Kaunas at the Zalgirio Arena on Wednesday night. Monaco snapped a five-game losing streak to improve to 6-9, while Zalgiris dropped to 3-12 and last place. Monaco trailed 70-61 in the fourth quarter but quickly erased the deficit and opened a 6-point lead. Then Zalgiris rallied and forced overtime on a put-back layup from Edgaras Ulanovas with 1.2 seconds to go in the fourth. In overtime, however, it was all Monaco, which outscored the hosts 3-12 in those 5 minutes. Mike James paced the winners with 20 points, a career-high 14 assists, and five rebounds. Dwayne Bacon scored 19 points, Alpha Diallo scored had 13, Rob Gray and Will Thomas contributed 12 apiece, and Yakuba Ouattara finished with 11 in the win. Janis Strelnieks netted a game-high 22 points for Zalgiris, and Arturas Milaknis had 19. Josh Nebo collected 14 points plus nine rebounds, and Lukas Lekavicius had 13 points and six assists in a losing effort.

Olympiacos Piraeus found no resistance from FC Bayern Munich to claim an 83-60 win at the Peace and Friendship Stadium on Wednesday night. The Reds kept their perfect record at home (7-0) to improve to 10-5, while the visitors dropped to 7-8. A 10-0 run within the first 4 minutes of the game fueled the hosts to a 26-10 lead at the end of the first quarter, which extended to 49-24 at halftime to sink the guests early. Sasha Vezenkov led the winners with 16 points and nine rebounds for a PIR of 24. Giannoulis Larentzakis followed with 15 points on 4-of-6 shooting from behind the arc, and Thomas Walkup and Tyler Dorsey netted 13 and 10 points, respectively. Augustine Rubit led Bayern with 10 points.

Zenit St Petersburg turned to its defense to get back to winning, going on the road and downing LDLC ASVEL Villeurbanne 61-71 on Wednesday night. Zenit snapped its three-game losing streak and improved to 9-6 on the season while ASVEL dropped to 7-8. Zenit took control of the game at the start of the third quarter, which it opened with a 2-11 run, and never relinquished the lead. Alex Poythress led all scorers with 16 points, while Jordan Loyd collected 15 points, seven rebounds, and five assists. Billy Baron netted 14, and Jordan Mickey had 10 points and seven rebounds in a victory. William Howard scored 12, and Chris Jones had 11 points for the hosts.