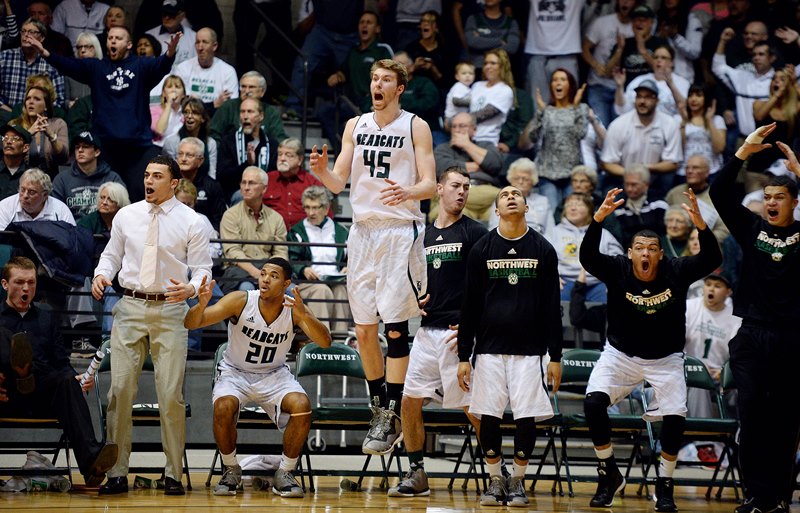 The 2016-17 season is now in the record books. Northwest Missouri State walked away with the NCAA Division 2 championship. On their way to the top, they bested many teams, which in their own right, are worth mentioning for their noteworthy accomplishments. There are other winners. Teams that broke records and were the best in particular statistical categories. A lot of these achievements go unnoticed or pass us by without much pomp and circumstance. Most of them are only appreciated when seen through the lenses of advanced statistics and basketball metrics, something not ordinarily appreciated by the pedestrian basketball fan.

The highest scoring team may not always be the best offensive team.  Some teams prefer to play an up-tempo style of offense, pushing the ball down the floor and running at every opportunity. On the other side of the coin, are teams that like to “milk the clock”. They prefer to slowly set up their offense in a half-court set. These contrasting playing styles influence the number of possessions in a game and subsequently, the opportunities to score, rebound, and compile other statistics.

IT’S ALL ABOUT THE POSSESSIONS

It is fair and balanced criteria to assess teams and what they do on a per-possession basis, as opposed to a per-game filter because they can be compared more evenly, regardless of the pace of the game. The NBA was the first to use these type of advanced stats. Until today no such data was available for NCAA Division 2 Basketball. Court Side Newspaper is the first source in the world to introduce it for numerous countries, leagues, and players.

Kentucky Wesleyan College stayed undefeated for 26 games in a row. Their run came to an end in the Midwest Regional quarterfinal when they lost 75-78 to Quincy University. Kentucky Wesleyan still holds a 48 home game winning streak which they intend to defend next season. Paine College had the longest losing streak in NCAA Division 2 with 23 games.

Either the Gannon University players have ice in their veins, or coach John Reilly is a brilliant tactician, or maybe both. The Gannon University Golden Knights played six games that went to overtime (two of them double overtime) and won five of them.

TO RUN-AND-GUN OR GRIND IT OUT?

Pfeiffer University was the fastest team in NCAA Division 2 this season. They averaged 82.5 possessions per game.  Their aim was to get as many opportunities to score as possible and hopefully outgun their opponents. The slowest team in D2 hoops was Sonoma State University with only 59.5 possessions per game. For them, it was not about out-running nor out-gunning their opponents but about executing a precise and deliberate offense which revolved around the action in their half of the court.

MORE IS NOT ALWAYS BETTER

The toughest team to score against in NCAA Division 2 Basketball was Sonoma State University. Their stingy defense allowed only 96.8 points per-100 possessions. They also played at a slower pace than any other team. Therefore, Sonoma State also ranked best in traditional stats. Their opponents only averaged 57.8 points when playing against them.  NCAA 2 Independent Oakland City University had the worst defense in the league, allowing 138.4 points per-100 possessions. The team that allowed most points per game was Salem International University with 96.3 per game.

UTPB WERE SNIPERS FROM THE FREE-THROW LINE

The University of Texas of the Permian Basin recorded a 39.8 free throw rate. That’s the ratio of foul shots to field goal attempts. However,  the best True Shooting Percentage belonged to Bellarmine University (69 TS%). True shooting percentage is a measure of shooting efficiency that takes into account field goals, 3-point field goals, and free throws.

UTPB WERE ALSO CHAIRMEN OF THE BOARDS

Defense wins championships. At least that’s what they say. It held true in the finals of the NCAA Division 2 Championship game, but it wasn’t the case when it came to the entire season of eventual champs, Northwest Missouri State. Their offense earned them the title and the 35-1 season record. They had the second-best offensive rating in the league and ranked 3rd in both Effective Field Goal Percentage (eFG%) as well as True Shooting Percentage (TS%). In addition, they also ranked 3rd in the lowest Turnover ratio (number of turnovers per-100 possessions). Head coach Ben McCollum truly deserved the NABC coach of the year title. Not just for winning the Championship.

These are just some of the advanced statistics that we have available. For more, please visit the basketball encyclopedia.