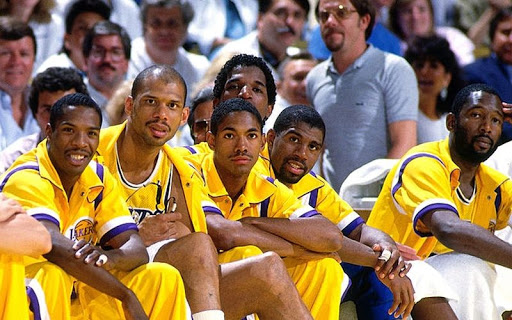 The possible trade of James Harden to Brooklyn, where he would join Kevin Durant and Kyrie Irving, brought the story of NBA ’superteams’ back into the focus of the basketball public. The last time this was talked about was when Durant left Oklahoma for Oakland four years ago. Mostly negative comments accompanied that departure of one of the first stars of the league at that moment from ’his’ team (there was no doubt, the Thunder were primarily Kevin’s team, and only then, maybe, Russell’s team) to a team already ’built-up’ with the big names of today’s basketball.

He was reprimanded for ’betraying’ the franchise, the fans, his teammates, and especially Westbrook… It is clear that Durant was, in fact, pragmatic above all. Namely, the legitimate desire to enable himself to reach the championship ring by changing the environment coincided with the disappointment in Oakland after the painful loss of the title from Cleveland. So, we got a new one, another one, and also the last one (so far) in a series of so-called ’superteams.’

Of course, this was not the first and is far from being the last case when a star wants to “take his talent somewhere else“… We remember, not so long ago, LBJ said this in a live TV show (2010) by which he announced his move from Cleveland to Miami, and along the way, he managed to make the whole basketball world laugh with his bad taste and disastrous marketing move. The fact is that all this ’TV spectacle’ later fell into oblivion, but it is also true that it was never truly forgotten. However, the two rings won with the Heat really helped shift the focus from ridicule to success on the courts…

Let’s be realistic. It is quite legitimate for a player, star, or superstar (especially the latter) to want to team up with someone else of his rank and thus either facilitate or confirm an already established personal class with some championship ring. And that has been the case for decades.

From the transfer of Chamberlain to the Lakers in 1968 until the already mentioned Durant, the NBA league’s history is full of attempts of clubs and players to achieve success with such moves. Even the greatest of all, MJ, was one step away from moving to New York in 1997, and only ’structural shortcomings’ (read: the New York Knicks could not pay Jordan) got in the way of the basketball trade of the century…

However, the problem is only that in a large number of cases, the title would remain in some magical way, unattainable to ’superteams.’ for a variety of reasons: it used to be the ego (or ’superego,’ if you will) of a superstar that prevented him from providing what he could, sometimes poor communication between coaches and players, occasional injuries, or simply bad luck that a better team – possibly another ’superteam’ – was on the other side.

But what exactly is a ’superteam’? How and when can we name a team this way? We will take into consideration the following simple rules:

1) The team must have several future members of the Hall of Fame, with at least one superstar among them.

2) The team already has some success before the arrival of one or more superstars, and with the new player, an attack on the title is realistically expected.

3) Such a team should be recognized by the rest of the league and the current champions as the biggest threat to take over the throne.

Which ’Superteams’ Justified Such Name?

If let’s say we are guided by these rules, from the group of the so-called ’superteams,’ many would drop out. And by that, we mean teams who, with media manipulation and the desire for sensationalism, were very often called such teams. However, in which average, at best above-average players and nothing more have played. If we use the already mentioned and improvised three-item standard, we could come up with a very interesting list of, say, 12 actual ’superteams’ that had more or less success.

Certainly, some teams justified the name ’superteam’ among which the Miami Heat and the Golden State Warriors stood out in recent years. Both won two championship rings having a ’superteam’ status. The Heat with Dwyane Wade (drafted), LeBron James (signed), and Chris Bosh (signed) in 2012 and 2013; the Warriors with Steph Curry (drafted), Klay Thompson (drafted), Draymond Green (drafted), and Kevin Durant (signed) in 2017 and 2018. As for the older ’superteams,’ the Los Angeles Lakers are without competition with four titles (1982, 1985, 1987, 1988), having Kareem Abdul-Jabbar (traded), Magic Johnson (drafted), and James Worthy (traded) in the roster.

In any case, after the convincing journey of Golden State and Kevin Durant to two consecutive titles, the transfer deadlines in the meantime brought new attempts of clubs and superstars, using abundant ’free agent’ status, to pair up with at least one more big basketball name and thus increase their chances of winning the ring.

We just wanted to give a shoutout to our friends at Betway. For the latest picks and predictions, check out the Betway Insider.