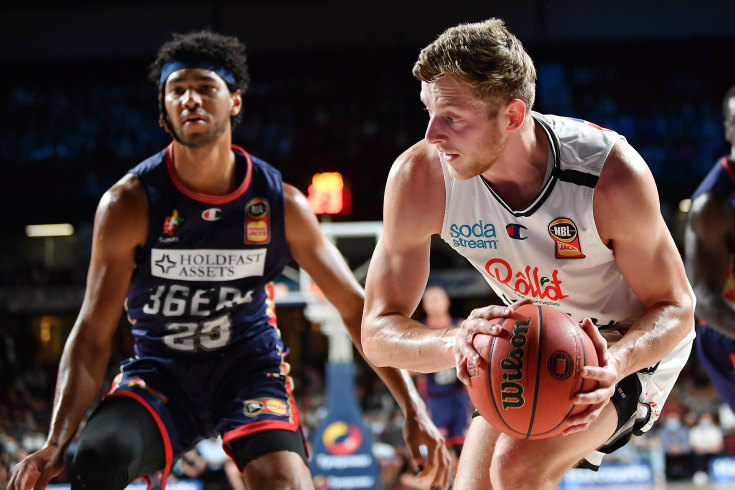 On Saturday night, Melbourne United beat the Adelaide 76ers with 97-78. It was Melbourne’s seventh consecutive victory and a consolidation of their place at the top of the Australian NBL standings.

Adelaide was coming off an impressive win over rivals Perth Wildcats in their first game in 31 days and would have fancied their chances of matching United on their home court, even with star center Isaac Humphries ruled out with a knee injury.

The 36ers exploded out of the blocks as well, opening up an early 12-point lead reminiscent of their start on Tuesday when leading the ‘Cats by 19 points.

That was as good as it got for the home side, outclassed by a well-drilled United playing as a unit and potent from all corners of the court. Melbourne United was not perfect, a third-quarter shooting lapse inviting Adelaide back into the contest.

However, the reality was Adelaide was never a real threat of mowing down a United side locking down on the defensive end.

Their renowned defense was on song, holding the Sixers to just 78 points. At the same time, they put up 97 themselves while hitting 14/36 from three, with captain Chris Goulding recapturing his usual role from Matthew Dellavedova going 6/12 for 18 points.

Mitch McCarron couldn’t get going offensively in his first game as Adelaide captain against the team he won a championship with – although he did finish with ten rebounds and seven assists.

Five Melbourne players finished in double figures, and United coach Dean Vickerman went deep into his bench to spread the load around.

Jo Lual-Acuil continued his standout season with 18 points, eight rebounds, and three blocks, while Next Star Ariel Hukporti was strong on both ends with 12 points and eight rebounds.

Brad Newley enjoyed his homecoming and shook off his battle with COVID-19 to post 10 points. Jack White (12 points, six rebounds) and Mason Peatling (11 points in the last quarter cameo) rounded out the top scorers, while David Barlow played a handy nine minutes in NBL game 350.

Sunday Dech earned the start for the 36ers in his second game of the season and produced 13 points, while Dusty Hannahs did what he could in his smaller role of less than 18 minutes with 12 points.

In just their second game in 36 days and only their seventh game of the season, Bruton said the 36ers are still finding their best rotations, and it’s not easy with players coming and going in terms of availability.

Sunday Dech played his second game of #NBL22 for Adelaide after a hematoma in his quad and opened the scoring for the 36ers. Dunks from Cam Bairstow and Daniel Johnson reflected Adelaide’s strong start inside, the Sixers opening up a 17-9 lead.

Mitch McCarron and Dusty Hannahs splashed some triples to compound United problems, but Shea Ili kept them honest with a three-pointer of his own.

Melbourne United locked in defensively to graft their way back from the free-throw line as they went on a 17-9 run of their own. Ili had the final say of the quarter, and it was United leading 26-24.

Adelaide had issues in the second quarter, giving United two offensive rebounds before Brad Newley hurt them with a triple.

The 36ers went on a six-point run of their own late in the quarter. A three-point play completed at the foul line by Hannahs hoisted Adelaide back to within seven at the main break.

Jack White and Matthew Dellavedova started the third quarter with long bombs for United, and all of a sudden, Adelaide was staring down a double-digit deficit once more.

Melbourne United simply had weapons everywhere, with Ariel Hukporti dunking in transition and backing it up with another bucket.

Again Adelaide surged, cashing in on Melbourne’s shooting, drying up in to close within six points heading into the final quarter.

Even Goulding seemed to lose his stroke temporarily, throwing up an airball to open the fourth quarter. He quickly made amends with a drought-breaking triple. He nailed another one for good measure, feet off balance, to push his side back out to a 14-point advantage.

It was the nail in the coffin as Adelaide could not bridge that gap. It also allowed Vickerman the luxury of resting star players ahead of a clash with the Brisbane Bullets on Australia Day.